Where Is the Confrontation Over Ukraine Headed? 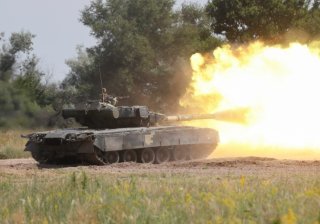 On January 5, the Center for the National Interest held an event on the conflict in Ukraine with the following experts:

Mathew Burrows is Director of Foresight, Scowcroft Strategy Initiative, and Co-Director of the American Engagement Initiative at The Atlantic Council. He is a former Counselor on the National Intelligence Council and head of the NIC’s Strategic Futures Group.

Anatol Lieven is a senior research fellow on Russia and Europe at the Quincy Institute for Responsible Statecraft. A former professor at Georgetown University in Qatar and at the War Studies Department of King’s College London, he is the author of numerous books on Russia and its neighbors, including Ukraine and Russia: A Fraternal Rivalry.

Douglas Macgregor, Col. (ret.) is a decorated combat veteran, the former advisor to the Secretary of Defense in the Trump administration, and the author of five books.

Cynthia Roberts is Professor of Political Science at Hunter College, CUNY, and a Senior Research Scholar at the Saltzman Institute of War and Peace Studies, Columbia University. In 2019, Prof. Roberts served as a policy adviser at the Joint Staff, Department of Defense in J-5, Strategy, Plans, and Policy.

George Beebe, Vice President and Director of Studies at the Center for the National Interest, and a former head of Russia analysis at the Central Intelligence Agency, moderated the discussion.

Questions discussed included: What factors will be pivotal in determining the prospects for war or diplomatic resolution? What key assumptions should the United States examine about how events might unfold? What kind of attack could Russia launch? And what might be the unanticipated consequences of various U.S. policy options?