Where India Fits Into U.S.-China Competition 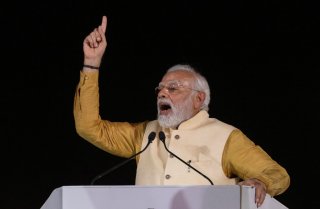 China’s economic and military modernization, which began in the late 1970s and early 1980s, has not only positioned it as a prominent actor in the international system but also focused attention on East Asia and the Asia-Pacific region in general. In short, in the last thirty or forty years, the global balance of power has shifted from the Atlantic to the Pacific region, led by China in particular. Naturally, the United States, the architect and leading actor of the current world order, has staked its future vision on the Asia-Pacific and the recently recognized Indo-Pacific region rather than the Atlantic, the Middle East, or any other region since the 2010s.

The United States clearly sees China as a rising power trying to change the status quo in the Indo-Pacific region. Therefore, for the last few years, the United States has not defined China as a strategic partner, as it used to, but as a strategic competitor or systemic rival. Yet factors such as China’s geographic, economic, military, and population size are forcing the United States to find partners which can help counterbalance or hedge against China’s growing power. In this context, U.S. chief of naval operations Admiral Mike Gilday stated in a seminar organized by the Heritage Foundation on August 26, 2022, that “India will be crucial partner for America in the future, playing a key role in countering China. India presents China with a two-front problem.” These statements, in fact, reflect the significance of India’s geopolitics in the U.S. strategic calculations. The Americans believe that India can act as an important second front in the U.S. rivalry with China or in the event of a possible conflict, keep China’s attention preoccupied on more than Taiwan and the Pacific region.

Less consideration has been given to how India perceives these trends. Would it be the right approach for India to align with the United States and the latter’s bloc policy against China? Compared to the United States and China, India currently has less influence among the countries of the Association of Southeast Asian Nations (ASEAN). If India wants to improve its relationship with these nations within the framework of an “Act East” policy, its alignment with the United States, which is an extra-regional player and perceived as an interventionist power, will not help raise its standing. On the contrary, it can have the opposite effect by creating the impression that the members of ASEAN must also choose sides in the U.S.-China regional rivalry.

In addition, U.S. actions to strengthen its Pacific alliances and partnerships and deploy 60 percent of its naval forces in the Pacific present India with both opportunities and risks. The United States and China may be the two most important actors in this century’s international relations, but India is this century’s most geostrategic country due to its ability to impact U.S.-China competition. Therefore, India’s position in the U.S.-China competition will not only determine whether it will be the third great power but also the course of global relations. Why should India align with the United States on the issues such as the East and South China Sea disputes or Taiwan, which are of little geopolitical concern to India? Such a misalignment would not make India the third major power in the future. Thus, it is essential for India to remain neutral in the U.S.-China competition, maintain strategic partnerships with both countries, and preserve its impartial position in East and South China Sea disputes.

Although border problems between India and China may increase the difficulty of maintaining a strategic partnership, it should not be forgotten that the United States cannot contribute to resolving these tensions.  This is due to the fact that, from Washington’s point of view, Indian-Chinese tensions are beneficial and desirable. As long as the existence of the problem is in Washington’s interest, it is impractical for the United States to be a part of the solution. Therefore, this can only be addressed at the negotiating table through direct dialogue between New Delhi and Beijing.

Finally, unless China increases its pressure on India and pushes it to align with the United States, India should not be included in the United States’ Indo-Pacific vision and contribute to the formation of bloc politics. In the early years of the Cold War, India remained neutral in the rivalry between the United States and the Soviet Union, becoming one of the leading countries of the Non-Aligned Movement under the leadership of Prime Minister Jawaharlal Nehru and embracing the five principles of peaceful co-existence. Since then, India has continued this policy and has not entered into an alliance with any country, except for its alignment with the Soviet Union during the later stages of the Cold War. In the current rivalry between the United States and China, if New Delhi joins the U.S. vision for the Indo-Pacific, it will only become a strategic pawn of the United States. However, what is most beneficial for India is for New Delhi to remain neutral between the two states, acting as a counterweight to both. By working to maintain a regional equilibrium, India can assert its interests while capitalizing on its geostrategic birthright.

Oktay Kucukdegirmenci is a Ph.D. candidate in the department of international politics in Shandong University in China. He can be reached at [email protected].