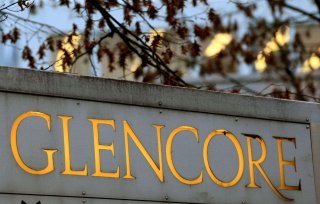 WHEN I was an undergraduate studying at Georgetown University, I used to listen to Al Jazeera English’s (AJE) coverage of global events—the Arab Spring was still in full swing at the time, and AJE’s reporting was second to none. On a May afternoon in 2011, one particular segment on Kamahl Santamaria’s show, Counting the Cost, stood out. Kamahl introduced a company that I had never heard of before: Glencore.

The company is a commodity trader—a business that focuses on the buying and selling of physical commodities, like grain, oil, copper, and so on. Most would dismiss this as relatively inconsequential; buying and selling commodities is one of the oldest kinds of trade in the world. What made Glencore stand out, Kamahl emphasized, was that “when one company has this much influence, through its size, and some say even its practices, then there is a concern.” He laid out the numbers: at the time, Glencore controlled 3 percent of the world’s oil market, 50 percent of the global copper market, 60 percent of zinc, and 9 percent of the world’s grain. “Think about the effect that would have on food prices,” Kamahl cautions, “the absolute basics for so many people around the world.” If controlling the food supply of entire nations isn’t a significant form of power, then what is?

Glencore, and other commodity traders like it, are the focus of The World for Sale: Money, Power and the Traders Who Barter the Earth’s Resources, a recent and rather instructional book by journalists Javier Blas and Jack Farchy. Blas and Farchy’s thesis is straightforward: far from being ordinary merchants, commodity traders are key players in the contemporary international economy—actors whose “control over the flow of the world’s strategic resources has also made them powerful political actors.” Yet despite wielding this immense wealth, influence, and structural power, this industry remains a relatively unknown force to most people—even fewer know its history, evolution, adaption to changing markets and technology, and modus operandi.

Drawing on over a hundred interviews with current and retired commodity traders, Blas and Farchy deliver an informed and eye-opening dive into the field of commodity trading—a world of swashbuckling merchant-adventurers, African dictators, Swiss bankers, and the suave yet ruthless empire-builders who may yet hold the future of global geopolitics in their hands.

THE WORLD for Sale opens up at the twilight of the Second World War, when an age of peace, combined with ruined cities and nations needing rebuilding, opened the door to a hitherto unprecedented bonanza for raw materials. The reader is introduced to the pioneers of the modern commodity trading business: the Hamburg-born Theodor Weisser, who crossed the Soviet border (despite having been a former Soviet war prisoner) seeking a deal to export Communist diesel and oil to the West; American John H. MacMillan, who went from learning the family grain business (Cargill) on the floor of the Minneapolis Chamber of Commerce to unleashing America’s grain upon the world, including to the Communist Bloc; and Ludwig Jesselson, who fled to America from Nazi Germany’s genocidal campaign against Jews and went from trading scrap in New York to being the veritable founding father of a dynasty of commodity trading companies—including Glencore—that exists to this day. These three men created the business model and professional culture that has guided the commodity traders over the past eighty-plus years.

The reader is taken on a whirlwind tour of significant events in the industry. For instance, the Great Grain Robbery—probably the first time that both governments and the public at large were exposed to the importance of the commodity trading business—is retold in delicious detail. Suffering from crop shortfalls in 1971–2, the USSR dispatched Nikolai Belousov—the head of the Soviet grain trading agency—to the West with a single mission: secure a food supply. Belousov met with John MacMillan’s successor at Cargill and negotiated an agreement to buy 2 million tons of grain over the next year. Blas and Farchy succinctly summarize the mood: “It seemed, at the time, like a good deal all round.”

Not quite. What Cargill didn’t know was that Belousov had already met with Continental Grain Company—completing a deal for $460 million in wheat and staple foods, a record for the time period—and would subsequently conclude similar trades with commodity traders Louis Dreyfus, Bunge Corporation, Cook Industries, and André & Cie. By quietly negotiating separate deals with the commodity traders, Belousov created a perfect storm for the markets:

Each trading house thought it was alone in cutting a big deal with the Russians, largely unaware of how much others had sold. When it became clear how much Belousov had bought, traders realized there wouldn’t be enough American grain to go around. In total, Belousov … bought almost 20 million tonnes of grains and oilseeds from the grain traders. The size of the wheat purchases was extraordinary: 11.8 million tonnes – equal to almost 30% of the US wheat harvest. … it was clear the US wouldn’t have enough grain to meet the combination of its own domestic consumption, the demand from traditional importers, and the extra purchases from the Soviet Union.

With contracts to fill, the commodity traders began buying, setting off a storm in food prices: over the next year, wheat prices tripled (which triggered a corresponding rise in meat prices) while corn and soybean prices also spiked. The public furor only worsened as more details came to be known: the U.S. government had little knowledge about such trading deals until after the fact, even less ability at the time to regulate such deals, and, to top it all off, the Soviet purchases had effectively been subsidized thanks to lavish U.S. export credits. The American taxpayer had lost $300 million due to the whole affair, without counting how much was spent by consumers on inflated food prices.

By the time he was finished, the communist Belousov had effectively pulled a fast one on the rapacious capitalists. Or did he? The commodity traders, taking advantage of their superior information network, placed significant wagers on rising food prices. Cargill, for example, “made millions through speculative bets on the market.” Despite losing $661,000 on the deal with Belousov, the company “reported net income of $107.8 million in its 1972–73 fiscal year, up nearly 107% from the previous year.”

Still, the episode was instructive: massive deals that could influence the price of crucial commodities, especially food, were being conducted by relatively unknown companies, and there was little that even the mighty U.S. government could do about it. The U.S. Department of Agriculture and the International Energy Agency began publishing regular supply and demand estimates for global markets as a result—these estimates are essential to any market participant today. Nonetheless, the small world of commodity trading attracted attention. That attention would only grow, especially over the next decade, thanks to the antics of one individual: Marc Rich.

BORN TO a Jewish family in Belgium circa 1934, Marcell David Rich—like many traders in Lugwig Jesselson’s company, Phillip Brothers—fled Europe when the Nazis began their march to continental domination. By the age of nineteen, he began to work in Phillip Brothers’ mailroom. His hard work ethic got him noticed: he was “always arriving first in the morning, greeting the other juniors with a sarcastic ‘good afternoon’ as they tramped in at 8:30 a.m.” After successfully predicting in 1954 that the price of mercury would rise due to demand—mercury was being used as a key component in batteries, particularly in military gear—Rich’s career took off. He became a modern-day swashbuckling merchant-adventurer, flying to Cuba to negotiate with the then newly formed Castro government; jaunting off to India, the Netherlands, and South Africa to secure more deals; and by 1964 was promoted to be the company’s office manager in Madrid.

It was in 1970 though that he began going down the path that would earn him his claim to fame: the oil trading business. As Rich himself recounted to his biographer, Daniel Ammann:

...the oligopoly of the [then-major transnational oil companies] Seven Sisters was coming to a halt. Suddenly, the world needed a new system of bringing the oil from the producing countries to the consuming countries, so that’s exactly what I did. I just thought it should be possible to trade oil despite the Seven Sisters.

Rich succeeded spectacularly, quietly taking advantage of the Eilat-Ashkelon Pipe (created to move Iranian oil to Israel after the 1967 Six-Day War) to sell Iranian crude to Europe. His appetite for high-return risk, a novelty in conservative Phillip Brothers, was so great that he was dressed down by Lugwig Jesselson himself. This, as it turned out, was an error that cost the firm a potential $50 million in profits from a single deal—more than the company “had ever earned in a year.” Rich wasn’t happy being constrained. By 1974, he and a number of other senior traders departed to start their own shop, Marc Rich + Co AG. Coincidentally, this may have been the height of Phillip Brothers. Later years would not be as kind, as it was renamed Phibro and has spent the past two decades or so being traded back and forth by larger companies—a shell of its former self.