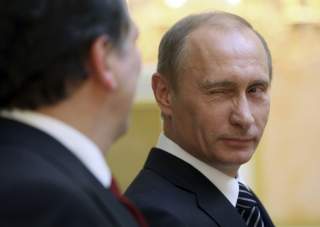 Russian president Vladimir Putin confronts a big dilemma that is not entirely of his own making. Putin cannot find a replacement for himself—a political clone, as he understands it. Among other things, a reliable successor would need to be modest, restrained in statements, loyal to the nomenklatura, liberal in everyday life, patriotic in public, flexible in international negotiations, able to balance between the extremes of his comrades-in-arms, and, most importantly, indefatigable and forbearing, obsessed with work, meetings, flights, negotiations.

Nor do Putin’s problems end there. He is afraid that he will not be able to protect his children and friends if he steps down from power. At the same time, he feels a sense of superiority over the political elite that works directly for him. He does not trust any pledges but believes in a predisposition of betrayal by his inner circle, which could crack under a combination of unexpected developments and opposition pressure. For Putin to delegate to his personal elite the management and ownership of such a complex and challenging asset as Russia would, in effect, amount to a foolish, irrational, and unnecessary solution because they are weaker and more irresolute than him.

Dmitry Medvedev, prime minister of Russia since 2012. He has no interest in working twenty-four hours a day for seven days a week. He is unable to make choices, tends to get involved in dubious initiatives (daylight savings time reform, four-day work week, badminton), maintains a distance from his own team, and, instead, emphasizes his association with only one team—Putin’s.

Valentina Matvienko, senator from St. Petersburg and Chairwoman of the Federation Council, has displayed no original ideas and exhibits total cynicism about politics.

Vyacheslav Volodin, chairman of the State Duma. He carries personal unlimited devotion to one person—Putin.

Sergey Shoigu, minister of defense. He is emotionally drained and has no real career ambitions; rather, he dreams of a quiet and peaceful retirement that only Putin can secure. He might want to take, under certain conditions, the position of the First Deputy Prime Minister, who oversees the development of Siberia and the Far East. This may also be in connection to receiving an advanced retirement package.

Sergey Lavrov, foreign minister. His situation is the same as Shoigu’s, with the exclusion of the position of Deputy Prime Minister for Siberia and the Far East. An alternative in his case could be the leadership of the Federation Council, with the same retirement benefits.

Sergey Sobyanin, mayor of Moscow. He lacks interest in public politics, detests engaging in crowd-pleasing activities, and is disinclined to be amiable. He is completely indifferent toward any high-level positions and careers, fearless of anything and anyone—a geek in this matter.

The position of the representatives of the security services bloc (Nikolai Patrushev, Secretary of the Security Council, Alexander Bortnikov, Director of the FSB, and Viktor Zolotov, Director of the National Guard) does not express the public interest, is not independent in nature and stems from the instrumental and functional purpose of their departments in Putin’s system of power.

So what actually looms for Russia? In my view, the true state of the upper echelon of the elite will be predetermined by the arrival of new persons from other, lower levels of power to lead the country after Putin. And this, considering that the circle of trust is very small within the Russian society, implies, for better or worse, an automatic and radical change of the elite who make key decisions in the government.

For now, it is these precise characteristics of today's “leaders” that form a collective mandate on their part for the status quo and preservation of existing practices and keeping Putin in power for an unlimited time. This strategy guarantees, although not with certainty, but with a significantly higher degree of probability, the preservation of autonomy and protection of property not only for them but also for their relatives and friends.

Putin, in turn, is interested in his employees’ loyalties as long as such loyalties are operational, i.e. as long as they allow him to effectively resolve the issues of power without undermining it.

An evolution in Russia may require personnel changes, which Putin will undertake, despite his open aversion to reorganization within the ranks of his comrades, one that may be triggered by a noticeable decline of statistical and sociological indicators of the current state of the Russian economy and society.

Konstantin Remchukov is an authority on Russian politics and the proprietor and editor-in-chief of Nezavisimaya Gazeta, an influential daily newspaper.