Who Would Cardinal Richelieu Bomb? 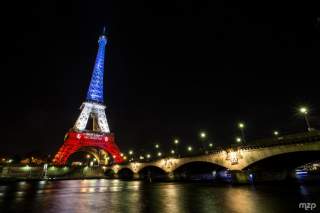 Vive la France has been a rallying cry in the wake of the recent Paris bloodbath at the hands of ISIS terrorists. While a deeply emotional response to the carnage of nearly 130 brutal murders is understandable, a cold-blooded assessment of how to confront the situation will prove far more productive in the long run than a knee-jerk reaction. The correct rallying cry should be raison d’état—national interest—not Vive la France.

In Paris’ wake, it seems ironic to once again invoke the specter of Cardinal Richelieu, as I have already once before done at the National Interest. However, rarely has there been a more propitious moment to again call forth the strategic acumen, ruthlessness and single-minded purposefulness of the Red Eminence.

Thus far the global response to the Paris attacks has been mostly predictable. The French have conducted over 150 raids throughout the country since the attacks. President Hollande has called this a war and begun bombing ISIS targets in Syria. Internal border control within Europe is making a rapid comeback. Even in the U.S., nearly half of U.S. governors are pushing back on allowing any future Syrian refugees to be settled in their states. Questions have arisen about invoking NATO’s Article 5. The West has begun discussing allying with Russia for the first time since the outbreak of the Ukraine crisis at the end of 2013. The only thing somewhat different from the expected is the constitutional modifications proposed by Hollande to increase state powers of surveillance and warrantless searches.

The problem with all of this is that it will likely give ISIS exactly what it wants.

Though a coordinated coalition intervention in the Middle East is far better than unilateral or ad hoc intervention, the major question must be: what is the endgame? It is all well and good to say ISIS will be crushed, that it will be pushed out of the territory it currently occupies, etc. Unfortunately, aside from the profound challenges associated with effectively coordinating such an intervention, it is not clear that it can be successful from a philosophical perspective. While driving a dagger into the heart of the self-proclaimed caliphate will likely reduce the immediate scope of the threat represented by ISIS, radical Islam has an uncanny capacity to morph and metastasize into virulent new forms.

Absent a long-term, permanent occupation, it is not even clear that ISIS will be permanently removed from the territory it presently occupies. It is far more likely to melt away, saving many of its followers for the day after the coalition departs. Further, and most ominously, propaganda gains from a series of “Christian, crusader” nations once again striking into the core of the Islamic world will keep the spirit of ISIS alive and well. Like a parasite, it will wait for the first opportunity to find a new host. Given the generational instability in the region, this won’t be too hard to discover. Consequently, even the best possible outcome, which is far from assured or even likely, for an external intervention is akin to a perpetual game of Whac-A-Mole.

So what would Richelieu do?

First, it is critical to realize that the West has yet to fully appreciate that the Middle East is in the middle of its own Thirty Years’ War. This point has been raised many times. In fact, this author made the case in the National Interest last year. Others, including the Council on Foreign Relations’ Richard Haas, former Secretary of State Henry Kissinger, military historian Martin van Creveld and the Asia Times’ pseudonymous “Spengler” have made the case as well. However, the political leadership in most Western nations does not appreciate the full implications of this analogy.

This conflict will end only through attrition and exhaustion. No outside solutions can be imposed. The various Middle Eastern actors themselves must grow tired or incapable of fighting and dying. This means years more of bloodshed. Before this is over, the death toll will be appalling. It is already in the hundreds of thousands. Tragically, there are no palliatives that can solve it. Peace will be achieved through the destruction of those that will never accept peace.

Unfortunately, Europe and the U.S. will suffer collateral damage so long as they leave their borders open and allow those that wish to achieve propaganda victories soft targets of opportunity. This is where Richelieu begins to emerge. It is the West’s raison d’état that should be of paramount importance, not ameliorating another civilization’s irreconcilable civil war.

First, border controls must be imposed. Though the vast majority of Syrian refugees are good people fleeing a hell on earth few in the West can comprehend, the responsibility for Western leaders is to defend their citizens. With no effective way to separate radicals from non-radicals coming from Syria, it makes little sense to place one’s own citizens in harm’s way. Deportation of clerics with radical messages will be necessary. Assimilationist policies will be necessary. Those that choose not to embrace the Western, liberal norms of peaceful coexistence with those of different (or no) faith in the nation wherein they reside will also need to be deported. While this will strike many as illiberal, representing a victory of sorts for the terrorists, this is really mere common sense. Those that incite or support wanton slaughter must be confronted. They should not be allowed to use the freedoms the Western world offers as a tool to advance hate and exhortations to violence. Anything less has been and will forever be a form of modern-day appeasement.

Secondly, the intelligence services of all the major powers should work collaboratively to target various other jihadist organizations and begin to sow dissension. Compare this to Richelieu, paying Protestant Sweden to ravage the Catholic territories of the Habsburgs in the seventeenth century, in order to avoid France being surrounded by enemies.

While the enemy of my enemy is still my enemy, not all enemies are created alike. ISIS, not Al Qaeda or any other of the assorted Islamist radical groups, is the prime threat of the moment. Taking advantage of cleavages between different groups and creating friction between them, especially various Sunni factions, makes sense. In other words, rather than putting “boots on the ground,” the West and Russia should work to keep various Sunni factions from aligning, while facilitating Shia factions such as Iran and its proxy Hezbollah to do the bulk of the fighting.

The present Middle Eastern conflagration must consume itself, as any fire, by using up all available oxygen. Most scholars estimate that Europe’s Thirty Years’ War consumed up to a quarter of the population where it raged. Those that think this Middle Eastern version can be stopped at less are certainly idealistic and, more likely, naive. The West must defend itself internally from those that promote an ideology of death while fomenting permanent division in the region until attrition and exhaustion force a peace, even if it is a Carthaginian peace. This may go against modern notions where peace can be created almost ex nihilo by mere understanding or the talking through of assorted grievances. Sadly, history shows that a more tragic understanding is a more accurate way of thinking about conflicts such as what we see in the Middle East today.

Richelieu would have understood completely.