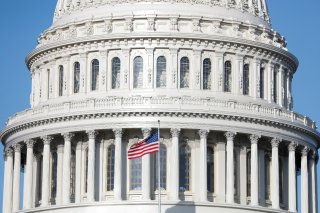 “Taking LGBT patient testimony seriously also means that parents should lose veto power over most transition-related pediatric care,” according to a research article published by the National Library of Medicine. The paper is written by a philosopher and bio-ethicist from Arizona State University, in a journal of medical ethics. Put in simple terms, and cutting down the academic jargon, the paper asserts that it is the state that should be responsible for children and not the parents.

It is easy to see how provocative the subject is. Consider the practical implications of this on parental rights. Parents are not able to decide what is being taught in schools. One can observe repeated incidents of parents in the United States rising up to take over school boards or voting for those politicians who are willing to legislate against ideology in the education sector. This constitutes a grassroots rebellion against what many on the right have called state-sanctioned propaganda. There are incidents when parents have been jailed for opposing the transition of their children. Now, we have a medical ethics journal advocating that parents should not have any right over their children if they decide to permanently change their gender. A broader battle over this is looming in Europe as well. For example, Hungary recently legislated that any depiction of LGBT or transgender relationships in shows targeted towards children will be considered propaganda. The EU responded by threatening Hungary, which has now resulted in Hungary declaring a referendum to seek public approval for more such legislation.

But apart from the political issues, a much larger question that needs to be debated is the quality of research on which public policy is being formulated and the effect that it has on democracy. To put it simply, if the research has an ideological bent, then can it be considered valid enough for policy? Also, what happens when ideological research meets democratic resistance? Who are the people in charge? Is that authority wielded by the ideological elites or the masses?

Various instances of political tilt by formerly neutral and objective scientific journals were seen recently during the American elections.

Prior to the U.S. election, Nature came out with four different articles taking sides. On October 15, it argued that scientists should get more political if they are “tired of being ignored.” It also endorsed Joe Biden for president. Prior to that, on October 8, Nature published an editorial arguing that science and politics are inseparable. Around the same time, Scientific American, the premier American science journal, also broke its long tradition of political neutrality to endorse Biden.

Meanwhile, Lancet, one of the oldest medical journals, has taken to publishing “personal view,” a section of analysis that uses “Marxist ecofeminist” analysis to warn of the influence of “neoliberal capitalism.” Public intellectuals are now regularly pushing deep and existential socio-economic change, due to “climate science.” College admission processes are being debated and relitigated over flawed admission data, which includes active discrimination against certain meritorious and clever students. Race-based healthcare is being proposed, based on “social justice and equity,” which in practical terms would discriminate based on racial criteria. In Germany, flawed social and sexual research has led to official government policies where foster children were put in state care and under the supervision of pedophiles. There were no consequences.

Faced with what seems to be an overtly ideological and increasingly totalitarian edifice, the natural reaction (so to speak), would be a predictable push for more direct democracy. The parental grassroots opposition to critical race theories in schools in the United States, for example, is qualitatively similar to Hungarian prime minister Viktor Orban’s suggested referendum on LGBT questions. One should expect more of that. In a democratic setup, when a significant section of the population feels that their political representatives are acting like overlords and are implementing policies based on questionable pseudoscientific theories which are divisive or dangerous, they elect people who would roll back those ideological policies. That would be the system working as designed. That either leads to the policies being rolled back, or a curtailing of democracy by the liberal ideological edifice. Put simply, history suggests that we would either see more reactionary policies resulting in a more conservative system and form of democracy, just as simultaneously we would see liberals turning against democracy, as was observed in post-Brexit Britain. Liberals would then seek to disenfranchise those voters who would go against their preferred mode of outcome. Either way, a significant battle is ahead.

Dr. Sumantra Maitra is a national security fellow at the Center for the National Interest, a non-resident fellow at the James G. Martin Center, and an elected ECR member at the Royal Historical Society.