Why America Needs to Rethink Its National Security Priorities 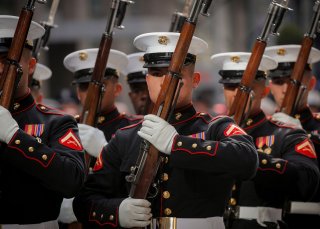 ﻿The leaders of the House Armed Services Committee just announced that they are postponing the scheduled markup of the National Defense Authorization Act to “a later time.” Good. It gives policymakers time to rethink their assumptions about what constitutes national security and how much money America should be spending on the military threats that have dominated traditional thinking.

By the end of March, the death toll from the coronavirus pandemic matched the toll from the 9/11 attacks and proceeded to zoom past it within hours. The ultimate fatalities from this terrifying virus will be anywhere from ten to a hundred times more than from that terrorist attack. September 11 fundamentally changed U.S. security policy and spending priorities. So should the virus.

For almost twenty years the defense budget has been sacrosanct. Aside from a brief dip after the passage of the Budget Control Act of 2011, it has gone relentlessly upward, and is now more than we spent at the height of the Korean or Vietnam Wars or the Reagan buildup of the 1980s. These massive expenditures were considered vital to our national security by both political parties. But now this period must come to an end.

As the $2 trillion stimulus package makes clear, the cost of fighting the Coronavirus pandemic and the coming recession will be enormous. Once America gets through this emergency, policymakers will need a long-term investment strategy aligned to the imperatives of the new world we face. Washington will have to shift its focus from the military threats of the past to the non-military threats—like pandemics and climate change—of the present and future.

Since the 9/11 attacks, Pentagon spending soared from $300 billion a year to the current $740 billion. We have spent over $11 trillion dollars on foreign wars, military equipment, pay, and operations since that attack by nineteen Saudi and Egyptian terrorists that—by one estimate—cost them less than $1 million to carry out. Counting veterans’ benefits, debt payments and other indirect costs, the United States has spent $6.4 trillion on the wars in Afghanistan and Iraq alone, with little to show for it. Yet at a time when Washington should be doing everything in our power to stop the global pandemic and prevent future outbreaks, the U.S. budget for global public health is just $11 billion per year.

The United States cannot continue this profligate spending. Americans cannot let stand a deal worked out last year between the Congress and the Trump administration to spend an additional $750 billion on the Pentagon in the coming fiscal year. America needs the funds; but does not need all the weapons the majority once considered vital, nor are needed as many soldiers, airmen, or Marines at a time when America’s best defense is global cooperation, not military confrontation.

Policymakers should pay more attention to those who warned America about this wasteful spending. Jessica Mathews, former president of the Carnegie Endowment for International Peace, wrote in The New York Review of Books last year that the current Pentagon budget is “indefensible,” and that “defense spending crowds out funds for everything else a prosperous economy and a healthy society need.”

Washington could start with the nuclear weapons budget. Current plans are to spend almost two trillion dollars on new nuclear weapons over the next few decades. America can safely reduce these programs. “Our budgetary priorities are grossly misplaced with our federal government positioned to spend $50 billion annually on nuclear weapons,” says Dr. Mark Volter, president of the Washington Physicians for Social Responsibility, in a state especially hard hit by the virus. “Rather than spend that money on increasing the risk of the extinction of humanity let’s spend it on protecting human health.”

Alternative plans would still provide an enormously destructive nuclear force for a fraction of the cost. The United States can safely postpone these new projects while policymakers sort out the best path forward.

American can also cut purchases for specific weapons already criticized for their excessive cost and poor performance. For the price of one F-35 fighter, Washington can buy 2,200 ventilators. And that’s just one small example. The Center for International Policy’s Sustainable Defense Task Force, a group of former White House, Pentagon, and Congressional budget analysts, retired military officers, and non-governmental experts from across the political spectrum, has estimated that America can save a minimum of $1.25 trillion over the next decade by reducing the size of the military by 10 percent, cutting excess bureaucracy, and forgoing the Pentagon’s unnecessary and dangerous nuclear weapons buildup. Those funds could be used to bolster and modernize the U.S. public health system with funds left over to begin to address challenges like climate change.

Shifting funds from military production to domestic programs will also increase the economic stimulus effect. Studies have long documented that spending on programs that produce domestic services and goods yield more jobs per dollar than military spending. Polls also show that the public, across party lines, strongly supports such a shift.

Now is the time to correct Washington’s long-term national priorities to address the real threats to U.S. security. There is no time to lose.

Joseph Cirincione is the President of the Ploughshares Fund. William D. Hartung is the director of the Arms and Security Project at the Center for International Policy and the co-director of the Center’s Sustainable Defense Task Force.