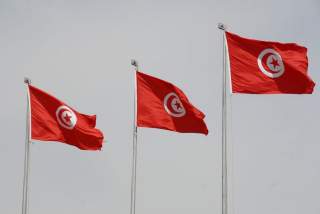 Tunisia has provided a glimmer of hope in a region that continues to be roiled by the aftermath of the Arab Spring. That hope risks being extinguished as the North African nation now grapples with the daunting challenges of governance. Tunisian goodwill alone will not keep the country on the right path. The international community must provide economic and technical assistance if hope is to be kept alive.

When Tunisian president Beji Caid Essebsi is in Washington this week to meet with U.S. president Barack Obama, the two leaders must use the opportunity to invigorate a dialogue on mutual interests and explore assistance and coordination programs. Given Tunisia’s promise of political pluralism in an otherwise volatile neighborhood, it is in everyone’s interest to aim for a comprehensive, strategic partnership.

Over the past four years, Tunisians have driven out a dictator, experienced tremendous polarization marked by high-profile political assassinations, launched a national dialogue, adopted a progressive constitution, held parliamentary and presidential elections and formed a national unity government.

Tunisia boasts an educated middle class and a robust civil society. In a recent trip to Tunis, we saw citizens engaged in the issues that matter most to them: from transparency to local governance to entrepreneurship and innovation. They openly and thoughtfully assess their country’s political situation and reflect on its potential and challenges in reaching it. This civic engagement is a natural, intrinsic and healthy mechanism that provides a check on any potential abuse of power as Tunisia consolidates its democracy through institutions.

Tunisians across the board recognize the challenge of tackling the country’s interlinked security and economic issues. They are aware of the risk that certain hardline or former regime elements within the government may use the excuse of fighting terrorism to clamp down on their rights. They are also worried that the delicate political coalition may render the government too weak to take on much-needed structural reforms or tackle rising crime. Either of these scenarios means sacrificing long-term security, stability and economic growth.

Undoubtedly, Tunisia’s security situation is fragile. The army has long faced low-intensity, but persistent, threats from jihadists along the border with Algeria. Growing lawlessness and continued conflict in Libya fuel fears that malevolent extremists, munitions and drugs will be smuggled across largely unmonitored borders. The terrorist attack at the Bardo museum in March underscored the fact that even the heart of Tunisia’s capital is not immune to such threats.

Even so, it is striking that a broad spectrum of Tunisians—including officials, unionists and activists—do not want a purely securitized relationship with the United States. They appreciate military assistance and understand their security apparatus is in need of training and equipment to confront unconventional threats, but they want a broader relationship with the United States.

Tunisians have long called for a free-trade agreement with the United States. Such an agreement, they believe, would send a clear signal that the small North African country has the confidence of the world’s economic powerhouse. But U.S. officials would first like to see Tunisians demonstrate that they are truly taking incremental steps toward structural economic reforms. So far, the Tunisian government has caved to pressure from the labor unions, most recently raising public-sector wages in a move that runs counter to recommendations from international financial institutions.

The United States can offer some confidence-building measures to encourage and incentivize Tunisian policy makers to address the most persistent challenges. Young Tunisians seek the opportunities created through educational and research partnerships with U.S. institutions of higher learning and vocational training. Tunisian entrepreneurs wishing to connect with change makers across the globe can be linked with innovative hubs in the United States. Activists advocating for decentralization to meet local community needs are eager to engage officials running American cities. Tunisian media, too, could greatly benefit from training in investigative journalism. And, of course, additional loan guarantees could help secure Tunisia’s access to international private capital.

Not all of these measures are directly linked to either the economy or security. But progress on one or more will ensure that stakeholders engaged in Tunisia’s political landscape operate more effectively. Moreover, it will help maximize prospects for emboldened leadership—in or outside of government—to skillfully navigate varied and sometimes conflicting interests to advance a vision and plan to move Tunisia down a path in which all Tunisians can feel invested.

A recorded message from Obama to an investment and entrepreneurship conference in Tunis in March was a symbolic move. The participation of Americans, including Commerce Secretary Penny Pritzker and former secretary of state Madeleine K. Albright, in that conference underscored the United States’ support for Tunisia.

Essebsi’s visit to Washington is critical to harnessing that goodwill. Tunis and Washington must think beyond security and consider ways in which the United States can help secure Tunisia, support its economic growth, strengthen its civil society and, by doing all of this, create numerous channels through which Americans and Tunisians can engage. These are bonds that will help build a solid foundation for the U.S.-Tunisia relationship.

Karim Mezran is a distinguished Libyan-Italian scholar who brings enormous depth of understanding to the transition in Tunisia and elsewhere in the region.

Lara Talverdian is a researcher at the Atlantic Council on the political transitions in North Africa.