Why America Is Still Great 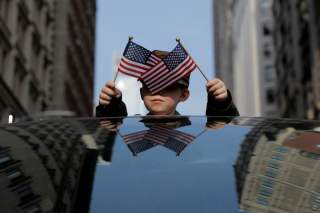 As the holidays commence, let’s focus on what Americans have to be thankful for, as difficult as it is to take one’s mind off the news that emanates from Capitol Hill and the White House.

One good reason to celebrate is that, unlike many other nations, quite a few democracies included, in which political differences have spilled into the streets, and there turned violent—ours have been almost completely peaceful. (Charlottesville is a very troubling but rare exception). Democracies are designed so that they absorb conflicts that are engendered by ideological, social, and economic differences into institutionalized channels and negotiate them in these institutions. So far, despite the startling rise in divisiveness, even our most diehard politicians have taken to the ballot box. The Tea Party made its first gains in primaries, then in general elections, and then in caucuses in Congress. Bernie Sanders calls for a “political revolution,” but he urges his millions of followers to vote and bring others to vote, not to mount the barricades. We have no Yellow Vests like those that block traffic and burn tires in France, no blood riots of the kinds that roil Spain, Chile, Bolivia, Pakistan, Iraq, and South Africa. Hong Kong may not qualify as a full-fledged democracy, but it too lost its capacity to resolve conflicts relying on due process, while we maintained it. True, we did have to contend with a rising number of hate crimes, but even these are higher in other countries.

If you cannot get into the mood, I suggest you take the family, I mean the whole family, and at least one neighbor to see A Beautiful Day in the Neighborhood. Have a happy, patriotic Thanksgiving.