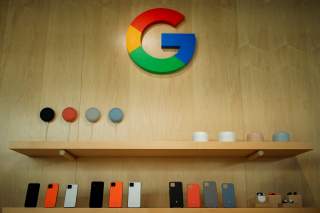 President Xi Jinping wants China to dominate artificial intelligence by 2030. But all it seems the Middle Kingdom’s new AI entrepreneurs want to talk about ancient history. Take Kai-Fu Lee, for example. Born in Taiwan, he emigrated to America at eleven years old. After earning a Ph.D. from Carnegie Mellon in the 1980s, Lee worked his way up at Apple, Microsoft, and eventually, Google. In his book AI Superpowers, he likens Chinese entrepreneurs to “gladiators” fighting in a new tech war arena, where it’s “kill or be killed.”

Electricity brought America’s early twentieth-century industrial revolution to life. Lee predicts AI will electrify China’s next tech boom. To meet Xi’s goal, he says China is raising a well-trained army, but not one clad in breastplates and helmets. No, this new army is made up of businessmen, software developers, and engineers who are hungry to make millions for China First. “The only recourse when an opponent strikes a low blow,” writes Lee, “is to launch a more damaging counterattack, one that can take the form of copying products [or] smearing opponents.” Other attacks come from China’s courts whose cybersecurity laws abet intellectual property hijacking. Unforgiving magistrates will imprison foreign competitors if they don’t submit their designs to a one-sided national security review.

But to see him up close, the bespectacled Lee certainly doesn’t look like a gladiator. In a July interview with 60 Minutes reporter Scott Pelley, he was quite genial in his finely tailored suit, but a bit reserved. The CBS News magazine featured Face+ +’s deep learning technology. In this setup, engineers vacuum tens of thousands of photographs and video clips. AI identifies individuals by age and height. It can get right down to the subtleties, too, like the color of a person’s shirt and pants. Face++ AI wraps itself around a person’s facial expressions and discerns happiness, sadness, or even confusion and distress. But when it came to politics, the discussion took a slight turn. “President Xi has called technology ‘the sharp weapon of the state,’” said Pelley. “What does he mean by that?”

These sorts of political assessments can be quite tricky for an expatriate inventor like Lee. In 2009, he left Google to start a venture capital firm that funded Face++ and other billion-dollar startups in China. Meanwhile, the Internet giant’s China-centric search engine, Google.cn, was under mounting pressure over YouTube footage of security forces beating Tibetan protestors. In 2010, the People’s Liberation Army (PLA) cyber soldiers delivered a crushing attack to Google.cn and revealed Gmail accounts belonging to human rights activists. Google.cn no longer operates in China. Still, Lee answered Pelley’s question but grimaced uneasily. “I . . . I’m not an expert in interpreting his thoughts. Don’t know.” Like so many venture capitalists in China today, he knows the unwritten rule. For the right price, anyone can enter China’s business arena, but there’s only one rule: stay out of politics. Savvy investors leave that to the experts in the Forbidden City so that they can compete for the ultimate prize.

For Silicon Valley players like Google, China’s 1.4 billion people represent a veritable goldmine. Xi commands the world’s second-largest economy worth $14 trillion. And, with the U.S.-China tariff tit-for-tat going on, it’s increasingly becoming more protectionist—all about “Made in China, for China.” The combined advertising revenues from China’s top internet giants Alibaba, Baidu and Tencent value China’s data mine at $67 billion. Facebook rakes in as much globally, while Google nets $102 billion a year, according to eMarketer. For Google’s search department back in Mountain View, CA the data mine’s draw was worth the risk. Search is an industry unto itself, and with the right browser, American advertisers for a price can promote their wares, and direct consumers to any product imaginable—from clothing and the latest gadgetry, to streaming media, self-driving cars, real estate and brokerage services. Former CEO Eric Schmidt sought to jump back into the arena despite the demise of Google.cn.

To get to the trove this time, Googlers in 2017 created Dragonfly—a modern, Chrome-like browser up to Western standards, but just porous enough to let state security censors peer inside users’ computers and smartphones. Schmidt even dispatched a team from his AI research lab, DeepMind, to help China harvest data for other deep learning projects. It was a winning combination until search returns for “student protest” and “human rights” made censors blush. Google capitulated to Beijing and left its DeepMind office under its control in July. Schmidt’s official version of the Dragonfly story touted the “many benefits” the censor-compliant browser could bring to China. To him, there could never be too much openness because, at least on the surface, he evinced a belief that Google could someday “help change China to be more open.”

All of that is, of course, rubbish. The Chinese Communist Party (CCP) would never allow a full-on opening of its society to a foreign competitor for any price. As for the Internet, the CCP has a nasty, Orwellian track record of reshaping history to suit its official version of the facts. After Iron Curtain fell in 1989 (thanks in part to Mikael Gorbachev’s glasnost, or “openness” policy) democracy and liberalism were on the march across the Soviet Union. China’s Deng Xiaoping was an early advocate of free-market reform, but he feared Russia’s calamity, if unchecked, might spell the end of communism in China too. Taking their cue from young Muscovites demanding freedom, students in Beijing revolted in Tiananmen Square. The PLA, of course, cracked down hard, faced with the dissolution of the party, and potentially modern China itself. Then, in the late 1990s, Cisco and Sun Microsystems fell into the glasnost trap. The companies happily ringed the country with servers and routers. With a nascent internet, both corporations saw an early opportunity to open China for business with the outside world. But Huawei, a wholly-owned subsidiary of the PLA, pilfered their designs and produced carbon copies. Later, they erected the Great Firewall of China—the largest computerized surveillance network in history.

Cisco and Sun couldn’t have foretold how the Great Firewall helped Chinese security services squelch China’s once raucous social media scene. WeChat, a microblogging service, exposed the Panama Papers’ disclosure and commentators brought allegations of Xi family members dipping their hands too deeply into the party’s coffers. Accusations of money laundering via offshore accounts followed. An anti-corruption campaign soon swept up Xi’s rivals, supposed heirs to the CCP known as the princelings. Censors stuffed the Panama Papers into the memory hole for good. For good measure, any mentions of Tiananmen or 1989 were wiped off the Chinese internet. As P.W. Singer and Emerson Brooking wrote in their treatise on social media, Like War, all that remains of that fateful year is “the number between 1988 and 1990,” and “the name of a computer virus.”

An illiberal, authoritarian, and economically powerful colossus has risen in Xi Jinping’s time. The 18th Party Congress in 2017 abolished term limits, effectively making Xi a “core leader” on par with Chairman Mao—a ruler for life. His AI-enabled social credit system—to be enacted next year—will measure how Chinese citizens conform to communist norms and values. Those with high scores achieve increased status with the party, while those with low scores will be subject to increased hounding by domestic spies. Counterterrorism agents in the meantime use AI-fueled surveillance to zero in on Muslim Uighurs and other Turkic minorities in Xinjiang province. Nearly one million ethnic Chinese are being held in what the United Nations has called “a massive internment camp that is shrouded in secrecy.” The government is ratcheting up the program nationwide, just in time for the CCP’s seventieth anniversary.

All of this is the uglier side of doing business in China’s tech war arena where regulation is scarce, and competition with the United States is tight. If AI promises to be as ubiquitous as electricity like Lee says, so will both nation’s reach into the private, personal lives of every American, Chinese, or global citizen. So, some lessons of history might be instructive at this point. China, of course, is well past the industrial revolution of Deng’s time. But during the turn of the twentieth century, America’s industrial revolution was in full swing. With the discovery of direct current, electricity coursed through U.S. mills and factories. Uninterrupted power and light brought limitless potential. But by 1906, Upton Sinclair’s The Jungle exposed the immoralities behind the American success story by illuminating the excesses of Chicago’s meatpacking industry. Politicians panned the book as a socialist diatribe at first, but it eventually inspired a wave of engineering professionalization and standard workplace practices that stretched a century. By 1918, the American National Standards Institute (ANSI) brought transparency, so that manufacturers and consumers alike intimately knew the tools they were using, and how to use them properly. More importantly, ANSI kept a respectful distance between industry and government regulators. A similar, international standards organization for algorithms—whose guiding principle is “do no harm”—might help curtail the odious side effects of a U.S.-China competition minus the official oversight.