Why Biden Should Pick Sharfstein, Not Woodcock, to Run FDA 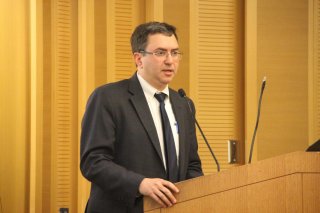 While President Joe Biden has announced his decisions for the secretary of health and human services and for the director of the Centers for Disease Control and Prevention, he hasn’t announced a choice for the Food and Drug Administration (FDA). He appears to be wavering between two candidates—longtime FDA drug regulator Janet Woodcock and former principal deputy commissioner Joshua Sharfstein, who is now at Johns Hopkins. Biden’s hesitation has created a battle royale among FDA veterans, public health experts, and pharmaceutical industry insiders over who is best suited to lead the agency through the coronavirus pandemic and to revive it. But there are multifarious reasons why the right nomination seems patently obvious. Woodcock is a creature of the FDA bureaucracy, while Sharfstein is an innovative government official and scholar.

Woodcock has served at the FDA for almost four decades and is currently the acting FDA commissioner, after assuming the role on the president’s first day in office. Before that, she ran what amounted to her personal fiefdom—the agency’s Center for Drug Evaluation and Research. She ruled it with an iron fist—“abrasive and imperious,” as one FDA insider puts it, who was “submissive” to the pharmaceutical industry and steadfastly refused to acknowledge responsibility when things went wrong. Exhibit A was her bungling of opioids. Woodcock’s handling of them earned her the reputation of presiding over one of the “worst regulatory agency failures in U.S. history,” according to an anti-opioid coalition letter in opposition to her nomination. Indeed, over the last few weeks, several anti-opioid advocate groups have publicly rejected Woodcock’s nomination, saying she and her division within the agency approved far too many opioids over the past twenty years. Sens. Maggie Hassan and Ed Markey have also raised serious questions about Woodcock’s deplorable decisions.

Woodcock has also sought to accelerate methods for pharmaceutical companies to produce experimental treatments, including new cancer drugs and therapies—a stance that generated support from dozens of patient groups, physician groups and industry groups. This week 85 cancer experts wrote Biden that Woodcock was “uniquely qualified” to be commissioner, citing her energy and leadership in finding countless developments for cancer research and other rare diseases. One of the signatures on the letter was a doctor who treated Beau Biden, the president’s son.

Woodcock’s principal rival for the top job appears to be Joshua Sharfstein. Sharfstein is a public health academic who would also bring agency experience to the job—he was Principal Deputy Commissioner at the FDA during the Obama administration—but his leadership would be vastly different from Woodcock’s. Sharfstein has been vocal in calling for agency changes, as he’s published numerous editorials calling for FDA reform. He’s also expressed unease about fast-track approvals of drugs. He has also proposed strengthening the oversight of drugs that are currently on the market but can be dangerous and lead to addiction like fentanyl. Sharfstein is currently Vice Dean for Public Health Practice and Community Engagement at the Johns Hopkins Bloomberg School of Public Health. He previously served as the secretary of health in Maryland.

It’s unclear when Biden will nominate a permanent commissioner, but several people expect the decision will be unveiled in the next month after the next round of coronavirus relief is passed. He would do well to bypass Woodcock, a retread who belongs to FDA’s yesteryear, and appoint Sharfstein, a visionary who could restore the luster of this once-proud government agency.