Why Brexit Matters for America 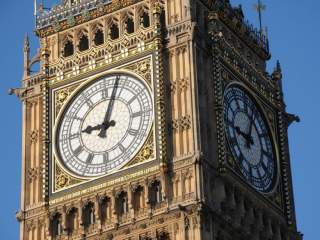 It’s official. After months of negotiations with his European counterparts, Prime Minister David Cameron has announced that a referendum on Britain’s membership in the European Union (EU) will take place in June of this year. The impending vote will have important implications for Britain and the rest of Europe, of course, but it also poses significant difficulties for U.S. foreign policy and the transatlantic relationship, too—and not only if the British people opt for “Brexit.”

The United States has supported the goals of political and economic integration in Western Europe ever since the end of World War II. Since 1989, the policy has been to support European integration more generally—that is, the incorporation of former communist countries into a pan-European political community. And throughout, the United States has lent strong support to British participation in the European project.

The reason is simple: Britain is regarded as being closer to the U.S. in terms of policy preferences than most other European states, especially the historic drivers of European integration, France and Germany. Britain’s “Anglo-Saxon” economic philosophy, the English language, and strong historical and cultural links with America—not to mention a recent history of integrated foreign policies in the realms of intelligence sharing, nuclear technology and war fighting—combine to make Britain a natural conduit for the U.S. when it comes to influencing European politics.

At times, Britain has cherished this role as a transatlantic bridge “between Europe and America.” Especially since its decline as a truly global power, serving as an intermediary on behalf of the U.S. in Europe has been one way by which London has maintained relevance in international affairs. Doing so has been an exercise in what has been called “middlepowermanship,” the art of dealing with international change in a way that is geared towards promoting stability and predictability.

During the Cold War, this meant Britain serving as a chief lieutenant in the American-led Western order; London was an enthusiastic participant in the NATO alliance and the Bretton Woods financial institutions, and a staunch proponent of European economic integration to balance against the Soviet bloc in Eurasia. After the Cold War, the challenge became one of finding ways to keep the United States and Europe aligned in a geopolitical context sans the looming threat of the Soviet Union—a daunting task that made Britain’s geopolitical role as a transatlantic bridge more important than ever.

But the appeal of such a role for Britain could only ever exist an elite level. Certainly, ordinary British citizens never rejoiced at the prospect of being America’s mouthpiece in Brussels. For the great majority of British people, participation in the European project was only ever justifiable on pragmatic and self-interested grounds: right-leaning voters saw Europe as a way to bolster the fortunes of British business, while left-wingers viewed Europe as a guarantor of workers’ rights.

Today, faith that Europe works to the advantage of ordinary Britons is at an all-time low. And in an effort to cater to this growing Euroskeptic sentiment, politicians—especially in the Conservative Party—have been eager to brandish their Euroskeptic bona fides. Instead of trying to lead public opinion on the question of Europe, they have instead shown a propensity for pandering.

It was pressure from the Euroskeptic right that led Cameron to agree to a referendum in the first place, for example, despite his personal conviction that Britain should remain at the heart of Europe and despite there being no obvious reason for a referendum to be held now, over two decades after the EU’s creation. Others have gone even further: Boris Johnson—the flamboyant mayor of London and a top pick for the next leader of the Conservative Party—has embraced “Brexit” in a seemingly cynical attempt to capitalize on popular frustrations.

Opinion polls often a mixed picture as to whether Britain will vote to leave or remain part of the EU. But whatever the result, the willingness of leaders like Cameron and Johnson to entertain Brexit (albeit to varying degrees) should be deeply concerning for strategists in Washington. The decision to hold a referendum on Brexit is symptomatic of a wider trend in British foreign policy toward allowing domestic political trends to determine the answers to long-term strategic questions, something that bodes ill for this once important ally’s already waning relevance in international affairs.

Consider the British Parliament’s August 2013 vote not to join U.S.-led military strikes against the regime in Syria. Strictly speaking, the British constitution does not require a parliamentary vote in order to authorize military action, but Prime Minister Cameron sought one anyway, only to lose in the House of Commons because of politicking by the opposition Labour Party and rebellious government backbenchers.

The result was to throw a major spanner in the works of President Obama’s foreign policy, complicating the process of putting together an international coalition to punish President Bashar al-Assad for the alleged use of chemical weapons. Not coincidentally, perhaps, the White House walked back from attacking the Assad regime in the days following Parliament’s vote. Ultimately, of course, the strikes never occurred.

Or consider Chancellor George Osborne’s vigorous courting of Chinese investment in the British economy, which saw Britain become the first Western state to join the Chinese-led Asian Investment Infrastructure Bank (over and above audible opposition from the United States) and roll out the red carpet for Xi Jinping last October.

For partisan reasons, the Conservatives feel that they need Chinese investment in order to bankroll the modernization of Britain’s vital economic infrastructure in the context of fiscal austerity. Without Chinese finance, the government would be forced to relax its plan to cut public spending or else incur the electoral costs of failing to renew infrastructure. In effect, the Conservative Party under Cameron and Osborne is prioritizing its domestic goals (and electoral ambitions) over the geopolitical consequences of this partial alignment with China over the United States.

Ongoing debates over whether to renew Trident—Britain’s controversial nuclear weapons delivery system—and high-profile cuts to the British armed forces can also be viewed as taking place primarily with reference to domestic politics and popular opinion; serious geostrategic calculations have been marginal to official discussions. Certainly, there is precious little evidence of these decisions being made in London with a view towards what would be in the greater good of the transatlantic alliance.

It should be deeply troubling from a U.S. perspective that decisions such as these are being made in Britain according to the perceived political self-interest of the political class, rather than with reference to some hardheaded strategic vision of Britain’s proper place in the world. The decision to hold a referendum on Brexit is only the latest and most egregious instance of this abdication of responsibility for forging a serious and coherent foreign policy.

Even if the British people vote to remain inside the EU, the competence of British leaders to steer their ship of state has surely been called into question. Observers in the United States would do well to take note of the likely long-term implications for the transatlantic alliance.