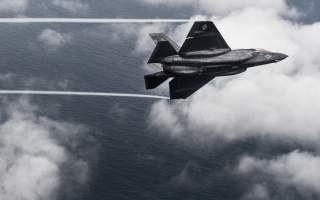 Now we know how the attempt to reconcile House and Senate versions of the National Defense Authorization Act (NDAA) is going. It’s not.

The tip-off came this week when, Jim Inhofe (R-Okla.), chairman of the Senate Armed Service Committee, introduced the so-called “skinny” NDAA. Filing a slimmed-down defense policy bill is a very public way of calling attention to the stalled conference negotiations.

The House and Senate arrived at their versions of the bill by very different paths. The Senate version of the NDAA was passed on June 26 with wide bipartisan support—an 86-8 vote. Meanwhile, the House passed its version on a strictly partisan vote of 220-197.

The stage for the House floor vote had been set earlier when House Armed Services Committee Chairman Adam Smith (D-Wash.) moved the bill out of committee with zero Republican votes. That action broke with years of precedent, where cross-party collaboration was valued during mark-up.

To attract the votes needed to pass the NDAA on the House floor without any minority support, Democratic leadership hastily approved a heap of last-minute amendments regarding climate change, transgenderism, and other progressive hot-button issues, most unrelated to improving the nation’s defense.

Political science theory would anticipate that House negotiators would move their positions closer to the center during reconciliation discussions with their Senate counterparts. This would also help align the final bill more closely to the preferences of the median voter. However, Inhofe’s introduction of a skinny NDAA indicates that the process has not unfolded in any such rational manner.

If negotiations were moving along with compromises being made, conferees would simply continue working through the well-documented differences between their bills. The skinny NDAA likely represents an attempt to salvage negotiations that have broken down—a way for Inhofe, to create some sort of traction in the negotiations in conference.

The provisions introduced in “Essential National Security Authorities Act for Fiscal Year 2020,” the formal name of the skinny NDAA, are a reminder for the conference negotiators that there are important authorities that need to be extended. Authorizers should regard the expiration dates as can’t-miss deadlines.

On a more positive note, the skinny NDAA provisions also serve to suggest that there are at least some areas where Congress should be able to reach bipartisan consensus on how to proceed with our national defense—that there are basic concerns untouched by the partisan cleavages that the House chose to insert in its legislation.

Lawmakers have been able to cast aside their differences and work out a defense authorization bill for 58 straight years—a record that other federal agencies must look at with envy. For example, the Department of Homeland Security has not had an authorization bill passed since its inception in 2002.

But if Washington is to give our country the “eternal vigilance” it deserves, an annual appropriations bill is not an unrealistic ask. As CSIS defense budget analyst Todd Harrison says, “Congress should instead focus its energy on finishing the full authorization bill in a timely manner.”

The skinny NDAA is a way to re-energize the conference process and re-focus both chambers on finishing the authorization bill, even if all they can agree on is a stripped-down version. Hopefully, Inhofe’s gambit will have that effect and move the House NDAA closer to a bipartisan consensus.

Frederico Bartels is a policy analyst specializing in defense budgeting in The Heritage Foundation’s Center for National Defense.