Why Canada Must Protect its 5G Networks from Huawei 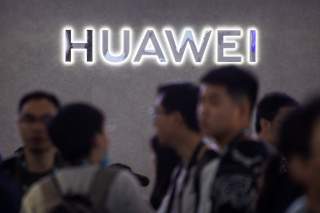 The introduction of 5G technology, along with its promise and challenges, has led to a transformational debate in Canada—as it has amongst many of Ottawa’s partners and allies around the world. Front and centre for Canada is the potential role of Chinese telecommunications giant Huawei in such a next generation network. In order to address this question, the government of Canada has been conducting an intensive security review—which remains ongoing—on the implications of potentially including Huawei in its 5G networks.

Magnifying the stakes of the looming verdict on Huawei, is an increasingly troubled relationship between China and Canada. Two Canadian citizens—Michael Kovrig and Michael Spavor—remain arbitrarily detained in China since last December. Beijing accuses the two of stealing state secrets and guilty of espionage, but fails to produce any evidence to support such a claim. Kovrig and Spavor were arrested nine days after Canada’s arrest, on extradition request from the United States, of Huawei chief financial officer Meng Wanzhou. Despite China’s attempts to downplay any linkage, it is clear that this was no coincidence and unfortunately the fates of Kovrig and Spavor have been unfairly tied to the extradition case of Meng. They have also rebuffed high-level Canadian efforts to have a dialogue on the matter.

But this has not just be a misguided case of tit-for-tat. Beijing has been responding in other asymmetrical ways to coerce Canada into both releasing Meng and also lobbying against a Huawei ban in 5G networks. China has moved to block imports of canola seeds from two of Canada’s largest exporters, claiming that shipments were infected with pests. Beijing is also looking to put new customs hurdles on other items, including pork, in an attempt to punish Canada for its “backstabbing” of China , as soon to depart Chinese Ambassador Lu Shaye previously remarked. For Canada to submit to Beijing’s demands to release Ms. Meng, as one former Canadian prime minister has suggested, would also set a dangerous precedent that transcends relations between Ottawa and Beijing. This type of move would indicate to China that it can exercise “might before right” to bully middle powers into concessions.

While these developments in Canada-China relations may seem disconnected to the issue of 5G and Huawei, they are in fact an instructive warning. Canada’s security review on 5G comes at a critical inflection point with regard to the international rules-based order and China’s ambitions through its rapid rise – both in economic and military terms. The United States has labelled China as a “strategic competitor” and taken a much harder and more realistic view on its ability to induce Beijing to be more accepting of international laws and norms, whether it be in the international trade domain or on maritime security. Washington has also drawn a line in the sand on the dangers of Huawei, through its recent decision—through an executive decision by President Trump—to effectively ban technology companies to include the firm in their supply chains.

Canada’s other allies in the Five Eyes—an intelligence sharing network between the United States, Canada, the United Kingdom, Australia and New Zealand may have different articulations but share similar assessments on China’s increasingly aggressive and destabilizing efforts. This is particularly the case in the intelligence world, where Beijing is conducting an expansive and multipronged effort at illicitly gathering sensitive information—both in the public and business domains—from the United States and its allies. Other key international partners, such as Japan, have also decided to exclude Huawei from their 5G plans for national-security reasons.

Huawei claims that it is a private company—similar to Apple or Google—and is being unfairly treated by the United States and its allies. But the reality remains that Huawei is a company beholden to higher laws that could—and most likely would—make it a tool for state-sponsored espionage. Case in point is China’s 2017 national intelligence law which compels private companies to “support, cooperate and assist” with state on issues of national security and intelligence. Such activities could include the implantation of backdoors into its networks that allow Chinese intelligence officers to collect information on foreign stakeholders.

Ensuring proper management of the security risks associated with 5G technology will be one of the most critical challenges for Canada and must be done in close coordination with private sector stakeholders and international allies, especially its Five Eyes partners. The western intelligence agencies are generally well equipped to mitigate risks of potential espionage in the short and medium term. This is true also with Huawei networks. The challenge however is that the capability gap with China’s vast intelligence network is narrowing and there can be an overconfidence on the ability to manage the risks. This point is crucial in light of the recent debate in the UK, where the lame duck cabinet of Prime Minister Theresa May vigorously debated its ability to manage risks from Huawei’s inclusion—at least if limited to peripheral areas of its 5G network.

Huawei’s potential inclusion in Canada’s 5G network should also be viewed in its own context. While we share similar concerns other Five Eyes partners, Canada is uniquely at risk because of the interoperability and fusion of our telecommunications infrastructure with the United States—which has been open about its ban of Huawei from its networks. And, seeing as Ottawa has already taken the step to ban Huawei from its government networks, it would be puzzling to Canadians if it would then decide that it is not also a threat to its commercial infrastructure.

Finally, Canadians have consistently voiced their opposition to Huawei’s inclusion in 5G networks. According to a recent poll by Nanos research, only 22 percent of Canadians support including Huawei. Similarly, a poll released this month by the Asia-Pacific Foundation of Canada notes that nearly two-thirds of Canadians are likely to oppose Chinese foreign direct investment in the high-technology sector, more than doubling the skepticism of other Asian partners such as Japan and South Korea which are seen more positively.

For Canada, we should not take such a risk and exude overconfidence at our ability to be able to hope for the best, and mitigate the rest. Canadians deserve to reap the benefits of next generation technology and will do so, but not at the cost of its national security and that of our allies. This does not mean that we need to cut off or downgrade our relations with Beijing. There is no option but to engage with China and it remains in Canadian interest to do so. But this engagement must exist on an equal footing, and in close consultation with our friends and allies, and not through coercion.