Why China Is Wooing Eastern and Central Europe 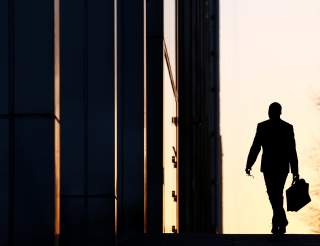 Heads of smaller Central and Eastern European countries simply do not enjoy the same level of access to Beijing that the leaders of major Western European countries do. While the multilateral format of 16+1 has been criticized for diluting EU unity, it is often the best means for Eastern and Central European leaders to “get in the room” with Chinese leaders, and even then, they have to settle for Premier Li Keqiang, as opposed to General Secretary Xi.

One grievance held by CEE leaders is that when they court Chinese investment they are accused of diluting EU unity or of becoming proxies for Chinese influence, but when Western European leaders interact with Beijing they are credited with acting in the best interests of their countries and the EU. A spokesperson for Czech President Zeman captured the ill-will that Europe’s China double standard has engendered with a tongue-and-cheek response to Western European criticism of Czech efforts to attract Chinese investment: “Those that have expressed such criticism offend our Western allies who collaborate extraordinarily tightly with the People’s Republic of China.” Caustic language aside, there is some truth to this remark. For example, over the past decade and a half, Western Europe has attracted vastly higher levels of Chinese investment than Central and Eastern Europe. According to the China Global Investment Tracker, from 2005 to 2018, three of the top ten destinations for Chinese foreign-direct investment destinations were Western European EU members ($73 billion to UK; $37.5 billion to Germany; $22 billion to France). With the exception of Russia, no CEE country topped ten billion in cumulative Chinese investment over the same period.

As countries such as Hungary lurch towards “illiberal democracy,” European leaders will be sorely tempted to reduce, or even eliminate, flows of structural funds (subsidies) to member states that do not conform to the EU’s liberal democratic norms. This idea has started to gain traction in Berlin, which has become frustrated by the refusal of the four Visegrad Group countries—Poland, the Czech Republic, Slovakia and Hungary to take in refugees or adhere to the rulings of the EU court of justice. According to Der Spiegel, these four countries alone have received approximately 150 billion euros in EU subsidies since 2007 (around $175 billion U.S. dollars), which far outstrips the investment they have attracted from China. Michael Roth, the senior German Foreign Ministry official responsible for EU policy, has stated that member states that do not abide by EU values will see this “have an effect on the allotment of EU funds.”

Leveraging allotments of structural funds would be a powerful tool for the EU to enforce cross-bloc cohesion. However, linking provision of structural funds to CEE countries’ behavior should be done carefully, and only resorted to when an EU member state government is undermining democratic institutions such as rule of law or freedom of press. If Brussels opts to reduce or withdraw structural funds over policy differences on divisive issues such as accepting refugees, this will only deepen the EU’s East-West split. As Benner and Jan Weidenfield observe: “a majority of voters in the targeted countries (Hungary and Poland, in particular) broadly support their government’s position on restricting the number of migrants.” By contrast, per Benner and Weidenfield, linking funding to respect for rule of law and free media is a much easier sell because “the Hungarian and Polish governments will have a much harder time convincing a majority of their voters that it is worth foregoing massive EU funds in order to clamp down on free speech.” Despite their frustrations with the governments in Budapest and elsewhere in Central and Eastern Europe, Brussels and Berlin should resist the temptation to tie structural funds to disagreements over policy (no matter how normatively charged) such as the refugee issue. Doing so, will only push Central and Eastern Europe deeper into China’s embrace, and divide the EU further still.

John S. Van Oudenaren is Assistant Director at the Center for the National Interest.