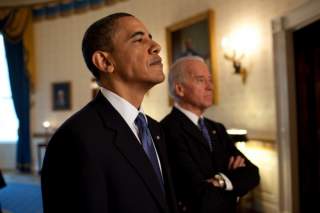 President Barack Obama would have the Congressional debate on his nuclear pact with Iran focus on its technical details contained in the publicly released document, although reports of numerous side agreements and letters that have not been released raise questions about the full scope of the pact. The Obama administration, however, habitually suffers a preoccupation with tactical minutia and neglect of sound strategic thinking. Focusing exclusively on the technical details of the nuclear deal in the Congressional debate would be akin to examining tactical “weeds” at the risk of missing the strategic “forest.”

Tehran masterfully parlayed President Obama’s hunger for a foreign-policy legacy showcase into a pact that would preserve Iran’s robust, diverse and sophisticated nuclear program. Iran’s nuclear program, which Tehran clandestinely operated for years in violation of the Nonproliferation Treaty (NPT), would be legitimized in the eyes of the international community, releasing Iran from international economic, political and military sanctions. Tehran diplomatically accomplished all of this without altering its militant Islamic ideology, authoritarian repression at home, or its aid and abetment of terrorism and paramilitary operations abroad. In short, Iran has shown the world that crime does indeed pay.

President Obama no doubt is looking to cement his presidential legacy with a bold and transformative play with Iran much as President Richard Nixon did with the opening of American relations with China. Obama administration officials are profoundly wrongheaded, however, in thinking that these relationships are in any way analogous. President Nixon established a relationship with China to balance the Soviet power during the Cold War. The Obama administration, in contrast, is gifting Tehran with a preponderance of power in the Middle East to the detriment of American, Israeli and Arab security interests.

American commentary—especially in academic circles—lambasts Israel for opposing the nuclear agreement. But the discourse neglects the fact that Israel once had close ties with Iran under the shah and would love to return to those days of security cooperation. The Israelis know too well, however, that the Iranian regime remains ideologically hostile to Israel in particular and the West in general despite Iran’s demographic youth bulge. The Israelis live in Iran’s proximity and see more clearly than any senior Obama administration official Iranian-sponsored violence on the ground such as Iranian Revolutionary Guard forces protecting Assad’s regime in Syria, Iranian monetary and military support for Hamas in Gaza, and the building-up of Hezbollah rocket and missile inventories in Lebanon to ready for the next round of warfare against Israel.

The Israelis, along with Arab Gulf states, are gravely concerned that they will have to bear bloody costs for President Obama’s naiveté and largesse with Tehran. Iran’s conventional military capabilities, thanks to international sanctions, are no threat to Israel or the Arab states today, but they will be after Iran gains economic windfalls from sanctions relief and modern arms purchased as promised by the nuclear pact. Iran’s efforts to build up its ballistic-missile forces have been hampered by international sanctions, but those barriers would be lifted under the nuclear pact. While President Obama is comfortably tending to his presidential library at the University of Chicago, the Israelis and Arabs might be facing “Obama” missiles tipped with “Barack” nuclear warheads fired from Iran in another round of Middle East war.

The Obama administration strangely proclaims that the agreement with Iran is strictly limited to the nuclear issue. And yet, the pact’s terms would infuse Iran with cash and the ability to buy modern conventional military capabilities and ballistic missiles. If there is a bright side to Obama’s policy madness, it would lead to a huge windfall for American defense contractors selling ballistic-missile defenses and weapons systems to Israel and the Arab Gulf states to counter future Iranian military capabilities.

President Obama is upending long-standing American strategy in the Gulf with his alignment with Iran. Since the 1980s, American security policy aimed to prevent either Iran or Iraq from dominating the Gulf. The Arab Gulf states today judge that the United States has allowed—either by design or foolishness—Iran to emerge as the dominant political influence behind the Shia-dominated government in Iraq. They see the “smoking gun” evidence in Baghdad’s reliance on Iranian-backed militias and Revolutionary Guard forces to counter the Islamic State’s capture of Iraqi territory. The Arabs, moreover, view the Obama administration’s  policy in Syria as feckless, marked by the refusal to directly target the Assad regime, timid and sluggish support for training and arming Syrian opposition forces, and allowing Islamic State sanctuary in Syria to support its reach into Iraq. The Arab Gulf states judge from this collective body of evidence that the Obama administration is squarely lining up behind Iran in the Shia-Sunni civil war in Islam.

Obama administration officials may argue that the nuclear deal would transform American-Iranian relations as they argue arms-control agreements did for American-Soviet relations during the Cold War. But the most significant cuts in Cold War weapons followed and did not precede political changes in Moscow, the likes of which we do not see today in Iran. The Conventional Armed Forces in Europe Treaty, for example, came about only after the Soviet Union’s national-security policy reoriented under Mikhail Gorbachev to see the West as a potential partner. With daily ridicule, criticisms and outright hostility against the United States coming from mouths of senior-most Iranian officials from the supreme leader to Revolutionary Guard commanders, it is painfully obvious that Tehran has not reached its “Gorbachev” moment.

Iranian domestic policy shows that the regime has not profoundly changed. The Tehran regime ruthlessly suppressed the 2009 so-called “Green Movement.” It closely monitors Iranian access to the Internet and social media, and it dictates editorial lines. BBC News reports, for example, that the clerical regime has ordered Iranian media not to criticize the nuclear accord. The Iranian regime persecutes religious minorities such as Christians with harassments, detentions and arrests. It also detains and arrests Iranian-Americans on trumped-up charges of espionage, such as Washington Post reporter Jason Rezaian. And the clerics and their security forces crack down hard on any sign of domestic unrest, lest it gain momentum and grow into the scope of the unrest witnessed in 2009 or in the 2011 so-called “Arab spring.”

Iranian foreign policy, too, shows that the regime is not moderating. Iran’s Revolutionary Guard and its Lebanese Hezbollah allies have been fighting a nasty war to keep the Assad regime in power in Damascus. Iranian manpower, military supplies, intelligence and financial aid—along with that coming from Russia—have been critical lifelines for the despicable Assad regime that has killed hundreds of thousands of Syrians and made millions more refugees in neighboring countries of Jordan, Lebanon and Turkey. Although Hezbollah body bags are returning home for burial in Lebanon, the militia remains committed to the bitter fight to preserve the Iran-Syria-Lebanon axis.

The easing up of economic sanctions would empower Iran to double down in support to allies such as Hezbollah to threaten, wound and kill Americans as they have for more than three decades. The Iran-Hezbollah alliance started its campaign killing Americans in the 1980s in Lebanon with the kidnapping of American citizens, the killing of the CIA station chief, bombing of diplomatic facilities and a military barracks that killed 241 Marines. The Iran-Hezbollah alliance in 1996 bombed Khobar Towers in Saudi Arabia and killed nineteen American servicemen. More recently, the Iranians and Hezbollah aided and abetted Iraqi Shia militia operations in Iraq that killed at least five hundred American servicemen, according to a recently released Pentagon tally. Despite the American blood on Iranian and Hezbollah hands, both Republican and Democratic presidents failed to militarily retaliate against Iran, giving Tehran little reason to flinch should more opportunities to kill Americans appear in the future.

The Obama administration’s claims that “all options are on the table” in regard to Iran have rung hollow for years. Iranians, Arabs and Israelis came to the opinion that the Obama administration was committed only to withdrawing from the region with the 2011 pull out of American troops from Iraq and the commitment to withdraw forces from Afghanistan under an artificial 2016 deadline. To be sure, large American troop deployments in both Iraq and Afghanistan could not be sustained indefinitely, especially in light of emerging security challenges with China and Russia. But they could have been more adroitly scaled down to avoid creating sudden power vacuums the likes of which the Obama administration opened in Iraq, which was then rapidly filled by the Islamic State.

Any reasonable doubts among Iranians, Arabs and Israelis that President Obama had the resolve to credibly threaten force against Iran were validated after watching his mishandling of crises in Syria, Iraq and Ukraine. President Obama and his national-security lieutenants publicly signaled that American force was to be used against Syria in 2013 after Damascus repeatedly crossed Obama’s chemical weapons “redline.” The Israelis and Arabs were dumbfounded when Obama abruptly deferred the decision to use force to Congress. Syria today appears to still be harboring chemical weapons and using them against opposition forces while the Obama administration looks the other way. Obama’s timidity was underscored with his “no boots on the ground” pledges in the campaign against the Islamic State. President Obama’s lack of grit is on display with his failure to provide lethal military assistance to Ukraine out of fear of provoking Russian president Vladimir Putin, whose military, paramilitary forces and intelligence agencies are hard at work killing Ukrainians and destroying the country.