Why the Coronavirus Won't Transform International Affairs Like 9/11 Did 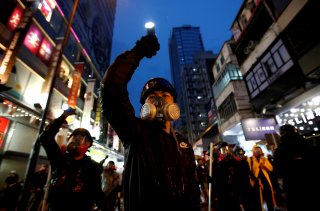 Have we entered into a “new era” in international affairs? Will March 2020—specifically 3/11, the day in which the United States began to reconfigure its domestic social and economic structures to cope with the coronavirus pandemic—become this generation’s 9/11 moment?

Over the past month, there has been a plethora of pieces arguing that the coronavirus crisis has changed everything and that this modern-day plague marks a bright dividing line between the uncertain present and the preceding “post–9/11” era. Just as Derek Chollett and James Goldgeier coined the “11/9 to 9/11” tag to describe the period between the Fall of the Berlin Wall (the end of the Cold War) and what George Will famously described as the end of America’s “holiday from history,” does the coronavirus mark a similar sharp break? In the future, for instance, when we resume flying, will screen at the airport be less concerned about three ounces of liquids and gels and more focused on whether we are wearing masks, with body scanners reconfigured to detect temperatures and health conditions rather than concealed weapons?

In the weeks following the September 11 attacks, including at a special symposium held at the National Interest, the question was raised as to whether the fight against Al Qaeda and international terrorism would become the new central organizing principle of U.S. foreign policy. After all, Osama bin Laden’s rash strike and his penchant for making enemies had produced a rare convergence where, in the remaining months of 2001, the United States, its NATO allies and its partners in East Asia, but also Iran, Russia, China, India, and Saudi Arabia were all on the same page regarding the threat posed by Al Qaeda. At least for a time, bin Laden had ameliorated great-power competition.

In talking about the pandemic, Bill Gates could repurpose statements made by President George W. Bush and simply substitute “coronavirus” for terrorism. Gates believes that the threat of this pandemic unites all countries in a common fight and that eradicating this scourge ought to become the central task of every country’s foreign policy. If, over the last several years, the fight against terrorism was losing its luster and the post–9/11 proviso that the United States was threatened more by problems emanating from weak states than strong ones was being replaced by a return to competition among the great powers, then will the coronavirus cause countries to disavow power politics and place a greater emphasis on health and human security?

Make no mistake, the coronavirus is having an impact. It is testing existing alliance relationships and causing fractures in the current setup of globalization. It is challenging the wisdom of over-relying on a single great global-market continuum to provide goods and services necessary both for prosperity and security. But we have not had that one single shock, as in 9/11, which leads to a pause. The coronavirus has not led North Korea to cease its provocations across the DMZ or to stop missile testing; it has not induced the Islamic Republic of Iran to abandon its nuclear program; it has not paused Chinese efforts to create a “new normal” in the South China Sea nor caused Russia to disgorge Crimea. Coronavirus is not becoming the central organizing principle but rather one more factor that countries must deal with in charting their foreign policies.

Nor is it automatic that the damage caused by the pandemic is viewed equally by all states. What we have seen instead is a mix of cooperation and confrontation, based on how each power assesses its interests. China and Russia will not hesitate to take advantage of any openings that are created by the friction that coronavirus has created in the U.S. relationship with its allies, while the United States will not be disappointed if the challenges of coping with the pandemic create serious strains for Xi Jinping or Vladimir Putin in terms of their domestic governance. China has made its opening bid to encourage Europe to distance itself from the United States, while the U.S. hopes that the aftermath of the pandemic will strengthen calls for decoupling between the West and China.

So, I am skeptical that we are on the verge of a massive shift in international affairs. The coronavirus was a “gray swan”—for years we have expected that a massive infectious disease event with global reach might occur, even if the specific cause and timing were unknown. If we are in a new period of global affairs, and if we are no longer in a post–9/11 world, then that shift has been gradually occurring. The pandemic is not going to end competition within an anarchic global system—it will just become another factor.