Why Do Extremist Groups Thrive in Africa? 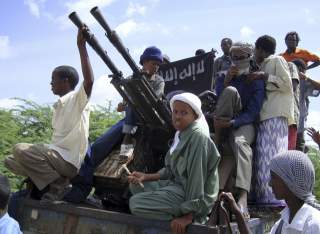 The January 15 terrorist attack in Nairobi, Kenya, at the high-end DusitD2 hotel and business complex killed at least twenty-one people and injured dozens of other innocent bystanders and ordinary Kenyans. It was carried out by the Somalia-based extremist organization al-Shabaab, which has notoriously been known for decades to attack soft targets in East Africa. Furthermore, this event comes on the heels of an uptick of al-Shabaab attacks in other nations along the Swahili coast, including in Mozambique in which women, children, and Western businesses (such as oil, gas and energy sector enterprises) have been targeted. This is undeniably a major concern for governments and its citizens alike.

Throughout the continent of Africa—like throughout the rest of the world—extremism in all its forms has been on the rise. Unemployment, poverty, deprivation, marginalization can be contributing factors as well as catalysts to an individual’s pathway to extremism, though it is important to note that, based on numerous social science research reports, the journey to extremism is individualized and personal. In 2017, the United Nations Development Program completed an exhaustive study that included interviews with close to five hundred individuals who joined terrorist groups such as Boko Haram and al-Shabaab. The interviewees’ answers and stories of their respective journeys into and out of extremism continues to vary and to contradict common perceptions; for instance, more than 50 percent of respondents highlighted that they had little to no religious knowledge, debunking the popular perception that religion and ideology are the sole factors of why individuals join extremist groups.

For U.S. policymakers back in Washington, DC, Africa has increasingly become one of the most important emergent battlefields for extremists and for the United States and its allied partners to combat the threat by extremist groups. The attack in Kenya last month and the widely publicized story of the deadly ambush that killed four U.S. soldiers in Niger in 2017 are two examples that bring to light the fact that U.S. efforts to prevent and stop attacks originating in Africa are more important than ever.

This past year, however, Gen. Thomas D. Waldhauser, the leader of United States Africa Command, discussed possible plans of reassigning American troops in Africa to other locations throughout the world. His comments are likely a result of competing external threats from other actors, including China, Iran, Russia, and North Korea, to name a few. Yet, the fact remains that—given the territorial loss of the Islamic State leaving the Middle East and its expansion into new frontiers, for instance—Africa, including countries like Libya, Somalia and other fragile states on the continent, continues to be a location of choice for extremist groups both local and transnational.

For the African continent, the epicenter for violent extremism activity has certainly been West Africa and the Sahel in particular. This region borders the southern area of the Sahara Desert and has been home to longstanding illegal drug, contraband, and human trafficking networks for decades. Extremist groups like Boko Haram, along with Al Qaeda and ISIS affiliates, use this vast region and terrain to recruit, hide, and structure their activities.

Currently, the threat is spilling over into new countries that historically have been immune to violent extremism activity. Most recently, West African nations’ military, intelligence, and security services have had to increase their capability to address this threat, and many are scrambling to respond. For example, Ivory Coast and Burkina Faso both have seen repeated attacks since at least 2016, and even Senegal, a longstanding bulwark of extremism with its strong nonviolent and moderate interrelation of Islam, has been targeted by Al Qaeda affiliates.

As a former U.S. government counterterrorism officer who worked for the Director of National Intelligence and the National Counterterrorism Center for a decade, I have seen the metastasizing of the threat. And working outside of government currently, I see the need for increasing deradicalization, demobilization, and rehabilitation efforts now more than ever, which will require the United States and host nations to work in a synergistic fashion to find co-constructed ideas to respond to this threat.

Ultimately, the United States must remain committed in Africa now more than ever, primarily by giving technical, military, intelligence, and financial assistance in order to thwart the threat by extremist groups. With the United States aiding our partners on the ground, potential threats emanating from overseas will become contained, thereby diminishing the possibility of that threat reaching the U.S. homeland and increasing the capacity of our allies on the African continent.

Dr. Muhammad Fraser-Rahim is the Executive Director, U.S. of Quilliam International and an Assistant professor at the Citadel, the Military College of South Carolina. He is a Fellow with Truman National Security Project. Views expressed are his own.