Why Donald Trump Should Listen to the Tea Party 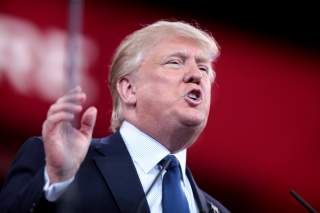 "Anybody who doesn't think Donald Trump can win, just watch." — Former Speaker of the House John Boehner, May 2016

Congratulations to the Republican establishment. Trump won. Yet, in that victory, there needs to be some appreciation for the fact that they presented a human Rorschach test to the voters and let them see the policy agenda they wanted to see while building a coalition around opposition to Hillary Clinton. Now they have to put meat on the bones of a plan. Fast.

The best way to do that? Rely on Congress, a coequal branch of government filled with elected officials who live and breath at the intersection of policy and politics.

No doubt, Trump will chafe at this, both because of his personality and because he won a hard-fought election. He will likely feel he should drive the agenda, whatever that may be. But Trump’s success will depend on navigating policy equities. Be honest. What about the 2016 campaign signals that Trump has thought about that. Crooked Hillary is vanquished. On to budgets.

To be sure, Trump’s recent comity with House Speaker Paul Ryan shows promise, showing that Trump can ignore the advice of his campaign CEO Steve Bannon, who thinks that, “Paul Ryan is the enemy.”  Nevertheless, an agreement at this stage should be easy. No conservative or Republican would disagree with an agenda to rip out the Obama years, root and branch. Ryan wants what Trump’s advisors want. But eventually, the easy stuff will be gone. Trump will face competing policy interests and a cacophony of voter opinions. Trump must navigate those waters in real time, and if not done precisely, he will face rough sailing.

Fiscal, foreign policy, social conservatism: all things the campaign did not touch on. Running against Hillary Clinton did not force him to develop ideas that brought the traditional Reagan coalition into the tent.  As Trump correctly pointed out, Clinton’s 30-year existence did that.

But Clinton’s existential distraction camouflaged that voters crave a change from the failed policies and profligate spending of the Bush and Obama years. Trump proved well-attuned to the anger these policy failures created. But anger is just the symptom. Failed policy is the disease.

During the campaign, being anti-Hillary was the agenda, but she is now duly dispatched. Mission accomplished. Now the arduous task of governing looms before Trump.

A corollary to that means that Congress must re-exert itself as a co-equal branch of government; it cannot be the lifeless, reactive body it showed itself to be during the Obama and Bush years. Congress must at least try to lead and push an agenda—and Trump needs them to do so while he develops his own.

The Framers designed Congress as a coequal branch of government close to voters and states.  Congress knows the pulse of the people better than anyone. They may not act upon it, but they know it.  Its Members are aware what voters want and, if they have the courage of their convictions, have the ability to lead the GOP out of the swamp where they resided the last sixteen years. If Trump is smart, he will follow.

To get out of the swamp Trump will face three landmines:

First, foreign policy. Americans want to win again on foreign policy. No laughing. The Iraq war did not become unpopular just because America overreached; nor did most voters delve into (pseudo) political science arguments about whether an Arab country can absorb democracy. To be sure, most voters tired of the expense in blood and treasure, but, without knowing it, Trump hit upon an important theme in Alexander Hamilton's writings.

It came up in Hamilton's 1791 Report on Manufacturing, in his 1793 Pacifus, as well as in the resulting argument with James Madison. He referred to it in Federalist No. 6 and Federalist No. 72, where he said it was a restraint on individual politicians. Paraphrasing (and condensing a lot) Hamilton made the point that voters and politicians partially determine national and personal interests by gauging the likelihood of success. Likely failures are not in the national interest; politicians will not push policies unless they will bask in glory, etc.

The converse is that isolationism eventually irritates voters because isolation just means forfeiting the game. A middle ground exists and who has practice trying to find it ever since the Bush years? Congress. Remember, the 2016 primary foreign policy debate ranged from one extreme to another. Neither of those extremes will do, but Congress spends an inordinate amount of time debating what voters care about enough to merit applying their shoulder.

Related, many Members of Congress have had front row seats to our failed policy towards Islamic radicalism since 2001. Trump should heed their advice as he has not showered himself in glory on this particular issue. His policy against Islamic radicalism seems to be that a president should say the phrase "Islamic extremism" a lot. He will have the keys to the Oval Office, so he may go inside and shout it as much as he wants, but he still must show progress on the issue.

The economy is the second landmine necessitating his dependence on Congress. The U.S. economy is approaching the end of a long business cycle. History tells us that we will likely face a recession in the next year or two. Because of the left's economic policies and over-regulation, the economy probably is growing at full potential right now, as sad as that may be. Increasing U.S. growth potential requires structural reform (deregulation, subsidies, etc.) That requires a good relationship with Congress, many of whose Members, including Speaker Ryan, have focused on this for years. Listen to them.

If Trump does not improve the economy's growth potential or, worse, shoulders blame for the coming recession his political star will plummet. He cannot disappoint.

Lastly, Trump prides himself on having no government experience, yet he wants to reform it.  Here, too, he made big promises. For example, he pledged to eliminate fraud, waste and abuse at every agency and to "fix America," just to name two little ones.

Of course, no sentient being would assume those achievable goals, but Trump will still need to show major reform progress.    Drain the swamp, etc.

Government employees will be gunning for him on day one, and it is not filled with "stupid people" as he suggests.  Trump must avoid the pitfalls of becoming tied down by government Lilliputians. If not careful, the government will run Trump, not the other way around. You know who the bureaucrats fear to cross? Congress. His first step should be to avoid getting stuck in the swamp.

But when he gets to step two — trying to fix government — experience is going to be helpful.  Trump would rightly never hire a government bureaucrat to improve construction issues with Trump Tower. He should proudly admit that the people who build government — Congress — will be his first call.

In many ways, this election cycle gave the country a political science 101 primer: political parties do not stand for principles; they assemble coalitions to get people elected. In that sense, the Republicans succeeded. A winning coalition mostly coalesced around ushering Clinton Inc. out the door — a worthy goal, to be sure. Having succeeded there, a quick pivot is required to the policy failures driving the anger in the country.

And herein lies a major irony. Trump must quickly pivot to policy or face the fate of one of his earliest endorsers, the ultimate establishmentarian Former Speaker of the House John Boehner who was run out of Congress for putting dealmaking above policy. If Trump wishes to avoid a date in four years with the same pitchforks that ushered Boehner out the door, Trump's Republican party needs to show that it has turned a corner from the ideological wasteland of Boehner's Speakership.

It gets better.  The Tea Party (think: Sen Ted Cruz, a man Boehner once called "Lucifer in the flesh") began the spadework necessary to revitalize Congress. The American people elected them to be the elixir to Boehnerism to inject spinal fortitude into Congress — to stick up for Americans. Now the very people who made the former Speaker's life miserable could save the credibility of the man Boehner endorsed for president.

In other words, a large part of Trump's success will fall not just at the feet of Congress, but with Tea Party Members of Congress who seem to be the only Members of Congress in touch with the voters. The American people put them there to make Congress great again — to listen. It is a sentiment Trump should appreciate.

Kristofer Harrison served in both the Departments of Defense and State during the George W. Bush administration. During the Republican primaries he served as a foreign policy advisor to Senator Ted Cruz (R-TX).