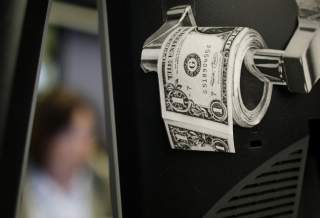 Economic bubbles have a bad reputation, and small wonder. It was not so long ago that stock prices were plummeting in the wake of the “tech wreck,” and the U.S. economy took a decade to recover from the subsequent housing bubble. Recent bubbles have come with high-profile human costs, such as job losses and home foreclosures, and longer-term difficulties, such as eroding job skills or retraining for new opportunities.

Bubbles tend to end spectacularly, and so we have a veritable sub-economy of people attempting to predict the next one to pop. It makes for great clickbait or a television segment.

Unfortunately for the bubble chasers, some bubbles simply happen to be innocuous, and it could be argued—though it would make for lousy television or fewer clicks—that there is a societal benefit to blowing bubbles. Bubbles do not simply push asset prices higher; they also create jobs and boost wages (albeit temporarily), often to the benefit of some of the lower-skilled professions. Real-life examples include the housing boom boosting construction employment and the shale boom creating jobs in the oil patch. And these are high-paying, lower-skilled jobs that are not easily offshorable.

Alas, bubble jobs do not last forever. The bubble, be it housing, oil or something else, pops, the jobs evaporate and, much of the time, the United States enters a recession. This was certainly the case with the housing bubble, though not with the oil boom. Oil states suffered, but the bust did not drag the rest of the country down with it. The current surge in the employment of food services and drinking places will eventually slow and reverse, but the “bartender bubble” is unlikely to cause a systemic issue.

Recessions eventually end, but the consequences of the labor and skill shifts they induce can persist. Just as they enjoyed an outsized economic benefit as the bubble was building, lower- and middle-skill brackets are often hurt the most. Some recent bubbles have provoked the creation of skill sets that were easily exportable and automatable, and not easily transferable to another profession.

Recessions accelerate existing trends that are already painful and difficult to adapt to in the non-stylized real world. Economic theory, in its typically clinical cold fashion, theorizes that given enough time and resources, these workers will either move or learn new skills. In many cases, this is not a reasonable expectation.

Another reason for the popularity of the bubble narrative is that, regardless of the underlying mechanisms at work, the Federal Reserve will shoulder the (majority of the) blame. The Fed is either leaving policy too loose for too long, or tightening quickly enough to choke off a recovery. Some of the criticism is probably deserved. But monetary policy is not a simplistic thing.

Take two of the post-crisis boomtowns—San Francisco and Houston. These are wildly different economies, but both boomed following the Great Recession. To a degree, this creates issues for the Fed in setting policy. Houston and San Francisco are representative of the generally narrow nature of booms. Energy and technology boomed, but the U.S. economy in aggregate was lackluster.

This is the problem of the aggregate. On the surface, the United States was growing at a slow clip with relatively benign inflation. But this concealed the bubbles that were driving growth. As the Fed began to lift its foot off the monetary gas pedal, the first bubble to pop was the shale oil boom. The combination of a stronger dollar and oversupply drove prices down dramatically, popping the bubble.

Was shale a “bad” bubble? No. Technologies developed when oil prices were elevated, allowing the United States to continue to be an energy superpower during the collapse. The United States is far more energy independent than it has been in decades, and there is no end to this in sight.

If there is a tech bubble, it has yet to burst in any real way. Maybe it will be more systemic than oil, but hopefully not. Like oil, this could probably be traced back to the Fed. Easy money chased higher returns in venture capital, driving valuations to “unicorn levels.” There is a good chance those will correct at some point.

But this does not mean it was not a valuable bubble. Technology investment is incredibly important to the twenty-first-century economy, and the United States  built a bubble in it with ultra-cheap central-bank-printed money. The United States remains at the forefront of artificial intelligence and self-driving cars—among many others—in part because the technology development has been supported by a boom and chasing after the unicorns. There are few better, more useful bubbles in history.

In some ways, the Fed should be proud that it spurred a massive allocation of capital to a productive sector that will contribute to the economy over a long period. Technology and energy are competitive and exportable subsets of the economy. These useful bubbles keep the United States competitive globally, and the United States is genuinely talented at creating them. Instead of looking at these bubbles as dangerous and ready to burst, it may be worth taking a moment to cherish their usefulness.

Image: A magazine cut-out of a toilet roll made up of paper money, is taped to a screen of a trading terminal at the German stock exchange in Frankfurt, June 3, 2009. REUTERS/Kai Pfaffenbach ​