Why Europe, Not America, Should Fight ISIL 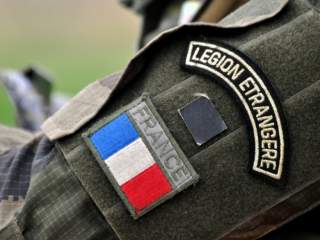 For what reasons can states legitimately go to war? The most obvious one is self-defense—when one’s country is attacked by foreign forces, whether by organized armies or by non-state terrorist organizations. Further, international law and common morality provide for the right of collective self-defense: when a state’s allies are threatened by foreign military attack but they are not capable of defending against such attacks on their own.

Second, in certain circumstances—rare, to be sure—military intervention may be justifiable for moral or humanitarian reasons: when the lives of other peoples are massively threatened by forces within their own country, whether by their own governments or by internal groups. To be sure, the record of humanitarian interventions counsels extreme caution; witness the after-effects of the NATO intervention in Libya. However, sometimes they work—witness the belated protection of Bosnians from Serbian massacres in the 1990s. In any case the principle cannot be abandoned.

Third, in even rarer circumstances, it may be justifiable or even necessary for states to go to war to protect against non-military but still massive threats to their economies or to their societies and national values. For example, during the 1970s when the health of the U.S. economy was still heavily dependent on importing oil from the Middle East—it no longer is—there would at least have been a case for U.S. military intervention if those oil imports were threatened, whether by boycotts or by military or terrorist attacks.

For all three of those reasons, a large-scale European ground intervention against the Islamic State in Syria, Iraq and possibly in Afghanistan would be justifiable and increasingly necessary: the self-defense and European collective self-defense case is obvious, the moral case for destroying the Islamic State and starting the process of restoring the human rights of the peoples of Syria, Iraq and perhaps Afghanistan is a very powerful one, and it is at least arguable that continuing massive refugee inflows into Western Europe could impose very high economic and societal costs, if not yet, then perhaps soon.

What about the case for U.S. participation in a European military intervention for reasons of collective self-defense? The principle of collective self-defense only makes sense when one’s allies are too weak to protect themselves, which hardly applies to our NATO allies. Should the terrorist attacks against them continue and air strikes against ISIL fail, surely at some point they will be forced to send ground troops into the Middle East. France alone has a modern standing army of some 200,000 troops, and could raise hundreds of thousands more if necessary—not least, in all likelihood, from the refugees volunteering to liberate their homelands from ISIL’s barbarism.

The other legitimate reasons for going to war also do not apply to the United States—at least with equal force as they do to Europe. Obviously there will not be an inflow of Middle Eastern refugees so massive as to threaten the U.S. economy, let alone its society. That leaves the moral issue, which cannot be so easily dismissed. Still, it applies with greater force to the powerful states in the Islamic State’s neighborhood: to other Middle Eastern states as well as to Europe.

Put differently, even when there are legitimate moral issues, there cannot be a duty for the United States to go to war simply because other powerful states fail to perform their moral duties. As in the case of national security, there should be no moral “free riders.” Or, in the old but even more relevant cliché: the U.S. neither can nor should be the policeman of the world.

There would be no way for the Islamic state to resist a major and entirely legitimate European military invasion, and absolutely no need for the U.S. to participate in it, whether on grounds of national security or morality.

Jerome Slater is emeritus professor of political science at SUNY/Buffalo.