Why Europe Should Beware Of Turkey 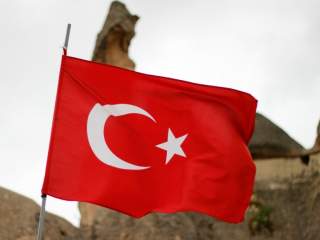 President of the European Council Donald Tusk, who happens to be a history graduate, seems not to have been paying keen attention during his studies. It clearly looks as if he missed this important lesson from the French political thinker Alexis de Tocqueville: “History is a gallery of pictures in which there are few originals and many copies.”

The former Polish prime minister announced late last month on his official Twitter account that the EU-Turkey summit scheduled for November 29 was intended to “re-energize our relations and stem migration flow.” This decision has been made in the light of the worst refugee crisis since World War II.

According to last month’s agreement on the action plan to support Turkey in easing Europe’s refugee burden, European leaders offered Turkey a very generous package consisting of three billion euros in aid over two years, an easing of visa restrictions and the fast-tracking of its EU membership process. The offer has been described by many as a “dirty deal,” due to the fact of it not having a consensus among EU member states regarding its funding.

Despite the fact that Berlin is the biggest contributor, German Chancellor Angela Merkel, whose willingness to take nearly a million refugees this summer has put her under huge political pressure at home, broke with protocol to visit President Recep Tayyip Erdoğan before the election in his country, and put pressure on the rest of the EU member states to finalize the agreement.

However, the very idea has been strongly opposed by the CEE countries like Hungary, Slovakia, the Czech Republic and Poland, which have serious concerns over putting too much emphasis on a non-EU member state’s involvement in EU affairs. As Hungarian Prime Minister Viktor Orban mentioned during the migration summit in Malta last month: "We don't want to sit down for talks with Turkey, making them think that they are our last chance of saving us.”

Indeed, this writer has serious concerns over Turkey’s credibility in entering this alliance, when our western neighbors appear to be ready to set our European values aside in a quest to resolve the refugee crisis, following the main prayer announced by Voltaire: “When it is a question of money, everybody is of the same religion.” It is quite astonishing how hypocritical we can be in the wake of terrorism and the urgent need to defend our way of living, in order to turn a blind eye to Turkey’s human rights failings, and bow to Ankara’s money demands, in the knowledge that “in Turkey itself the desire to join Europe was mainly for economic reasons, rather than to improve the quality of democracy and human rights in the country,” as the Chatham House analyst Fadi Hakura has said.

What's more, in the light of published reports about Turkish arms supplies to jihadis in Syria by unlawfully imprisoned journalists in this country, and the most recent aggression towards Moscow being committed to help in defeating Islamic State after the Paris attacks—where a Russian warplane was shot down—it looks like the very same scenario from the year 1855 is being repeated.

Yet, according to Donald Tusk, “we have no other options” than sealing the deal with a country whose historic and cultural roots are not rooted in Europe.

Adriel Kasonta is an Editorial Board Member at the Central European Journal for International and Security Studies, and Researcher on the Europe Desk at Wikistrat. He was also a Chairman of the International Affairs Committee at the oldest conservative think tank in the United Kingdom – The Bow Group (2014-2015).