Why Everyone Is Wrong About China's Next-Gen Submarines 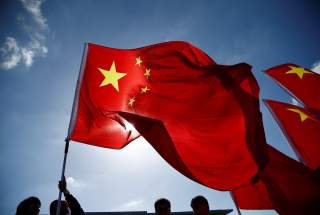 New Submarine Production Hall at Huludao: To be, or not to be.

There has been a plethora of Chinese-language blog posts and articles since mid-August 2016 concerning the new assembly hall at the Bohai Shipbuilding Heavy Industry Company’s (BSHIC) shipyard in Huludao. The English-language posts and articles that followed faithfully repeated the Chinese content, which claimed that the assembly hall is where the next generation of Chinese nuclear submarines would be built. Some Chinese and English articles even went so far as to say that production would proceed at a rapid pace given that the hall could build up to four submarines simultaneously. Subsequent blog posts speculated that a total of six submarines could be built at the same time because there are three production bays in the hall.

A constant hazard in relying on foreign open-source information is that a researcher could mistake circular reporting for independent confirmation of a claim. In this case, the majority of Chinese Internet posts and articles can be traced back to an August 18, 2016, blog post titled Construction of New Ship Assembly Line at Bohai Shipyard, Or Will Build New Nuclear Submarine (渤船新型总装生产线建设, 或将造新核潜艇), which highlighted BSHIC chairman Li Tianbao’s visit to the facility. Interestingly enough, the only place in the post where the characters 核 (nuclear) and 潜艇 (submarine) appear is at the end of the title. They are not used in the text at all—nor, as will be discussed later, anywhere in the most authoritative source available: the shipyard’s original August 17 announcement titled Chairman of the Board Li Tianbao Conducts an On-Site Inspection of the New Assembly Line Construction Project (李天宝董事长到新型总装生产线建设项目现场调研). Some of the derivative articles readily admit the nuclear submarine construction claim was speculative, but given that Huludao is the only shipyard that builds nuclear submarines in China, that seemed to be a reasonable assumption to many Chinese bloggers. Within several months, however, that speculative assumption had largely morphed into a definitive conclusion—with no evidence or analytical steps to support the transformation.

This article will examine the Google Earth imagery history of the new production facility at the BSHIC Huludao Shipyard through the lens of accepted civil-engineering standards and construction practices—including those used in China. For multiple reasons that will be shown, it is extremely difficult to support the claim that Huludao’s new facility will build the next generation of Chinese nuclear submarines.

Not the First Step

The rapid construction of the new BSHIC assembly hall that China so proudly lauded in August 2016 is not as exceptional as many of the blog posts would have the reader believe. This most recent expansion of the shipyard’s territory is only the latest in a series of equally impressive land reclamation and facility construction phases that were executed in very short order. The first expansion began soon after the Medium and Long Term Development Plan for Shipbuilding Industry 2006–15 was adopted in August 2006. The main emphasis of this ambitious national plan was to develop and expand China’s shipbuilding core concentrated in the Bohai Bay area, the Yangtze River Delta and the Pearl River Delta into world-class shipyards capable of producing large, high-tech, high value-added merchant ships.

During the first phase of the expansion project, land reclamation efforts at Huludao focused on the southern shore of the peninsula along the shipyard’s northern perimeter. This initial expansion paved the way for the construction of the first three hundred thousand deadweight-ton (DWT) dry dock as well as China’s largest multi-bay production hall. So incredibly quick was the construction of these new facilities that the keel for the shipyard’s first very large crude carrier (VLCC) tanker was laid down in July 2007—before the dry dock was even completed.

By early 2008, the first three hundred thousand DWT dry dock was finished and the second phase of land reclamation was well under way along the southeastern end of the peninsula, together with a massive effort along the peninsula’s northern coastline. The southeastern expansion provided new land for the construction of the second three hundred thousand DWT dry dock, as well as preparing the east end of the peninsula for phase three work. The northern expansion was considerably larger than any of the other reclamation efforts, adding nearly five square kilometers of new land. By the spring of 2010, the southeastern segment was largely completed and the second large dry dock nearly finished. As with the first dry dock, a VLCC tanker was seen under construction in the second dock before the dock was finished. The second dry dock was likely completed late in 2010.

The third phase of land reclamation began in early 2013 on the northeastern edge of the peninsula. The eastern end, where the new production hall would eventually be built, started reclamation efforts by the spring of 2014. In late January 2015, the newly dredged sandy soil is almost entirely in place and construction equipment and materials can be seen on the new ground in satellite imagery.

The Foundation Is Everything

The foundation for the new assembly hall was first noted as being under construction in the satellite imagery of June 6, 2015. Numerous pile drivers were seen to the north of the construction site and the slab areas, and deep footings showed the presence of a considerable number of piles. Large piles were noted as early as January 2015 when test runs were likely conducted on the new soil. Analysis of the piles indicates they are about fifteen meters in length, and have a side length or width on the order of 0.5–0.6 meters. The appearance of the piles strongly suggests that they are made of concrete. These dimensions are consistent with Chinese-manufactured reinforced concrete, solid square piles that have an estimated compressive strength between thirty and forty megapascals (4,350 to 6,000 pounds per square inch) based on Chinese product information and published national standards. This very roughly equates to an axial loading bearing capacity of about 100–150 metric tons.

Given the short length of the piles, they are undoubtedly friction piles that provide support to the foundation slab and deep footings through friction forces with the soil—the piles themselves don’t rest on bedrock. As sand is a coarse grain, noncohesive soil, the use of friction piles is an accepted method of building a deep foundation. This type of pile is noted on Chinese product websites as having a long life, good corrosion resistance and good performance in water. It is also well suited for use in industrial plants, embankment walls, bridges, port facilities and other coastal-building projects.

Visual inspection of the slab foundation shows that there are eight piles in each row, with the spacing between the piles measuring about 4.5 meters. The spacing between most of the rows is about the same, with some rows being closer. This spacing is consistent with the piles functioning as compaction piles that compress and densify the soil, thereby stabilizing it. By keeping the piles at a distance of six to eight times the pile’s width, the areas of highly compacted soil generated by each pile do not overlap. This increases the load-bearing capacity of the weak sandy soil and reduces uneven settling. However, as the piles are spaced far apart, they do not interact with each other and thus act independently. This means the foundation is not particularly strong and will not be capable of supporting very heavy loads.

By comparison, the deep footings for the larger structural supports also have eight piles, but they are much closer to each other, measuring about 2.5 meters apart. The distance between the deep-footing piles is close to the minimum spacing requirement, 3.5–4.0 times the pile’s width, as specified in China’s national standards for building pile foundations, and is consistent with U.S. building practices. These piles are grouped together so that they can be covered by one thick concrete pile cap that will distribute the load evenly. This indicates that the piles will be working together and are capable of supporting very heavy loads.

By July 2015, the three production bays had most of their concrete slab sections poured. Each foundation slab is about 276 meters long and thirty-three meters wide. The slab appears to be poured in two layers; a third, thin finishing layer would be added after the exterior was completed. The varying colors indicate that the concrete sections are at different stages of curing. The total thickness of the slab is difficult to estimate, but appears to be much less than one meter. The lack of any significant excavation (fill material was brought in) and the presence of little to no shadow indicate that the slab is near ground level. This, too, suggests the foundation will not be capable of supporting very heavy loads—a completed nuclear submarine would weigh in excess of four thousand tons.

Examining an analogous U.S. shipbuilding facility built largely with concrete components, the Bath Iron Works Land Level Transfer Facility in Bath, Maine, provides an appreciation for the necessary construction to support the weight of a naval vessel. This facility assembles Arleigh Burke-class guided missile destroyers with a light displacement on the order of 6,800 tons. The deck slab is supported by 0.71-meter diameter octagon-shaped, prestressed, reinforced concrete piles that are spaced at 1.8-meter intervals for the areas with the heaviest loads. This is the minimum spacing requirement for end bearing piles (2.5 times the pile’s diameter) that rest on bedrock. The deck slab itself is 0.51 meters thick and rests on 0.6-meter thick support beams.