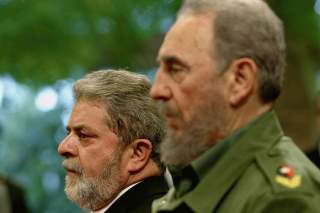 Fidel Castro’s passing was a surprise. He’d been ailing for almost a decade. There were times when he dropped completely out of sight. Other times he let his opinions known in no uncertain terms. President Obama’s visit didn’t sit well with him. Ordinary Cubans embraced President Obama’s easygoing manner and, especially, his message that the United States was extending a hand of friendship.

Nationalism was always Castro’s strongest suit. By 1959, Cuba had had 57 years of independence. There were men still alive who had fought against Spain. Cubans had long held high hopes for freedom and democracy which many saw dashed in the republic. So, yes, most citizens from all walks of life supported the young rebels and their leader.

Castro’s nationalism, however, soon sowed divisions that, while diminished, live on. For or against Cuba meant for or against him and the revolution. The toll was high in lives lost, imprisonment and exile. Castro ruled by the seat of his charisma which, at first, seemed to be enough. But nationalism gets leaders only so far without results.

National sovereignty didn’t raise and sustain living standards. An old joke asks. What are the revolution’s successes? Education, health care and sports. What are its failures? Breakfast, lunch and dinner.

Ordinary Cubans only interested Castro insofar as they attended rallies and raised the flag. Their mundane needs were almost always last in the cue of priorities. The Comandante could never bring himself to say “Let’s get rich!” as Deng Xiaoping did or, like Vietnam, reform the economy. Moreover, wasn’t dependence on the Soviet Union and now on Venezuela a fly in the face of nationalism?

Fidel lacked the will to change. Thus, upon his passing, mostly older Cubans mourned and younger ones shrugged. We’ll be debating his legacy for a long time, particularly on the island. Whatever the final verdict, here are some questions that need fresh answers.

After 1959, the revolution took a sharp left turn which led to a tacit alliance with the Soviet Union, thrust Cuba into the Cold War, and made the economy dependent on Soviet subsidies. In the long run, hindsight may lead many Cubans to conclude that it wasn’t the best choice.

What if the revolutionary government had, instead, included the middle class as a partner in agrarian reform, rent control and the literacy campaign that had widespread support? Might the tolls of polarization have been avoided?

Castro’s favorite terrain was foreign policy. In the 1960s, Havana promoted guerrillas in Latin America to disastrous results. Only in 1979 did the Sandinistas succeed on their own against the Somoza dynasty. In 1976, Castro launched a military intervention in Angola to push back South Africa’s invasion. Initially, it seemed to be a resounding success. Ultimately, it lasted fourteen years which cost 2 thousand Cubans their lives and countless injuries.

What national interests were served by this activist foreign policy? How exactly did the Cuban people benefit?

Castro’s belief in democracy was always shaky. Institutions mattered only when his policies were served. In 1959-1960, a strong majority supported the revolution which Fidel read as a carte blanche. Had elections been called, he would have won handily. Doing so, however, would set a precedent that he wasn’t ready to accept. At some point, he might lose.

Politics lies at the heart of Cuba’s problems. In the 1990s, Raúl Castro once noted that people go to meetings and say nothing while saying a lot afterwards. While not a human rights fan, the younger Castro was onto something even for an authoritarian regime.

What have the leaders of Cuba accomplished on behalf of the Cuban people by stifling public debate on most matters?

Let’s talk about the United States. On December 17, 2014, Barack Obama and Raúl Castro announced that the United States and Cuba were ready to normalize relations. At first, Havana resisted the idea but soon agreed. Even if the Cubans turned the opening down, American diplomats said, Washington would move forward.

Over decades, there were overtures between the two capitals. On occasion, Havana undermined a budding rapprochement as in the Ford and Carter years, and in the 1990s when the Clinton administration tried to soften or veto the Helms-Burton bill then in Congress. In 1976, Havana sent troops to Angola. Until Obama, Carter did the most to normalize relations, but again, the presence of Cuban troops in Africa dampened his efforts. In 1996, the Cuban Air Force shot down two Cessna Skymasters flying over the Florida Straits looking for rafters. Three Cuban Americans lost their lives.

Not that the United States wasn’t to blame as well. With the Cold War over, many in Washington thought that a push then would finally bring a democratic Cuba. Congress enacted the Cuban Democracy Act (1992) and the Helms-Burton Act (1996), the latter especially written in an imperial tone that hardliners in Havana probably cheered.

As the Obama presidency ends and Trump’s begins, we are faced with the possibility of a roll back in Cuba policy. Pressures over more than five decades didn’t bring positive changes for human rights and in the lives of ordinary Cubans. Washington was patient with a policy that most recognized had failed. A little patience now is in order.

Raúl Castro is pragmatic, not charismatic. There are still hardliners in Havana who would relish having the United States portrayed as Cuba’s enemy. Most Cubans, however, applauded Obama and would applaud Trump if the policy continued. Cubans, after all, are natural entrepreneurs.

Marifeli Pérez-Stable is Professor of Sociology in the Department of Global & Sociocultural Studies in the Steven J. Green School of International and Public Affairs at Florida International University.