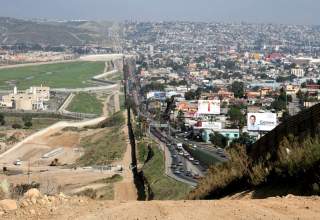 Income Inequality as a Political Issue

The development community and scholars have long debated the causes and effects of income inequality within states, also known as class disparity. What is new since the Great Recession of 2008, however, is the emergence of income inequality as a salient political issue. Thomas Piketty’s book on the history of wealth and income inequality in Europe and the United States, Capital in the Twenty-First Century, energized the debate over income inequality. President Obama followed Piketty’s lead, publicly warning that the American income gap is “the defining challenge of our time” and a “fundamental threat.” And the World Economic Forum ranked rising income inequality as the world’s top priority for 2015.

Trends aside, how does global income inequality threaten America’s security interests? And why should policy makers monitor it when they are already preoccupied with an arguably unprecedented number of foreign-policy crises, not to mention a growing income gap within the United States?

An Epidemic of Discontent

When globalization and social media are combined with heightened political debate over income inequality, the result is an epidemic of relative deprivation. More than ever, people are looking beyond their neighborhoods and comparing their situations to others in their home countries as well to those in other states. The rising global middle class, in particular, is more aware of the wealth and consumption habits of middle classes in other countries with higher standards of living.

As a consequence, the gap between rising expectations and perceived reality is widening and breeding discontent. Political leaders of countries with wide income disparities and large lower classes—such as North Korea, Cuba and China—understand well the political dangers of relative deprivation, which is one reason why they restrict media access.

1. It stokes border and immigration tensions. Income inequality within and between states is an important source of international migration. Migrant laborers cross their borders believing that their destination country offers better jobs than their native country. The presence of migrant workers, however, often creates social and political tensions, especially if the country is experiencing its own economic problems, and that friction can morph into a security problem. For example, the swelling number of Muslims in France, who fled poverty and extreme income inequality in North Africa and other states, has led to riots and is creating a fertile environment for Islamic extremism. In addition, the exodus of tens of thousands of Central American children last year to the more affluent United States to escape the ravages of poverty and crime quickly became a bilateral issue and policy priority for Washington.

2. It fuels transnational organized crime. Criminals involved in narcotics and human trafficking are the beneficiaries of income gaps in their home nations and between neighboring states. Many criminals pursue illicit activities because they often pay better than most formal and informal jobs. As for the victims, economic hardship drives them to pursue desperate measures, such as flee their country in a manner that endangers their lives or become forced or coopted into the sex trade. On the demand side, thanks to heightened demand for cocaine in major cities in the United States and Europe, drug traffickers are prospering in relatively less affluent Central and South American countries.

3. It facilitates terrorist recruitment. Income inequality creates favorable conditions for terrorist groups to operate and win new recruits. Economically disenfranchised groups with strong feelings of relative deprivation can resort to terrorism, particularly when they feel there are no other avenues to change the status quo. There is no single cause of terrorism, but some studies show a robust relationship between income inequality and terrorism. Terrorist propaganda, moreover, resonates most when it appeals to feelings of relative deprivation and injustice.

4. It strengthens challenges to the global order. Global income inequality has long been a source of tension between developed and developing states. What is more recent is the increased clout of a few emerging market countries that are using their rising influence to try to increase their influence in global institutions. Leading the charge are the BRICS countries, particularly China, Brazil and India. While it is true that changing power dynamics between the United States and China underlay global governance reform efforts, the power disparity in global institutions between developed and developing states stems from their long-standing income gap. Wealth, in short, is power.

Brenda M. Seaver is a National Security Fellow at the Woodrow Wilson International Center for Scholars.