Why Grand Strategy Still Matters in a World of Chaos 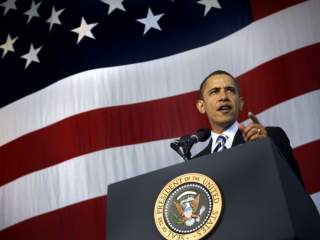 In their provocative recent essay in Foreign Affairs, David Edelstein and Ronald Krebs argue that Washington should quit its flawed pursuit of grand strategy and its obsession with planning. The world, they argue, is too unpredictable for master plans. Our capacity to interpret and predict international affairs is inevitably distorted by cognitive blinders. Government is bureaucratically fractured rather than a purposeful unitary actor. The very process of strategizing leads to threat inflation and overstretch. Grand strategy is thus a dangerous pipe dream, and America should act “pragmatically”—on a case-by-case basis—instead.

There are three crucial problems with this argument. First, it poses a narrow, reductionist view of grand strategy. Second, it underestimates the range and value of strategies that history suggests are possible. And third, its proposed alternative of mere “pragmatism” is deeply flawed, and in fact, oblivious to its own grand strategic design. As we argue, grand strategy is best understood not as a formal planning process, but as a guiding intellectual framework. When done well, it has helped America harmonize its power with its commitments, and both shape and react to its environment in purposeful ways. Grand strategy is undeniably difficult to get right, but it beats the alternative, grand strategic nihilism, hands-down.

The Concept of Grand Strategy

Edelstein and Krebs’ account of grand strategy is narrow and reductionist. To hear them tell it, grand strategy is little more than a process of formal state planning that must “look like” the elaborate process we see today, with intensive interagency activity and the crafting of documents like the National Security Strategy. Their conception reflects not some broad understanding of grand strategy across time and space, but an indictment of the particular habits of the current U.S. national security bureaucracy and its myriad planning efforts. In this respect, the authors fail to imagine beyond mandarins cloistered in a room, charting an elaborate, step-by-step program. They conflate their dislike of America’s current strategic process with a dislike of strategy itself.

But there’s more to strategy than just planning. As we have argued elsewhere, grand strategy is not a rigid process to control history or eliminate uncertainty. It is an ecological worldview, formed from a mix of different influences—experience, study, values, ideology—that helps officials make sense of complexity and bring resources and commitments into alignment. It consists not of a detailed roadmap to the desired destination, but of a set of core ideas that lend basic coherence to policy and improve the improvisation that is inevitable in world affairs. It may not dictate every decision, but it lays down the basic parameters by which interests are defined, opportunities and challenges are assessed, and power is applied. Grand strategy thus involves proactive efforts to set long-term objectives and shape international affairs; it also involves efforts to react to unavoidable surprises and shocks in ways that are broadly congruent with those long-term objectives. To use a musical metaphor, grand strategy is not a meticulously composed concerto. It is more like jazz, designed around a shared key but adapting as it goes.

Doing all this is quite difficult, of course, thanks to the contingent nature of international relations, the vagaries of domestic and bureaucratic politics, and the limits of human foresight. But the question is, knowing that grand strategic efforts are likely to fall short to some degree, is it sensible simply to give up? Edelstein and Krebs believe that it is. What they miss, however, is that even if grand strategy is hard to do, it can still be made to work well enough. No grand strategy can provide flawless coherence and foresight in foreign policy. What it can do is help a country achieve better results than would be possible without the overarching guidance that grand strategy provides.

Consider just two cases. The first is the grand strategy of Franklin Roosevelt in World War II. Nicknamed “the juggler,” FDR pulled off the notable feats of mobilizing America’s latent power, managing diverse and fractious allies, staying within the casualty limits imposed by domestic opinion and thereby winning the war (and making America the world’s preeminent power) at a fraction of the cost paid by others. He did this not by making things up as he went along, but by keeping several core principles—the need to defeat Germany first, the conviction that America’s comparative advantage lay in wealth and technology rather than manpower, the imperative of muting diplomatic disagreements while the war was on—at the heart of U.S. policies. If this wasn’t successful grand strategy, nothing would be.

Consider also the most significant grand strategic move of the post-war years, the U.S. opening to China in 1971–72. This mutual accommodation neutralized a source of American overstretch in Asia, enabled Washington to withdraw from Vietnam with a bolstered geopolitical position and accentuated the split in the communist world. This success was based partly on the deft exploitation of the opportunity presented by Sino-Soviet tensions. But the ability of Richard Nixon and Henry Kissinger to exploit that opportunity was rooted in the broader strategic worldview that they brought to power. By doing grand strategy—by thinking systematically about how to realign American policy amid a changing global equilibrium—Nixon and Kissinger seized their chance to reshape the Cold War.

According to Edelstein and Krebs, this is all post hoc rationalization. It is not deliberate strategy that propels American foreign policy, they argue, but its preponderant power and its liberal political culture. Yet this is an oddly deterministic thesis, for it ignores the agency of those who made critical decisions at key moments. America also had great relative power and a liberal political culture in 1919, but it nonetheless disengaged from Europe and relinquished the opportunity for hegemony. After 1945 a different set of policy makers, having learned from their predecessors’ mistakes, selected a very different course. They chose to rebuild western Europe and Japan, make America the primary security provider in key overseas regions and assume leadership of the non-Communist world in the face of the Soviet threat. The globe-spanning U.S. presence that persists today was rooted in particular decisions made then, and such decisions were based upon a grand strategic calculation that the alternative to an American-led order was a repetition of the disorder that had previously led to disaster.

The Illusion of Pragmatism

Edelstein and Krebs reject the ecological worldview. They would consider threats “on their own terms” without relating them to a “larger strategic worldview.” But Washington cannot simply handle every issue on a case-by-case basis. Strategy is about the concentration of effort and the purposeful allocation of scarce resources. Not even the America of the twenty-first century, by far the most powerful actor in the world, can act everywhere equally at once. Without the disciplining logic of a strategic worldview, how would policy makers judge the relative importance of China’s rise, Iran’s nuclear program or Putin’s provocations? How could they assess whether the Syrian civil war is a “core” concern or what Edelstein and Krebs call “peripheral” intervention? In the name of avoiding dogmatic planning, settling for directionless pragmatism would set America adrift, at the mercy of events and without ordered preparation. Grand strategy may offer an imperfect framework, but at least if offers a framework.

The practical requirements of generating capabilities also mean that Washington can’t just meander. In the case of procuring high-tech military equipment, lead times are often measured in decades. So defense planners must align their decisions with some conception of their state’s long-term interests. The alternative is buying weapons systems without any real understanding of what they are for. That is not pragmatism; it is sleepwalking.

In fact, Edelstein and Krebs are actually grand strategists—only they don’t admit it. Their preferred design, “a more restrained foreign policy that avoids the distraction of peripheral interventions,” is itself a grand strategy, based on their beliefs about what America’s interests are, and what resources it should commit to achieve them. It resembles the “restraint” model that realists such as Christopher Preble and Barry Posen propose. They call this “pragmatic,” but pragmatism doesn’t happen in a strategic vacuum. Edelstein and Krebs’ position is grand strategy by another name.

Be More Strategic, Not Less

No process ensures effectiveness, and there is no master strategist. But if any grand strategy has deficiencies, a wise remedy is not to abandon all strategizing in favor of the illusion of mere pragmatism. A more prudent response is to strategize better: by realising that grand strategy is about recognizing the limits of a country’s power as well as the limits of our own knowledge, by checking against cognitive blinders through regular assumption-testing, and by doing the contingency planning that can help policymakers deal with surprises more purposefully and effectively. These are partial solutions, of course, for grand strategy is a messy discipline in a messy world. But abandoning that discipline altogether is no solution at all.