Why I Stand with Charlie Hebdo 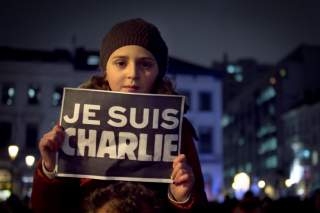 CASABLANCA—As a frequent visitor to Paris, I’ve had many chances to browse the French satirical magazine Charlie Hebdo. And as an Arab Muslim who believes that his faith is inherently moderate and tolerant, I feel that some of its pages have strayed beyond spoofing Islamist terrorism. Perhaps my sensitivity has been heightened by the rise of France’s extreme-right party National Front, which insists that Islam is inherently incompatible with universal values. Such voices fall into a pernicious trend in European politics—not a child of yesterday, and with a history of targeting other minority faiths. And while in my work as a publisher and broadcast-network owner I have been dedicated for years to fighting the ideology that underpins jihadism, I also celebrate and uphold the world religion that the jihadists pervert to serve their ends. It is important to work through the marketplace of ideas to counter those critics of jihadism who stray into the realm of Islamophobia, for they have served to erode the universal values that are ultimately the only salvation from terror East and West.

Yet the lethal terrorist attack on Charlie Hebdo has shaken me to the core—both as a citizen of the world and as a media man. It behooves me to acknowledge, moreover, that the perpetrators, so far as we know, share in both my religion and in my North African roots—facts that make me personally ashamed, and in a way, partially responsible for not doing enough to reach these youth and alter their outlook. I feel complete solidarity with my fellow media men and women at Charlie Hebdo, and kinship with the victims and their families. There is no excuse for the actions of these barbarians, and I anxiously await their trial and punishment to the full extent of the law.

I also identify with Charlie Hebdo management and staff as someone who has been increasingly targeted by the same pernicious forces that incited this week’s killing. As those who follow my work probably know, I’ve been an outspoken advocate for rapprochement between Muslims and Jews, and strived continuously to be a bridge between the two faiths— in the United States and Europe, as well as in my native Morocco—as a molder of media content and also as a political voice in think tanks. I have gone so far as to become the first Muslim honorary board member in a cultural organization for Sephardic Jews, and facilitated partnerships on an institutional level between American-Jewish community organizations and some of their counterparts in the Arab world. For these actions, in recent months, I have been on the receiving end of an organized social-media campaign of anti-Semitic attacks, emanating both from Europe and from Polisario. It began with ugly tweets, and has since escalated to threats of violence. Readers of the Moroccan press are now aware that a few weeks ago, I received an anonymous e-mail threatening that next time I traveled out of my country, “I would return home in a coffin.”

So when I join the global call, “We are all Charlie Hebdo,” I mean that the magazine is on the front lines of a bloodthirsty strand in global politics that targets not only bridge burners, but also bridge builders.