Why the Imperfect Electoral College Works for America 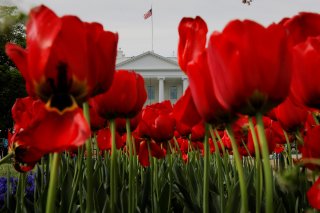 Many on the Left have been demanding the abolition of the Electoral College in favor of a raw popular vote. So, it’s with some irony that it is Democrat “faithless” electors from Washington and Colorado that are pushing for the U.S. Supreme Court to allow electors to completely ignore the wishes of their states’ voters.

More than thirty states and the District of Columbia require electors to honor the wishes of their state votes. If the high court nullifies those state laws—unlikely based on how the attitudes of the Justices during arguments—then it could essentially give presidential electors near free agent status to pick a president. In the early days of the republic such a notion wasn’t unheard of, since popular voting for president was rare before the age of Jacksonian democracy. As one Democrat operative would say in 2000, electors were supposed to be “lobbied.”

There was at least some anticipation in those early years that the House of Representatives might be a regular broker of presidential elections if presidential candidates had regional fiefdoms and no clear majority. As it turned out, three times in the 1800s, Congress had at least some role in settling a deadlocked presidential race.

The Chiafalo v. Washington case, argued before the high court in May, has its roots with the post-2016 election when challenging fines Washington imposed on electors for not abiding by the will of the voters and challenging Colorado’s move to swap out a rogue elector who tried not to vote for Hillary Clinton.

Their goal was to galvanize a rebellion, trying in vain to get Republican electors to vote for someone other than Donald Trump. It turned out to be a record number of faithless electors, but still paltry. Three Washington state Democrat electors pledged to Hillary Clinton voted instead for former Republican Secretary of State Colin Powell, while a fourth Washington elector voted for Native American activist Faith Spotted Eagle. A Hawaii Democrat elector abandoned Clinton to vote for Sen. Bernie Sanders, I-Vt. Two Republican electors from Texas, a state pledged to Trump, voted instead for then-Ohio Gov. John Kasich and former Texas Rep. Ron Paul, respectively.

Some mischief and even debacles with the Electoral College were not new to 2016, as much as everyone loves to shout unprecedented about nearly everything in the Trump era. Here are four instances going back to the second competitive race for the presidency.

The 1800 Election Day Tie Between Runningmates

Before popular voting was widespread, Election Day in 1800 was held on December 3. That’s when electors met at the state capitals to make their selections. While the ballots wouldn’t be opened until February 1801, the Jeffersonians were rejoicing—quite preemptively as it turned out considering the long slog ahead.

Factions were not fully-functioning political parties that nominated candidates like the factions of today. But the plan was simple enough. After four years of sparring between Adams and Jefferson, the goal was to have a president and vice president of the same party. Under the pre-Twelfth Amendment Constitution, each elector cast two votes for president and the runner-up in the final tally would be the vice president. The Jefferson electors were supposed to withhold one vote to ensure no tie. For whatever reason, they didn’t pull that off.

Without a definitive electoral majority, the House of Representatives decides the next president. The nation’s first watershed presidential election also saw the Jeffersonian turnout the Federalist majority. That new majority would have easily dispatched the problem by simply voting for the intent of their party: Jefferson for president, Burr for vice president. However, it wasn’t the new majority deciding.

The new Congress wouldn’t be sworn in until March 4. It was the lame-duck Federalist majority with many members eager to rattle the opposition. Prominent Federalist leaders then felt they could at least live with malleable Burr over the principled Jefferson.

Outgoing Federalist House Speaker Theodore Sedgwick of Massachusetts believed that Burr would not be able to govern without the help of the opposition party, thus would be bendable.

“Disposition to prefer Mr. Burr to Mr. Jefferson has been increasing until it has become increasingly unanimous,” the speaker wrote.

But in a December 27 letter to Federalist Rep. James Bayard of Delaware, Alexander Hamilton wrote of Burr that, “rest assured my dear sir this man has no principle public or private.”

It was ultimately Jefferson foe Hamilton, the treasury secretary under President George Washington, who had the clout to push the Federalist back from the edge.

“There is no doubt but that upon every virtuous and prudent calculation Jefferson is to be preferred,” Hamilton said in the letter. “He is by far not so dangerous a man and he has pretensions to character.”

Hamilton was largely responsible for his old rival’s presidency, and Burr wouldn’t forget. After another dustup, in 1804, Burr, a sitting vice president, killed Hamilton in a duel.

The 1876 centennial post-election standoff between Republican Rutherford B. Hayes and Democrat Samuel Tilden was primarily about who won the electoral votes from the southern states of Florida, Louisiana and South Carolina. In the midst of post-Civil War reconstruction, and mass voter fraud and suppression in the south, it’s nearly impossible to know who really carried the three states.

However, one electoral vote from Oregon oddly jumped into the mix.

The Oregon governor sent two electors for Hayes and one elector for Tilden. DNC Chairman Hewitt later admitted he thought Hayes won all three of Oregon’s votes but had to take action to “offset the fraud” by Republicans.

All the shadiness about the 1960 election is remembered for Illinois and some for Texas. But other states cast shade on who really won the popular vote.

The “solid south” meant loyalty to Democrats. But that year, several southern states—instead of listing candidates on the ballots—listed the actual names of the slate of electors that were pledged to a party. That is, of course, what people in every state are voting for in a presidential election, a slate of electors pledged to a candidate.

The unusual action was because Democrats nominated a civil rights supporter for president in John F. Kennedy. So voters in the Solid South could support the Democratic ticket but not the national Democratic nominee— and still vote against Republican Richard Nixon. But the biggest convoluted mess came from Alabama.

In 1960, Alabama actually held a Democratic primary regarding its eleven electoral votes, where thirty-five Democratic electors ran individually. The primary contest included twenty-four unpledged electors—meaning they were not bound to vote for the national Democratic nominee—and eleven “loyalists,” meaning they would support the party nominee. The anti-Kennedy electors were split among Virginia Sen. Harry Byrd, South Carolina Sen. Strom Thurmond, and others.

Democratic primary voters backed six anti-Kennedy (or unpledged electors) and five pro-Kennedy “loyalist” electors to be on the Democratic slate on the November ballot. Thus, an Alabama vote for Democrats in the general election was a six to five split slate.

Alabama voters overwhelmingly voted straight-ticket in elections, but as far as casting a vote for presidential electors it would be a 45.4 percent vote for Kennedy and a 54.6 percent vote for another Democrat.

The certainty is that a slate of Democratic electors defeated Nixon electors in Alabama. Those six unpledged electors cast their vote for Byrd, who ultimately got fifteen votes in the Electoral College. But Kennedy, of course, was elected president.

Similar to 1876, Florida was a problem in 2000—this time the only problem in the thirty-six-day election decided in the Supreme Court.

In the midst of the struggle, Al Gore campaign operative Bob Beckel intended to make that “moral” case to Florida’s electors—and perhaps electors in other states —who could be convinced to follow the will of the national popular vote. Gore did not need all of Florida’s electors, just four.