Why Investors Should Not Fret about Saudi Arabia's Approach to Reform 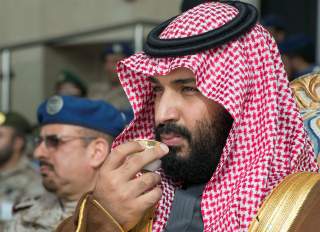 Mohammed bin Salman, Saudi Arabia’s crown prince, is on timely visit to foreign capitals—Washington included—this month. The tour comes amidst rising doubts within Washington’s business and policy making circles about the direction of the kingdom’s reform trajectory, fueled by seemingly mixed progress and backtracking on much-needed fiscal reforms. Riyadh’s new year began with a bang. In one fell swoop, the government rolled out its highly anticipated value-added tax (VAT), raised local gasoline prices and implemented new electricity tariffs. The pace of changes boosted the credibility of the young royal’s Vision 2030 economic reform plan, which aims to diversify the kingdom’s economy away from oil, yet whose viability has being questioned. But barely a week later, King Salman ordered a $13 billion stimulus package to help ease citizens’ burdens as they adjusted to these new measures, prompting analysts to muse that the kingdom was backpedaling on austerity.

But observers of the kingdom’s reform trajectory should not fret. In reality, this adjustment should be seen as an iterative process of fine-tuning reforms to better manage the risks of a domestic backlash that could endanger Vision 2030. The stimulus indicates Mohammed bin Salman’s continuing political maturation; dubbed a brash leader keen to force changes through without caring for how the country will absorb them, the new handout shows that he is prepared to temper his approach when necessary.

In April 2016, then–Deputy Crown Prince Mohammed bin Salman unveiled Vision 2030. Shortly after, in June, the cabinet approved the National Transformation Program 2020 (NTP), a plan under the economic-reform umbrella intended to prepare government bodies to attain Vision 2030’s goals. Since then, Saudi Arabia has enacted a blitz of economic reforms. Both programs are spearheaded by the crown prince. The speed of developments is unprecedented for the kingdom, long viewed as the standard bearer for a cradle-to-grave welfare model. Authorities have implemented capital market reforms to boost Saudi Arabia’s attractiveness as an investment destination. The kingdom increased foreign ownership limits, launched a parallel market for smaller enterprises and allowed full foreign ownership of ventures in several sectors. Further regulatory changes are in the pipeline this year, aimed at increasing the domestic stock market's appeal to foreign investors. Riyadh hopes these efforts will result in the country’s inclusion on the MSCI Emerging Markets Index.

There are also indications that Saudi Aramco’s initial public offering (IPO)—a centerpiece of the royal’s plan—is on track. Authorities changed the company’s legal status in early January, fueling speculation that the IPO could occur in 2018. Recently, Aramco invited bankers to Dhahran to pitch for roles for the IPO in person, and chief executive Amin Nasser revealed that the company will be ready to list by the second half of 2018.

That said, Saudi Arabia reversed certain austerity measures twice in 2017. The first was in April, when the king rolled back a September 2016 decree that cut ministers’ pay by 20 percent, slashed housing and car allowances for Shura Council members by 15 percent, and put limits on overtime bonuses and annual leave for civil servants. While Riyadh cited better-than-expected budget figures as the motivator behind the decision, it is likely that social discontent, including rumors of planned protests, spurred the policy reversal. The second instance occurred in September, when authorities announced that they were redoing the National Transformation Program and instituting new target deadlines for several reforms, though the main ones—like privatization—would not be affected. The move was seen by many as implied confirmation that the original NTP was unrealistic and over-ambitious.

To accuse the kingdom of backtracking on reform would be a fundamental mischaracterization of the actual dynamics at play. By releasing short-term funds to help citizens adjust to recent measures, authorities can prevent a much larger and potentially destabilizing public backlash that could threaten—or even derail—longer-term plans. Moreover, as the list of reforms outlined above show, the kingdom has not stopped implementing targeted reforms, even as the NTP has come under review and some spending cuts were reversed. The Capital Market Authority has deepened the country’s capital markets, GCC-wide tax agreements have been honored, and implementation of a white-land tax and price hikes for municipal services signal the kingdom’s attempts to diversify revenue streams. Were Riyadh to truly abandon reform efforts, momentum on those changes would have stalled or entirely halted. Riyadh has made no announcement stating that it is suspending its plans for austerity, whereas neighboring Bahrain, for example, did exactly that in face of political difficulties.

These well-timed bursts of increased spending show that Mohammed bin Salman is becoming more aware of the need to adjust course in order to mitigate domestic risks. Saudi Arabia has a burgeoning youth population—the median age is just 27.5 years—and many Saudi youth likely share the economic grievances that sparked protests in the kingdom’s arch-rival Iran. It is not inconceivable that the crown prince feared the possibility of Iran’s protests spilling over and acted proactively to stave off similar instability. The new stimulus package also helps shore up Mohammed bin Salman’s domestic reputation: with reports circulating that he continues to make profligate purchases when the rest of the kingdom is expected to tighten its belt, a slight increase in state spending enables the ruling family to show that it is in tune with the Saudi street’s sentiments.

The push-and-pull reform momentum is undoubtedly frustrating to international investors, the kingdom’s allies and probably the crown prince himself. But a careful approach is the best way to implement the reforms Riyadh desperately needs, while also ensuring that risks to domestic security are managed—especially if a royal succession is upcoming.

U.S. policymakers and business leaders should keep this dynamic in mind when feting the young royal. Changing Saudi Arabia’s long-standing cradle-to-grave welfare contract will not be a linear endeavor. Authorities will need to adjust reforms as they are implemented to reflect political and societal realities on the ground. Sticking to Vision 2030’s timeline would be commendable, but that rigidity might endanger overall reform efforts. The United States has a vested interest in seeing Saudi Arabia’s reforms succeed: the kingdom’s economic liberalization presents a huge market for U.S. businesses, and a more competitive economy that offers fulfilling opportunities for Saudi youth means fewer young citizens will fall prey to extremist ideologies. The crown prince’s tactic of implementing what is doable now, and adjusting course where needed, indicates a more nuanced and sustainable approach to reform, rather than showing that Riyadh has decided to abandon ship on economic reforms.