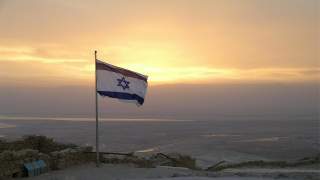 An uneasy balance of escalatory and de-escalatory factors exists in Gaza making another round of hostilities between Israel and Hamas—a constant possibility. Judging from the statements made by Israeli defense minister Avigdor Lieberman, and following the recent state comptroller’s report on the failings during the 2014 operation, the next round of hostilities in Gaza is likely to be more intensive than the past three series of fights, which took place in 2009, 2012 and 2014. Lieberman envisions that the next conflict in Gaza will bring an end to Hamas’ control through the use of all-out military force. In an interview with the Palestinian newspaper Al-Quds (October 24, 2016), he said that if Hamas were to force a new round of hostilities on Israel, then it would be its last “because we will completely destroy them.”

While Israel probably has the military capability to destroy Hamas in another round of hostilities if it wanted to, it is not clear what would replace the terror group. Israel’s strategic interests are best served by the existence of a central authority in Gaza. Therefore, destroying Hamas with no prearranged viable alternative would work to Israel’s detriment. Notionally, there are five possible alternatives to Hamas’ continued control of Gaza at the end of another round of hostilities:

Destroying Hamas would necessitate a large-scale and prolonged ground incursion into the Gaza Strip to seek out and destroy the organization’s terrorist and governing capabilities. If successful, this would, by default, make Israel responsible for the provision of civilian services and the facilitation of humanitarian aid and reconstruction, necessitating the setting up of a civil administration. This would be a very substantial economic drain and would, once again, make Israel the occupying power in Gaza.

Israel’s occupation would also probably be prolonged. The transfer of control over Gaza to someone else is not an alternative readily available and it would be very difficult to develop instantly. Consequently, the supplanting of Hamas by Israel would likely result in a lengthy, costly and open-ended occupation. The Israeli Defense Forces would be under continuous terrorist attacks by residual members of Hamas and Palestinian Islamic Jihad operatives—as well as from Salafi terrorist cells. These attacks would spiral the military and civilian costs of occupation.

A lengthy stay in Gaza would not serve Israel’s main strategic goals. While the presence of the Israeli Defense Forces in Gaza would enable it to seek out and destroy military and terrorist infrastructures, Israel would have to shoulder growing casualties, a humanitarian crisis and a heavy economic burden, making the open-ended occupation unpopular among Israelis. In addition, violence might spillover into the West Bank, which would deteriorate Israel’s regional and international standing.

Ultimately, in the absence of a viable and prearranged hand over mechanism, Israel would probably decide to exit Gaza unilaterally which, in turn, would most likely lead to internal fighting and chaos, making the consequent return of an effective ceasefire and security for Israel unrealistic.

Two main obstacles stand in the way of the Palestinian Authority taking control of Gaza as an end state to another round of hostilities between Israel and Hamas.

First, the forces available to the Palestinian Authority to regain and secure control of Gaza are clearly inadequate. The backbone of the Palestinian National Security Forces are the nine battalions of national-security forces based on the West Bank and the two battalions of presidential guards that have been trained in international assistance under the guidance of the U.S. security coordinator to the Palestinian Authority. These forces (approximately six thousand personnel) are barely sufficient for the maintenance of security in the West Bank. To date, no forces for a mission in Gaza have been built.

Once given control of Gaza, it would be theoretically possible for the Palestinian Authority to build a new indigenous force. However, this would be a very time-consuming process that would require substantial vetting, recruitment, training and arming. That means that even if the Palestinian Authority was willing to control Gaza following the destruction of Hamas by Israel, then the transfer of control would significantly prolong the period of Israel’s occupation.

Given these obstacles, the chances that the Palestinian Authority would take control of Gaza, as a direct inheritance of an Israeli occupation, is negligible.

Hypothetically, Sunni-Arab coalition forces could intermediate between an Israeli Defense Forces withdrawal from Gaza and a return of the Palestinian Authority. However, given the other ongoing efforts (Egypt in the Sinai; Saudi Arabia and the UAE in Yemen; Egypt and the UAE in Libya; Jordan, Turkey and others in Syria and Iraq), it seems unlikely that these countries would be willing to send forces to any open-ended mission in Gaza that is fraught with danger. This, especially, since there is very little confidence among these countries in the Palestinian Authority’s ability to take effective control over Gaza. In addition, such an effort would probably be perceived by them as relieving Israel of its responsibility for the humanitarian and reconstruction crises that it created through its military action in Gaza.

From the Israeli point of view, the presence of Arab forces in Gaza would restrict its freedom of action in the face of continued attacks and would probably lay the groundwork for the premature opening of Gaza to the world under Arab auspices outside of a negotiated-peace agreement.

Moreover, an Israeli request or international request for the deployment of Arab forces would likely be met by a precondition for the immediate renewal of the efforts to solve the Israeli-Palestinian conflict.

The prospects are very low that the international community would send forces to Gaza outside of a mandate for trusteeship on the way to Palestinian independence. This contradicts Israel’s long-standing policy of conflict resolution with the Palestinians through bilateral negotiations on a two-state solution. Thus, a military operation that would result in such a politically significant outcome would clearly be a manifestation of a grave operational-strategic disconnect.

A unilateral Israeli withdrawal from Gaza—without putting into place an alternative regime to Hamas—would most likely lead to chaos with armed Salafi elements competing with residual Hamas forces for control, leaving a power vacuum in Gaza as well as increased Salafi extremism and violence in the region. That would not bode well for Israel’s long-term security and strategic interests.

Even if Hamas were to triumph, the organization’s ability to hold sway over the other remaining armed elements would, after being worn down by the Israeli military operation, be weakened. Israel would be held responsible by the regional and international community for the deteriorating security and humanitarian situation. Continued quiet and security for the communities in proximity to the Gaza border would be difficult to envisage, consequently undermining Israel’s overriding interest of achieving quiet and security for a sustained period.

In the end, a weakened and deterred Hamas that is willing and able to constrain other armed elements in Gaza—and that can continue to attract international humanitarian aid and reconstruction efforts—is more advantageous to Israel’s strategic interests than the other alternatives.

Much of the above reasoning laid at the basis of Operation Protective Edge in 2014, the results of which have so far provided almost three years of relative observance of a ceasefire, which has not required far-reaching concessions to Hamas nor has it been a detriment to Israel’s regional relations. On the contrary, Israel and Turkey’s recent rapprochement, together with continued Israeli-Qatari coordination of aid for reconstruction works in Gaza and Israeli-Egyptian cooperation over Gaza, have possibly added restraints on Hamas.

In 2014, Israel purposely chose not to defeat Hamas as an end-state, preferring instead to secure a cease-fire under Hamas’ continued governance. Militarily, this was achieved by a prolonged campaign of air strikes and a limited ground incursion to counter the threat from infiltration through the tunnels and rocket fire.

Though the ground incursion was limited to approximately three kilometers inside the Gaza Strip and lasted eighteen days out of the fifty-one-day operation, most of the IDF’s leading operational brigades were used to control the terrain and to carry out the tunnel search-and-destroy operations. In addition, over eighty thousand reservists were also called up to replace these units in their ongoing military tasks and to help the Israeli Home Front Command. A decision to defeat Hamas would necessitate the deployment of much of Israel’s conscript and reserve fighting units to Gaza for a prolonged period of time, with little realistic hope of changing the political reality there in Israel’s favor.

In fact, Israel’s present strategic environment is even more precarious than it was in 2014 when it tried to defeat Hamas as an end-state. This assessment rests on several strategic developments that have evolved since then. Specifically, the Palestinian Authority is weaker today than it was in 2014 and it is going through a transition period in expectation for the post-Mahmoud Abbas era; the strength of the armed Salafi extremists in Gaza has grown; and the Sunni camp, though wary of Hamas, would prefer not to have an additional arena of prolonged struggle within the Sunni world.