Why Italy Could Leave the Eurozone 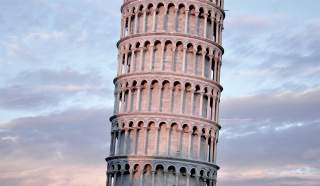 The Italian referendum has come and gone – and so has Italian Prime Minister Matteo Renzi, whose reform referendum suffered a major rejection at the polls. Close to sixty percent of Italians said No to proposed changes that would have reduced the power of the Senate and streamlined the legislative process to move ahead on badly needed economic reforms. The downfall of the Renzi administration leaves the third largest debtor among advanced economies without a government and the country’s banks in a precarious position. Once again Italy is heading toward the brink – this time a looming crisis in the financial system which has the potential to rapidly spread from the country’s creaky banks to the rest of the eurozone.

Renzi made a gallant effort to restructure Italian politics and reduce its inherent instability, thus setting the stage for badly needed economic reforms. He was thwarted by a combination of populist right-left forces, regional resistance to what was correctly perceived as a centralization of power in Rome and a degree of anti-EU sentiment. Since 1945, Italy has had 65 different prime ministers, not a great track record and certainly a difficult environment for economic policymakers.

What is called for is both economic and political reform; sadly this does not appear to be on the menu any time soon. Instead Italy faces the likelihood of an interim government and elections early in 2017. Even then it is not clear who will form the next government. The big winner of the December vote is Beppe Grillo, the leader of the populist Five Star Movement. A former comedian, Grillo wants another referendum to pull Italy out of the eurozone, an end to EU-mandated government spending limits, income guarantees for all citizens, and possibly a default on the country’s massive €2.3 trillion public sector debt burden (equal to 135 percent of GDP.)

In recent opinion polls, the Five Star Movement is just behind Renzi’s Democratic Party, which indicates that Grillo could win enough seats to lead the next government in Italy. Such a development would certainly be a major shakeup in European politics as it would put an anti-eurozone populist at the helm of the eurozone’s third largest economy. Although a Five Star Movement victory remains a big if at this point, chances have improved for a Prime Minister Grillo.

The problem for Italy’s political class, which largely rallied against Renzi, is that the country’s economy is a mess. At least Renzi was seeking to address pressing issues. Now the opposition — the Five Star Movement, Forza Italia, and the Northern League — have an opportunity to advance something different. But will they? Not likely. Moreover, they are running out of time as the economy has generally stagnated over the past fifteen years, unemployment remains stubbornly over 11 percent, and the banks are in dire shape. As Alan McQuaid, Chief Economist for Merrion Stockbrokers in Dublin observed: “The collapse of Matteo Renzi's government comes at a bad time for Italian lenders, which are collectively creaking with €350bn of bad and doubtful loans.”

One of the big questions is what the next government will do with its troubled banks, most of which need capital infusions. Banca Monte dei Paschi di Siena (MPS), one of the country’s largest banks, is a real worry. In the July stress test by the European Banking Authority it was ranked the weakest of the 51 European banks subjected to the annual assessment. MPS probably needs an additional €5 billion to stay afloat. At the same time, the country’s largest bank, Unicredito needs to raise as much as €13 billion as do two other smaller banks, Banca Popolare di Vicenza and Veneto Banca.

Dealing with the bank problem means playing hardball politics with Brussels, where new banking regulations stress a bail-in of stock and debt holders as opposed to taxpayers. Earlier in the year, Renzi sought to inject public funds into MPS, a move Germany blocked.

If Brussels (read Germany) is strict about the renewed need to recapitalize the banks (i.e. no public funds from taxpayers), an interim Italian government would find itself caught between German strictness about the rules and an angry public, many of whom hold Italian bank bonds as part of their retirement plans. This raises very tough questions in Italy over political will. If EU rules are followed (which we do not think they will be to the letter), the risk is that anti-EU sentiment would certainly rise and play into the hands of the Five Star Movement. That, in turn, raises the risks of a new referendum in Italy to leave the Eurozone.

The EU is under considerable stress – for anyone that is watching. The earlier deliberations over keeping Greece in the Eurozone were bruising and left a distaste with an austerity-driven Germany as the dominant power. The British vote to leave the EU was a major blow for an organization already seeking to maintain unity and relevance in the face of stronger nationalistic forces. In a sense, the British decision to opt out was a transformative moment in European geopolitics as it opened the door to others – not satisfied with an external body guiding local polities – to do the same. The bold move to realign political and economic landscapes is also at work with Donald Trump in the United States, where an unexpected populist leader is currently tweaking China over its trade policy. For Italy’s Grillo, allegedly an admirer of Trump, to aspire to taking Italy out of the eurozone is no longer so out of reach. It is now in the realm of possibilities.

While global stock markets are riding high and Italy’s opposition is celebrating a victory over Renzi, Europe’s next big crisis has already formed and when it explodes the ripples will be felt far and wide. Urgent action is needed on the economic and financial fronts, but it is difficult to see anyone assuming a leadership role in Italy with any idea of what to do next. With its massive debt, an Italy struggling to reassure investors to help it roll over public sector debt could be increasingly difficult and beyond the mandate of the European Central Bank’s quantitative easing program. Italy may not end up in a new financial meltdown, but it certainly has all the makings of the next big European crisis.