Why Japan Turned Against the Paris Peace Treaty, and Why It Matters 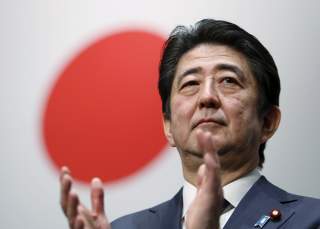 Next month will mark one hundred years since world leaders assembled in Paris to bring about a formal end to World War I and plan for the reconstruction of the international political system. As we now know, they failed in their efforts to establish a lasting peace between the world’s major powers. But why did the Versailles conference fail to produce an enduring peace settlement? And what are the lessons for contemporary and future international politics?

It is conventional wisdom that the post–World War I international order fell apart because the winners of the Great War failed to treat their defeated rivals with sufficient magnanimity. Instead of striking an equitable and far-sighted grand bargain that would permit reconciliation between erstwhile rivals, the war’s victors opted for a punitive peace, especially with Germany. From this view, the architects of the Versailles settlement were also the authors of its demise: by punishing Germany and inflicting humiliation upon its population, they all but ensured that Berlin would seek revisions to the postwar system if ever the opportunity arose.

True enough, Germany in the 1930s was a primary challenger of the international status quo. But one of the most revealing lessons of the interwar period is that even the victors of 1918 soon became unhappy with the framework established in Paris. This history of how and why states like Japan and Italy came to view the prevailing order as something that needed to be overturned is laden with implications for twenty-first century geopolitics, showing just how difficult it can be to keep great powers satisfied with the distribution of benefits in international society.

Reduced to its most basic level, world politics is a never-ending contest over how to allocate scarce resources among competing states. Territory, security, prestige, economic access, political sovereignty, religious autonomy, global leadership, a free hand to shape its regional neighborhood—all of these are things that states might desire for themselves, but which others have the power to deny them. For as long as there are two or more states in existence, there will always be the potential for disagreements over how to distribute things among them.

Conflicts are most likely to arise when states are deprived benefits that they could secure for themselves through the application of force. Conversely, international tranquility is most certain when all states—or, at least, all the major powers—enjoy what they perceive to be their “just desserts.” This means that preserving international order and stability depends in large part upon finding diplomatic ways to keep all states satisfied with their lot.

Given the anarchic nature and vast complexity of international politics, managing world affairs in a way that omits any hint of conflict is an obviously impossible task. It is frequently the case that the distribution of benefits among states fails to keep pace with shifting distributions of power, leaving some states enjoying less than they could reasonably expect to take for themselves by force. Such disjunctures can lead to jealousy, fear, envy, resentment, anger and enmity.

Even when leaders come together with the express intention of apportioning benefits between them, they have a poor record of securing lasting peace. The Paris Peace Conference is a well-known case in point. The failure at Versailles to construct an enduring postwar settlement is rightly remembered as one of the costliest tragedies in international history. But it would be wrong to blame the postwar order’s collapse solely on naivety or bad judgment; finding a formula to satisfy all world powers over the long-term was inevitably going to be an enormous challenge, fraught with danger.

Japanese foreign policy in the 1920s and 1930s helps to illustrate this basic fact of international politics. Japan had played an important role in World War I by neutralizing German naval forces in the Pacific, capturing German-controlled territories in China and Oceania, and even sending battleships as far afield as the Indian Ocean and Mediterranean. In return for these contributions, Japanese leaders expected a sizable postwar dividend.

Japan’s primary interest was to secure all of Germany’s former Pacific colonies and entrench a decisive say in Chinese domestic affairs. But while the Versailles conference did indeed award Japan control over some German territories—namely, the islands of the new South Pacific Mandate and the German concession in Shandong—others were transferred to Australia (New Guinea), New Zealand (Western Samoa), and the British Empire (Nauru). From the Japanese perspective, this territorial settlement was a modest harvest at best, and hardly reflected the central position that Japan deserved to occupy in Asia.

Even worse, Japanese delegates felt humiliated by their peers at Versailles. At one important juncture, Japan proposed a “racial equality clause” to guarantee equal treatment of foreign nationals regardless of race. When put to a vote, the clause gained majority support among the assembled diplomats. But sitting in the chair, U.S. President Woodrow Wilson ruled that the equality clause should not be included in the final agreement because unanimity had not been reached—the only instance during the entire Versailles conference that undivided consent was insisted upon.

It seemed obvious to Japan’s leaders that they were not being treated as peers of the so-called “Big Four”: Britain, France, the United States, and Italy. For fifty years after the Meiji Restoration, Japan had embarked upon a massive program of political modernization, economic industrialization, and Westernization. Combined with its alliance with the British Empire (1902) and its military defeat of Russia (1905), these policies helped elevate Japan to the rank of bona fide great power. But in the halls and corridors of Versailles, it was clear to the Japanese that the Europeans and Americans would never truly regard them as equals.

Subsequent international conferences proved little different. In 1922, for example, the Washington Naval Conference resulted in a confirmation of Japan’s position as a dominant naval power in the Pacific—on its face, an enormous diplomatic achievement—but simultaneously insisted that Japan terminate its bilateral alliance with the British Empire and relinquish control of the Shandong Peninsula in China. Once again, it appeared to the Japanese as if they were being singled out and treated differently from the Europeans, whose occupation of Chinese territory continued unabated.

The fundamental problem was that Japanese leaders in the interwar period believed that their country deserved a greater share of the international spoils than a succession of multilateral negotiations had afforded them—more territory, a greater sphere of influence, a larger military, genuine respect on the world stage, and so forth. Sometimes out of racism and at other times because they feared Japan’s military ambitions, other world powers consistently sought to limit Japanese influence.

Thwarted by multilateralism and internationalism, Japanese leaders ultimately concluded that their country’s interests were best served through territorial expansion, economic autarky, and political domination in East Asia. This is not to suggest that the Pacific War was made inevitable by the events of 1919-1922: international conditions did not compel the Japanese to embrace militarism, imperialism, and expansionism. Nor is it to suggest that Japan’s imperial ambitions were somehow fair, legitimate, or reasonable.

Rather, the point is that Japan’s dissatisfaction with the post–World War I order shows just how elusive “satisfaction” can be in international politics. States choose for themselves what they want, and they are not always contented with the concessions that are offered to them. Sometimes, world powers can make demands that are outright unfair, illegitimate, or dangerous to others. Dissuading them from acting upon such peremptory requests can be an impossible task.

The lessons for the contemporary era are painfully obvious. Today, the prospects for long-term international security are again in doubt. Rising and resurgent powers such as China and Russia harbor a raft of grievances against the U.S.-led world order. These include territorial claims in Ukraine and the South China Sea, complaints about the operation of keystone international institutions, and charges that the United States and its allies refuse to treat non-Western powers with the appropriate amount of respect. Even established powers such as the United States under President Donald Trump voice dissatisfaction with the organization of global affairs.

Keeping all the world’s powers satisfied with their lot will be the greatest diplomatic challenge of the twenty-first century. It is not a problem that can be dealt with in one fell swoop at a single conference or summit: the distribution of power among states is always vulnerable to future shifts and so there is no such thing as a fixed allocation of benefits that can keep all states satisfied for all time. Instead, it is something that will require constant effort—political, diplomatic, economic, and military.