Why Joe Biden Won’t Be Sleepy In Debating Donald Trump 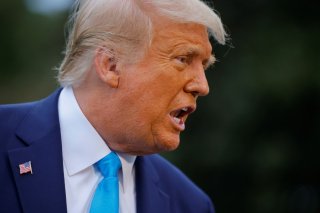 Donald Trump doesn’t think there should be any debate about it. On Sunday, he insisted that former vice-president Joe Biden submit to a drug test before their debate in Cleveland on Tuesday evening: “I will be strongly demanding a Drug Test of Sleepy Joe Biden prior to, or after, the Debate on Tuesday night. Naturally, I will agree to take one also. His Debate performances have been record setting UNEVEN, to put it mildly. Only drugs could have caused this discrepancy???” It was classic Trump, an attempt to raise questions where none exist.

But Trump is making a grave mistake if he truly believes that he can rattle Biden with spurious accusations of performance-enhancing drug use. For months, Trump has been labeling his Democratic opponent “Sleepy Joe.” There are lots of imponderables surrounding the debate, including the fact that the two candidates don’t know each other. But Biden may well enter the debate positioned to go on the attack.

For one thing, Trump has not lowered expectations for Biden’s performance; he’s crushed them. If Biden gives vaguely coherent answers and avoids any major flubs, he will likely be deemed by the media to have passed with flying colors. But there’s more to it than that. Trump would do well to watch Biden’s acceptance speech again. It displayed a very different Biden than the one who at times faltered during the Democratic primary. Instead, Biden came out swinging in his acceptance speech and landed some solid blows. Biden did not mince words: “The current president has cloaked America in darkness for much too long—too much anger, too much fear, too much division. Here and now, I give you my word: If you entrust me with the presidency, I will draw on the best of us, not the worst. I will be an ally of the light, not the darkness.” If he sticks to this theme, Biden will be able to frame the debate to depict himself as the candidate who can return America to normalcy.

Another reason Trump should be on high alert is Biden’s vituperative attack against him on Saturday that was redolent of the kind of swipes that he himself likes to dish out. Biden not only likened him to Nazi propaganda minister Joseph Goebbels but also to Fidel Castro. Rather than suggesting that there was anything ominous about Trump, however, Biden deployed these comparisons to ridicule him. “I think people see very clearly the difference between me and Donald Trump,” Biden said. “Trump is clearing protests in front of the White House that are peaceful, you know, with the military. This guy is more Castro than Churchill.”

Trump will be in a difficult position on Tuesday night not only because he has consistently depicted Biden as a senescent doofus, but also because he is way behind in the polls. He will be looking to land a knockout blow against Biden and to play to his base. But his appeals to the base may be boomeranging upon him as independent voters move toward Biden. A new Quinnipiac poll has Biden with a 10 percent lead over Trump among likely voters. Then there is a fresh Washington Post-ABC News poll which indicates that Biden has a 53 percent to 43 percent lead among registered voters. Still, Trump remains competitive in battleground states such as Florida and Wisconsin.

But Trump’s deeply personal attacks have inadvertently provided Biden with a big opening. There is no new territory for Trump to mine. He’s already given away his best lines. His best hope is that Biden proves to be his own deadliest enemy. For his part, Biden, like a defense lawyer before a jury, would do well to anticipate Trump’s attacks on his character in his opening remarks and defuse them. The stakes are high for both candidates, but they are highest for Trump. The debates may well determine whether he remains a viable candidate or not.