Why Lukashenko Is Winning In Belarus 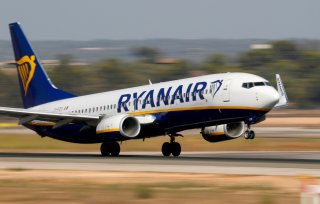 It’s almost game over for the opposition in Belarus. On May 23, a fake bomb threat and a Belarusian MiG-29 jet forced Ryan Air to land a commercial jet in Minsk, Belarus. The plane was carrying Raman Pratasevich, an administrator of the NEXTA-Live Telegram channel. In a country without independent media, NEXTA-Live functions as the nerve center of the democratic movement in Belarus that reaches millions daily. Without it, the street protest movement that has roiled the streets and unnerved Alexander Lukashenko, who stole the August 2020 presidential election, cannot function. The international kidnapping comes on top of another crackdown. Last week, authorities blocked access to the most popular news site in the country, Tut.by, and activist Vitold Ashurak died in prison.

Meanwhile, the West has dithered. Roman Waschuk, the former Canadian ambassador to Ukraine, has it right: “Lukashenko is acting perfectly logically, drawing conclusions from the nine months of wet noodle international responses to repressive moves since the stolen Belarus election.”

The details of yesterday’s incident are still murky, but from Western newspapers and eyewitness accounts of passengers aboard the Ryan Airlines flight, we know that 170 people boarded a flight in Athens, Greece that was bound for Vilnius, Lithuania, where Pratasevich lives in exile. Pratasevich had traveled to Athens to attend a conference on Belarus's economy.

As the plane neared Lithuanian airspace, the air traffic control tower told the pilot to make an abrupt U-turn and land in Minsk, Belarus. There were claims that the plane had a bomb aboard. Four KGB agents on the plane were there to reinforce the point; they allegedly picked a fight with the crew and insisted that the pilot divert the plane to Belarus. According to fellow passengers, Pratasevich begged the crew not to do so; he knew that prison and probably worse would await him.

Ryanair, a low-budget airline covering much of Europe, claimed that Minsk was the nearest airport. In fact, Vilnius was much closer. So why did Ryanair land in Minsk with political dissidents aboard? Ryanair must explain why it put Pratasevich in imminent danger and disclose the plane’s manifest. We do not know the names of the KGB agents and whether they are Belarusian or Russian. Open the files, Ryanair.

Of course, this all could have been avoided if Pratasevich had bothered to look at a map before booking his flight. (The most direct route from Athens to Vilnius goes through Belarusian airspace.) Time to relearn the lessons of the Cold War. A family member, a Cambridge don and Czech dissident, categorically refused to fly over the Iron Curtain. He knew that planes could experience “mechanical failure” or suddenly experience an urgent need to refuel. Pratasevich made a second rookie error. He told friends that a strange bald man he didn’t recognize was taking his photo in the Athens airport.

So far, the West has done little other than to bluster impotently. Policymakers will suggest the inutile instruments they always turn employ: sanctions. Further sanctions aren’t likely to alter Lukashenko’s behavior. The measures that Europeans are proposing, including a ban on flights from Belavia, the country’s national carrier, will simply serve to further isolate Belarus, which received a $1 billion loan from Russia in December. Incremental policies may provide a moral salve, but they will not lead to fundamental change. Quite the contrary.