Why Millennials Are Turning Away from the Mainstream Media 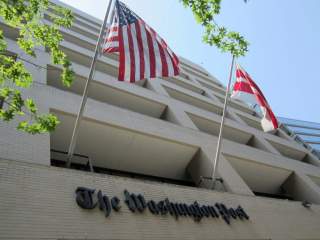 In Longfellow's The Masque of Pandora, Prometheus laments, "Whom the Gods would destroy they first make mad." Perhaps if Prometheus had been exposed to 24/7 cable news or mainstream newspapers, he would be comforted to know that he was not alone in evoking the wrath of Mount Olympus's stern residents. Despite placing themselves on a moral and intellectual pedestal, a multitude of mainstream journalists forgo honest investigation and analysis for sensationalist political theater.

This unfortunate trend was most glaring during the revolutions in the Middle East that began in Tunisia. Critics of the media's reporting of these events were not restricted to experts at think tanks or academics. As part of the millennial generation, I can confidently say the media's coverage of the "Arab Spring" harmed its credibility in the eyes of many young Americans. Moreover, it will be the new generation who will have to pay the most for the mistakes influenced by media-driven misperceptions. This is especially so at a moment when East-West relations have reached a new state of volatility. As a welter of charges is flung back and forth about the tragic downing of the Malaysian Airlines Flight 17, which was flying over eastern Ukraine, the need for calm, impartial and penetrating reporting is more essential than ever.

It must be acknowledged that America's response to the "Arab Spring" has been a failure. Today Egypt has come full circle after the Muslim Brotherhood's brief stint in power. Libya is marred by instability and uncertainty. Syria's rebels have turned Islamist, and some of them are now using their territorial gains in Syria as a springboard for an invasion of Iraq. This dire situation has many causes, one undeniably being America's judgment clouded by romantic dreams of young liberal activists in Arab nations transforming the Middle East into a bastion of Western values.

The term "Arab Spring" itself conveys unmerited optimism. Spring is regarded universally as a symbol of hope and rebirth. By contrast, the history of revolutions is at best a mixed bag. For every George Washington that is brought to power by revolution, a Robespierre, Lenin, and Ayatollah Khomeini are empowered. On what basis did these members of the media conclude that these uprisings would unquestionably result in the former rather than the latter? Would it not have been wise to reserve judgment and carefully investigate the situation before expressing euphoria, especially in a region as tumultuous as the contemporary Middle East?

From the very beginning, it was evident that many journalists sought to portray the protesters in a sympathetic light. The New Republic thus evoked memories of 1989 by trumpeting, “Cairo has taken its place alongside Budapest and Prague as one of the modern capitals of liberal revolt." Writing in the New York Times, David Kirkpatrick described the Libyan rebels as "secular-minded professionals—lawyers, academics, businesspeople—who talk about democracy, transparency, human rights and the rule of law." One reporter from The New Yorker went so far as to compare a Libyan rebel's appearance to that of a "beardless Abraham Lincoln." Their advocacy went far beyond flattering depictions, with many calling for the United States to act on behalf of those revolutionaries. For instance, Liz Sly, The Washington Post’s Beirut bureau chief, attempted to shame those who urged caution on Syria by bemoaning, "America, once regarded by the Syrian opposition as a natural friend in its struggle for greater freedoms against a regime long at odds with the West, increasingly is being viewed with suspicion and resentment for its failure to offer little more than verbal encouragement to the revolutionaries." To solidify her point, she mentions an 11-year-old boy who had his left leg severed as a result of the fighting and quotes his despondent older brother to suggest that had America been more involved, this tragedy could have been averted. Those who disagreed with her call for greater intervention presumably would be heartless monsters who didn't care about the plight of Syrian children.

As part of their campaign to depict these various revolutionaries as the modern day equivalents of Thomas Jefferson, certain reporters tried to minimize the significant involvement in these protests by Islamist groups. A Washington Post editorial dismissed apprehensions about the role of the Muslim Brotherhood in the Egyptian revolution by writing that the group "played a marginal role in the demonstrations" and citing Egyptian analysts that asserted that an "Islamist party would attract a minority of voters and would be unlikely, in the short term, to come to power." This was allegedly due to the fact that the Muslim Brotherhood's "long-term aim of establishing an Islamic government in Egypt is at odds with what the mostly secular and middle-class demonstrators have been calling for: the democratization and modernization of the country." Just a year later Mohamed Morsi was elected president, suggesting that claims of a internet savvy pro-western majority were dramatically overblown.

Enthusiasts of the "Arab Spring" in the press were as avid in de-emphasizing the role of Al-Qaeda in the Syrian opposition's war effort. Eventually, following Jabhat Al Nusra's pledging of allegiance to Al-Qaeda, most journalists were forced to accept that it was no trivial actor in this conflict. Unfortunately it was too little too late, as by that time the United States had begun to send weapons to the rebels. Additionally, Washington's vocal support for the rebels had encouraged regional powers like Saudi Arabia and Qatar to begin arming rebel fighters, including jihadist groups like Al-Nusra. While Libya thankfully did not fall to Islamists, the current chaos is a far cry from the prosperous liberal democracy predicted to emerge after Gaddafi's demise.

Looking at the "Arab Spring" through rose tinted glasses led the United States to commit questionable policy decisions, which could have easily been averted had the situation been approached with open eyes. By prioritizing good public relations for Egyptian, Libyan, and Syrian anti-government groups over providing quality analysis, the mainstream media effectively disempowered the American public. Would the United States have abandoned a deeply flawed but close ally while expecting the Muslim Brotherhood to take his place? Would the American people have been eager to pursue military intervention in Libya had they known of the existing tribal tensions? Would the administration have succumbed to pressure to arm the Syrian rebels had taxpayers been aware of the extent of Al-Qaeda's presence amongst rebel ranks? These are all legitimate questions, which should have been raised and properly debated. They weren’t.

Such inaccuracies might be pardoned as earnest mistakes had there not been so much evidence available that pointed to very different conclusions. The lessons of Iraq were still fresh in the American psyche and there were many visible parallels in these countries. Surely it would not be too wild to imagine that in Syria or Libya, like Iraq, a power vacuum would allow for renewed conflict over historical grievances. However, despite having technology unparalleled in human history, massive financial resources, and degrees from the nation's most prestigious universities, many journalists proved unable or unwilling to understand the events unfolding in the Middle East.

Those who hoped that the mainstream media would learn from the mistakes of the "Arab Spring" were soon disappointed. The crisis in Ukraine shows that most members of the press still seek to reduce complex geopolitical issues into simplistic morality plays. Ironically, in the media's narrative of Ukraine, government forces are praised as the stalwart defenders of democratic values, while the rebels in eastern Ukraine are condemned as renegade puppets of autocratic Russia. This is not to say that much of the criticism directed towards the Donbass separatists and their Moscow patrons isn't merited. However like the "Arab Spring," mainstream journalists are too preoccupied in denouncing one side to objectively examine the other.

The Ukrainian government came to power by overthrowing a democratically elected president. In the May election, many parts of eastern Ukraine were not included and candidates who were perceived as either pro-Russian or even insufficiently supportive of the values of the revolution experienced intimidation and regular attacks. Furthermore, like the " Arab Spring", many journalists sought to downplay the part played by unsavory extremists. For the most part, the mainstream media ignored the prominent role of ultra-nationalists in the Maidan protests and attacks against rebels in the east. One such group, Svoboda, had been censured by the European Union as a "racist, anti-Semitic and xenophobic" party in 2012. They also conveniently forgot to mention that President Poroshenko and several leading governors are well known oligarchs, less known for their pro-Western views and more so for their corrupt practices, the same corrupt practices that allegedly sparked the Maidan Revolution.

The media's coverage of these events has done little to endear them to a demographic whose viewership and readership they desire. According to recent Harvard Institute of Politics poll, only 11% of Americans between the ages 18 and 29 trust the media to do the right thing most of the time. To put this in perspective, even the NSA and Congress received higher approval ratings amongst this demographic, polling 24% and 14% respectively. Of all American public institutions, the media is viewed as the least trustworthy among millennials.