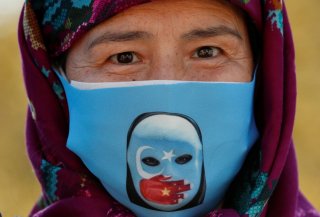 What is it that led Muslim leaders in Bahrain, Egypt, Iran, Iraq, Morocco, Pakistan, Palestine, Saudi Arabia, Syria, the United Arab Emirates, and Yemen to join Cuba’s October 6 statement praising China’s “response to threats of terrorism and extremism” and actions taken to “safeguard the human rights of all ethnic groups in Xinjiang?”

In recent years, Chinese authorities have detained more than one million of Xinjiang’s Uighur Muslim inhabitants in internment camps, suppressing their religious liberty and forcing sterilization, contraceptives, and abortions upon them—actions outlawed by the 1948 Convention on the Prevention and Punishment of the Crime of Genocide. As recently as December 2018, the Independent Human Rights Commission at the Organisation of Islamic Cooperation (OIC), a fifty-seven-member organization that bills itself as “the collective voice of the Muslim world,” acknowledged that Uighur Muslims were being subjected to “rising discrimination on the basis of their religion” and were “forced to follow and adopt cultural values and practices contrary to their religious beliefs.” By March, Business Insider’s Alexandra Ma says, the OIC had changed its tune: the organization began extolling China’s human rights efforts and expressing its desire for “future cooperation” with Beijing.

Pakistan’s journey on Xinjiang is illustrative of this trend. Although the Pakistani minister for religious affairs had criticized China’s crackdown on Xinjiang in September 2018, Islamabad did an about-face four months later when its Ministry of Foreign Affairs decried international concerns as a foreign plot to “sensationalize the [Uighur] matter.” Similarly, when Pakistani Prime Minister Imran Khan was asked about China’s treatment of the Uighurs this past January, he confessed that Pakistan preferred private discussions with China, since Beijing decided to “help us when we were at rock bottom.”

What is it about Pakistan’s “special relationship” with China that led Khan to publicly shun the Uighur issue even as he continues to highlight the plight of Afghan, Palestinian, and Kashmiri Muslims? Pakistan is one of the countries most beholden to the Chinese yuan; Beijing has pledged more than $60 billion to build the Chinese-Pakistan Economic Corridor linking its territory to the Arabian Sea, providing badly-needed support to Islamabad’s debt-laden economy. Moreover, China has been a boon for the Pakistani military and a useful counterweight against India.

Although it is commonly said that, in contrast to the United States and Western financial institutions, Chinese money comes with “no strings attached,” Saudi Arabia and its neighbors know better. However, though China may demand foreign acquiescence on Xinjiang and its “One China” policy, Beijing won’t make its investments contingent on its partners preserving free speech or fighting corruption—the kinds of foreign political interference that these autocratic states abhor—and won’t threaten to sever relations over pesky human rights violations like the murder of journalist Jamal Khashoggi. With the United States reducing its military presence in the Middle East, and the U.S. Congress and American public ever-more doubting the U.S.-Saudi partnership, Riyadh knows it needs new friends.

Beyond economics and sovereignty, Beijing and the autocratic Middle East share another common interest: a loathing of political Islam. Many Arab leaders “associate political Islam with terrorism,” Washington Institute for Near East Policy fellow Haisam Hassanein wrote last year, engendering regional sympathy that China’s “Uyghur crackdown is a counterterrorism campaign.” To be sure, Middle Eastern dissension over political Islam’s legitimacy is so acute that it has fractured the region into two hostile camps. Saudi Arabia, the United Arab Emirates, and Egypt fear the turmoil brought on by the Arab Spring of the early 2010s—which saw the Muslim Brotherhood or associated political Islamists win elections in Egypt and Tunisia and spark a rebellion in Syria—while a coalition of Qatar, Turkey, and Iran is more congenial to these movements. In fact, this friction was the root cause of the Saudi-led blockade of Qatar in 2017, which exposed this fault line with stark consequences for the United States.

Just like political Islam, Chinese and Middle Eastern elites also do not tolerate separatist movements within their borders. However, unlike the disagreement that characterizes the Middle East’s approach to political Islam, most regional states have restive religious or ethnic minority groups who are seeking autonomy or independence. Whether it is Shiites living in Sunni-majority Saudi Arabia or Bahrain; Yemen’s Houthis; or the Kurds that span across Syria, Iraq, Turkey, and Iran, many post-Sykes-Picot Middle Eastern states have only remained coherent thanks to overwhelming force and ubiquitous surveillance.

China, too, shares such a problem. As a multiethnic empire, China’s Han majority has long been wary of insurrection in Xinjiang, the country’s largest region, where maintaining stability is critical to fulfilling Xi Jinping’s multi-trillion-dollar Belt and Road Initiative. According to a Reuters’ report that quoted from a Chinese government white paper, 458 people have been killed and at least 2,540 wounded in Xinjiang since 1990, and authorities “arrested 12,995 terrorists, seized 2,052 explosive devices, punished 30,645 people for 4,858 illegal religious activities, and confiscated 345,229 copies of illegal religious materials” between 2014-2019 “to stem the threat of Islamist militancy.”

Still, even if these figures are taken at face value, Chinese concerns about Islamic militancy in Xinjiang appear overblown. At a round table convened by the Foreign Policy Research Institute (FPRI), Haverford College Professor Barak Mendelsohn observed that international jihadist groups have been “largely quiet” about Xinjiang, and regional jihadist violence has been “rather narrow, the attacks sporadic and the actors perpetrating them unsustainable in the face of the Chinese state’s repressive apparatus and surveillance might.” Indeed, Mendelsohn noted that “most Uyghur jihadis chose to leave China,” preferring to fight in Afghanistan or Syria where more salient Islamic struggles are ongoing and state control is far less pervasive. Chinese authorities, like their Western counterparts, often emphasize that these foreign fighters’ return poses a dire national security threat.

China has so effectively persuaded foreign representatives and media of its good intentions that initially skeptical Indonesian officials, the Wall Street Journal reports, became “convinced” that Chinese reeducation camps in Xinjiang were part of a “well-meaning effort” to help the Uighurs. As Reuters and the BBC have revealed from their own travels to Xinjiang, Chinese officials arrange visits to “vocation education training centers” where Uighur adult “students” confess that they are attending reeducation classes voluntarily, dance and paint for the cameras, and sing English songs like “If You’re Happy and You Know It, Clap Your Hands.” None of it seems to trouble anyone unduly.

Much as peace in Palestine has become less important to the Arab Gulf states’ foreign relations, so too does the Middle East’s silence on Xinjiang suggest that today’s regional governments are willing to compromise on peripheral interests if it means ensuring core ones.