Why NATO Is Stronger Than Ever 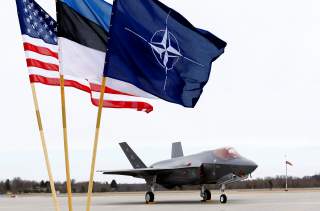 The year 1949 was a challenging one for the United States. On August 29, the Soviet Union tested its first nuclear weapon. And on October 1, communists took power in China.

Seventy years ago, the first of these events seemed by far the greatest threat to the United States. Indeed, bringing Soviet, and then Russian nuclear arms under control has been a major theme of the past seven decades. Russia’s recent backsliding on their treaty obligations should worry us all.

Now, some suggest communist China is a greater challenge to U.S. supremacy. China’s rise is a story of rags to riches. Today, the country draws its strength from its new status as a manufacturing superpower, making it the only rival to the economic supremacy of the United States.

There is no doubting the connection between economic strength and the power to influence world events. After all, it was a head start in the industrial revolution which enabled the British empire to thrive, and a similar leap in U.S. manufacturing which helped the United States to win out in the twentieth century.

But the challenge from both China and Russia is not primarily economic. It is to the system of rules and international norms, carefully developed over several decades, under U.S. leadership, which underpins peace and prosperity in the world.

Through their illegal annexation of Crimea, their shameless assassinations on the streets of Berlin and Salisbury, and their mischievous efforts to sow discord through disinformation, Moscow is challenging that system. And China undermines it too—by creating artificial islands to make artificial claims of sovereignty, by stealing intellectual property, and through coercive economic measures.

We don’t know how this will turn out. To assume that U.S. supremacy will be restored and that the peace and prosperity of the last seventy years will automatically be sustained, would be complacent. But equally, it would be pessimistic to predict the trend will continue. U.S.-led leadership in the world has been through worse before and come out stronger.

Because, although the U.S. share of world output has roughly halved in the seventy years since 1949, the institution created in that year which now dominates more than half the world’s output is a friend of the US.

The twenty-nine countries of the Western military alliance are now responsible for 53 percent of global GDP. Half of that total is American, but the other half comes from countries like the UK, France, Germany, Spain and Italy. These non-U.S. NATO countries have a combined GDP greater than China’s and, if the United States is included, more than twice as much.

NATO is already upholding the rules-based international system in Europe. It has troops poised to respond to a Russian incursion in the Baltics. It is fighting back against Moscow’s disinformation campaigns, and it is deterring further Russian malfeasance against its neighbors.

But NATO is more than that. The Alliance is proof that once rival nations can come together to defend principles and to defend each other. From the most populous contributor, the United States, to the smallest, Iceland, all NATO member states invoked the principle of collective defense after 9/11. NATO—the most powerful military alliance ever assembled—embodies the rules-based international system laid out by the US following allied success in World War II. It is an alliance of values as much as it is an alliance of armed forces.

Signed into being on April 4, 1949, NATO is older than Russia’s status as a nuclear power and has been established longer than the communist leadership of China.

NATO does not seek world leadership—it is a defensive alliance. But it can lend moral authority to the United States around the world and help protect U.S. interest against the challenges posed by the other institutions that came into being in 1949, such as nuclear-armed Russia and Communist China.

Best of all, NATO can underpin the rules and norms of the international system far better than any one nation ever could.

The United States should not fear bequeathing its leadership role to a seventy-year-old institution, which now dominates half the world economy, because that institution is the NATO alliance it still leads.

Iain King is the UK Visiting Fellow at CSIS. He has written five books spanning international affairs and history, and he has an extensive background in diplomacy, academia, and working in war zones.