Why a New 9/11 Commission Is Needed 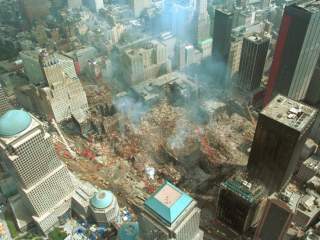 Most ad hoc commissions come and go without a trace. Not so, the 9/11 Commission. Its final report became a national bestseller. Its findings served as the touchstone for explaining what happened on that dreadful day the terrorists went after New York City and Washington, D.C. Even more important, the report framed the argument of where the nation should go from here.

More than ten years have passed since then. Is it time to assemble another commission?

This is not about politics. The terrorists don’t care which political party occupies the Oval Office or reigns in the House and Senate. They are just trying to kill us. If there’s one thing both parties should be able to agree on, it’s that we need to work out—in a non-partisan manner—how to stop the terrorists from achieving their goals.

To be sure, assessing the state of the nation’s effort to battle transnational terrorism will entail grading the Obama administration’s performance in this area. So what? It is not like anybody is going to lose their pension or good to jail. Those who have served this country ought to be big enough to accept that people are going to evaluate and critique their work. That’s going to happen with or without another commission. It’s better for all if the grade comes from a professional commission with access to all the relevant information and a clear charter from the Congress.

In practice, a commission established now won’t deliver a report until after the 2016 elections. That’s well and good. Shuffling the furniture in the Oval Office would serve to lower the political bickering and offer the next president a non-partisan platform from which to work.

Some might question the need for a commission, noting that the nation hasn’t suffered a disaster on the scale of 9/11 since, well, 9/11. But the original commission’s charter was to investigate “terrorist attacks upon the United States,” not just the events of 9/11. That made sense. There is something to be said for looking at the totality of the issue. Doesn’t it make sense to take a deep breath and see where the nation stands today, rather than wait for a new mass of body bags to pile up before taking action?

Congress could do the job itself, but that’s unlikely. The partisan divide is deep. Of late, the House Homeland Security Committee has done decent work, including a report looking at terrorist travel and foreign fighters. But a fundamental problem remains: jurisdiction and oversight of homeland security is still hopelessly fragmented among many committees in the Congress.

There is an even more important reason why a commission might make sense. America no longer faces the terrorists of 9/11. Even before the attacks on Paris and San Bernardino, there was plenty to suggest the face of the global Islamist insurgency had come to look very different from what confronted the West over a decade ago.

The list of what has changed over the last seven years is quite long, from ISIS getting its own state to the presence of Al Qaeda on the Internet. And now we must answer new questions—like how to handle terrorist travel in an age of refugees.

The threat to the homeland is dramatically different than it was decade ago. A database maintained by The Heritage Foundation logs no fewer than seventy-five known terrorist plots aimed at the United States since 9/11. The increasing frequency of plots over the last year is stunning, as is the diversity of the threat.

At the same time, there are many troubling claims that the U.S. counterterrorism effort is losing steam. Some say that the kinds of walls and restrictions that inhibited effective cooperation before 9/11 are being rebuilt. A recent assessment of the FBI’s performance in this regard is generally positive, albeit not wholly uncritical. But complaints about the Department of Homeland Security have been legion. The administration has also been hit with numerous accusations of limiting investigations and cooking the books on intelligence.

Arguably, the public is losing trust in the government’s capacity to keep it safe. A recent Gallup poll pegged terrorism as the number one problem facing America.

While some, including the president, argue that fears about transnational terrorism are overblown, there is a case to be made that the mere fact that Americans are concerned merits an honest assessment of the state of the threat and the appropriate response.

Congress and the White House ought to at least consider putting together a new commission.