Why Not an American Admiral Gorshkov? 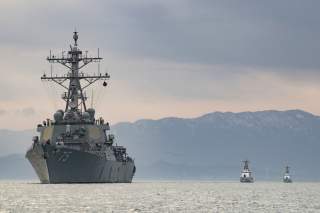 Last Sunday brought a shocker from the world of American naval affairs: Adm. Bill Moran, a highly respected naval aviator and budgetary and personnel specialist, announced that he would retire from the service rather than take up the post of chief of naval operations (CNO), America’s top naval officer. Details remain scanty, but Admiral Moran had remained in contact with a disgraced public affairs officer via email and USA Today had filed a Freedom of Information Act request to obtain their correspondence. Moran was probably worried that the press would sensationalize the contents of the email conversation. If so, then the ensuing scandal could have made him an instant lame-duck CNO.

Machiavelli would approve. Oddly, navies representing authoritarian states have fared better in this regard in recent decades. Starting in the early 1960s, Adm. Sergey Gorshkov modernized the Soviet Navy by transitioning it from a backward coastal-defense force into an oceangoing navy able to challenge the U.S. Navy for maritime supremacy. Gorshkov served into the mid-1980s and wrote a book about sea power along his way. He was the right man for the times, and Moscow sagely left the Soviet Mahan in charge.