Why Pakistan's Pashtuns Are Pushing Back 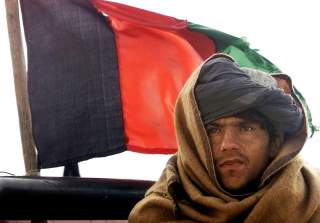 Something big is brewing in Pakistan—a development that is wholly unprecedented, yet so contentious that many major media outlets in the country aren’t covering it.

Pashtuns—an ethnic minority in Pakistan comprising about 15 percent of its two hundred million people—are leading a new protest movement that demands more rights and justice, particularly in the conflict-riven tribal areas. Known as the Pashtun Tahafuz (Protection) Movement, or PTM, it calls for an end to extrajudicial killings, less humiliating treatment at security checkpoints, and the removal of landmines. It also demands that those the protesters claim have been “disappeared” by the state be presented in court.

These are the types of basic demands for dignity made by vulnerable communities around the world. What makes them so unusual, and explosive, in Pakistan is that they’re being directed at the powerful military—the country’s most inviolable institution. Rarely if ever in Pakistan has a movement of the marginalized criticized the military so publicly, emphatically and relentlessly.

Back in January, a young Pashtun man named Naqeebullah Mehsud was killed in a suspected target killing in the city of Karachi. Since then, the PTM has staged protests in cities around the country, with more planned in the coming days. “We will keep going on,” vowed Mohsin Dawar, one of the group’s leaders. He spoke to me while at a rally in Islamabad on April 17. The PTM, he said, wants to fill “a big vacuum” in a society that lacks a strong voice for Pashtun rights.

In more recent days, however, the tables have turned. Hostile social-media campaigns have intensified, accusing the PTM of inciting violence and receiving foreign support. Some analysts are comparing the PTM’s anti-state rhetoric to that of the Taliban. Most Pakistani television stations, likely because of pressure from the military, haven’t covered the protests, and newspapers are refusing to publish columns—even those by the country’s most prominent writers—on the movement. Officials in Lahore refused to give the PTM a permit for a protest in that city on April 22, though the group held the event anyway.

Meanwhile, General Bajwa has branded the PTM protests as “engineered” and a form of “hybrid warfare” to weaken the nation. He also warned that Pakistan must not let the PTM distract from the nation’s “true heroes”—an apparent reference to the thousands of soldiers who have lost their lives fighting terror.

There’s an irony here. Islamabad has long complained the world doesn’t appreciate its sacrifices in its efforts to combat terror. And yet Pakistani officialdom is now disparaging a demographic that has made some of the heaviest sacrifices in that very war. In recent years, scores of Pashtuns in the tribal region have been killed, maimed and displaced by terror.

It’s unsurprising that a peaceful Pashtun protest movement making basic demands for rights and justice would generate so much vitriol at the highest levels of power. “We have challenged the might of the most powerful institution of this country,” Dawar, the PTM leader, told me. “They’ll use all their tools and propaganda against us to malign us.”

Several other factors help explain the backlash across Pakistani state and society.

First, Pashtuns in Pakistan are an easy target. They face widespread discrimination and are frequently labeled as terrorists or drug dealers. Last year, police in Punjab province were ordered to pay special attention to Pashtuns and to treat them as potential terror suspects. (Most members of the Pakistani Taliban, the deadliest terrorist organization in Pakistan over the last decade, are Pashtuns.) Additionally, Pakistan has hosted several million Afghan refugees, most of them Pashtuns, for several decades, and they frequently complain about police harassment and other forms of discrimination. Several months ago in Islamabad, I heard a senior Pakistani military official declare that the country’s terrorism problem would be solved once and for all if only every Afghan refugee were returned to Afghanistan.

When victims of prejudice boldly question authority, blowback is all but ensured. For proof, look no further than the Black Lives Matter movement.

Second, any kind of Pashtun activism is bound to trigger one of the Pakistani security establishment’s greatest fears: The specter of Pashtun nationalists calling for a separate country uniting Pashtuns along both sides of the Afghanistan-Pakistan border. In reality, the PTM’s stated demands revolve around Pashtun rights, not separatist politics. But age-old anxieties die hard.

Third, the PTM’s messaging undercuts an important narrative projected by the Pakistani military in recent months: The tribal areas, buffeted by conflict for many years, are returning to a state of normalcy, thanks to a robust counterterrorism offensive in North Waziristan that has degraded anti-state militants and resulted in a relative respite in terrorist attacks across the country. Last November, I visited Miranshah, the capital of North Waziristan. Pakistani military officials there declared that terrorism had been eliminated; they claimed that there were no more no-go areas; and they showcased new roads, markets, and hospitals. While the military speaks of peace and development in the tribal belt, the PTM speaks of indignity and injustice.

Finally, some facts on the ground work to the advantage of PTM detractors and their arguments. Some Afghan parliamentarians, as well as President Ashraf Ghani, one of Afghanistan’s 13 million Pashtuns, have expressed full-throated support for the PTM—thereby giving ammunition to those that claim a foreign hand is behind the movement. Robust expressions of support from Afghanistan for the movement also sharpen the fears of those Pakistanis who believe that the PTM wants to unite Pashtuns on both sides of the border.

Additionally, the movement’s rhetoric, particularly in more recent weeks, has been unabashedly hostile toward the military. At one rally, the PTM’s top leader, Manzoor Pashteen, identified “GHQ”—a reference to the military’s general headquarters—as “the place that destroyed us.” Protesters also chant about the “uniform” backing terrorism. At the April 22 protest, Pashteen referred to military generals as “traitors.” And according to one of the few Pakistani media accounts of the April 22 protest, at least one speaker alleged that the military was complicit in a horrific terrorist attack, claimed by the Pakistani Taliban, on an Army-run school, which was populated with the children of soldiers, in Peshawar back in December 2014. Such witheringly anti-military rhetoric, according to the PTM’s harshest critics, exemplifies how the movement has lost its appeal and descended into ethnic-power politics while becoming “a political party in all but name.” More broadly, it angers many others in Pakistan who venerate the military and regard such vociferous criticism as wholly unjustifiable.

The PTM does not espouse or engage in violence; Pashteen has specifically advised protesters to clasp their hands behind their backs if subjected to violent reprisals. Still, its heated rhetoric against the military, rooted in deep-seated, long-standing grievances, enables critics to brand it with the anti-state label, which decreases the likelihood that the security establishment will be receptive to its demands.

In a country where street protests are often led by religious hardliners and internationally designated terrorists, the emergence of a peaceful rights movement calling for more dignity and justice is a heartening development. However, its confrontational rhetoric has rubbed many Pakistanis the wrong way.

Ultimately, the strong resistance PTM has encountered could limit its prospects for success. And a lack of success could have a significant cost.

If the PTM and the powers that be aren’t able to reach some sort of understanding, longstanding Pashtun grievances could harden and tensions between Pashtuns and the state could intensify—thereby heightening stability risks in an already volatile country.

In this regard, the announcement on April 24 by a top Pakistani Army official in Peshawar—that a high-powered jirga, or tribal council, comprised of politicians and elders will be formed to hold talks with the PTM—is encouraging.

Still, at this early point, it remains to be seen how far this dialogue can and will go.