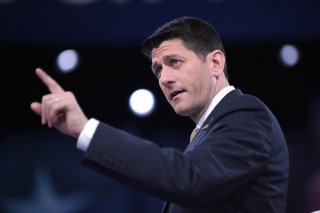 For more than seven years, the Republican Party has made its hay running against the spectre of Obamacare. Ever since Scott Brown won the late Sen. Ted Kennedy’s seat in January of 2010, GOP candidates have been excoriating President Obama’s signature domestic policy for the many ways it has failed to live up to its promised outcomes—failures that have seen premiums spike and market choices diminish. For seven years, Republican politicians of all varieties claimed to be united on this one point: at the earliest opportunity, Obamacare would be repealed.

So how do we explain the failure of this seven-year effort in such a rushed, bizarre process, with legislation that left so many stakeholders, policy experts and activist groups disappointed and frustrated?

The truth is that underlying the unified front Republicans wanted to project, there has been steadily boiling dissent about legislation and strategy related to Obamacare’s repeal. This was a dissenting scene based not just on ideological differences, but on practical concerns as well.

From the moment that House Speaker Paul Ryan rolled out the American Health Care Act, there was dissent internally and externally about key aspects of the legislation. Many of the parties who had spent seven years working on the question of health reform claimed they were never consulted on the measure. Key conservative health policy wonks such as Yuval Levin, Avik Roy and Chris Jacobs were critical of Ryan’s approach and advocated for changes. Conservative groups like The Heritage Foundation and the Club for Growth were joined by the AARP and hospital and medical groups in opposition. The last poll taken about the legislation showed its support at a mere 17 percent.

Ryan and his leadership team seemed not to care, pressing forward despite the bill’s unpopularity and a real lack of awareness on the part of many members about how this measure would impact their districts. As Friday approached, they even lacked a CBO score, given the flurry of final amendments designed to please Freedom Caucus members concerned about leaving Obamacare’s regulations on the books and moderates increasingly concerned about coverage losses.

During the Medicare Part D battle, House Speaker Dennis Hastert and his leadership team were happy to be a cudgel for the George W. Bush White House in passing a major health-care entitlement. They famously kept the vote open for three hours in the House, using earmarks and threats to cajole enough Republicans to support the measure. Ryan, HHS Secretary Tom Price and Majority Leader Kevin McCarthy seemed convinced they could achieve a similar arm-twisting feat, this time through the personal pressure brought by President Trump. They thought he could berate the three dozen ideological conservatives in the Freedom Caucus into supporting the measure. As McCarthy told New York Times reporter Robert Draper, “Trump is strong in their districts. . . . There’s not a place for them to survive in this world.”

Except, as it turns out, there is. There is a simple, obvious lesson to take from the failure of Ryan and his team to succeed on the passage of a measure where Republicans should absolutely be unified: the Congress cannot function without a more open and inclusive process on the creation of legislation and the strategy used to deploy it. Ryan is a smart, insightful politician, but he started working on this repeal effort at a time when Donald Trump was still just a reality TV star. There is no excuse for failing to sell his approach externally and internally, considering the concerns of stakeholders and factions before the legislation was even unveiled, as opposed to just trusting someone as green to Washington dealmaking as the president is to roll the opposition out of the way.

President Trump would likely have signed whatever health bill the Congress sent him, and he trusted the Republican leadership to deliver a repeal and replacement to his desk. They failed to do so. Unless Republican leadership learns to live in reality, where there are a host of members with solid support in their districts who are more ideological than they are partisan, they will fail him and their voters again.

It is incumbent upon Ryan and everyone else in Republican leadership to learn the right lessons from this: they cannot pretend as if there are more centrist Democrats than there are Freedom Caucus members, and they have to implement a more open and transparent process for the creation of legislation and strategy. Without the Freedom Caucus, Ryan would not be speaker. He needs to be speaker with them, not against them.

Benjamin Domenech is the publisher of The Federalist.