Why Refugees Will Struggle to Combat the Coronavirus 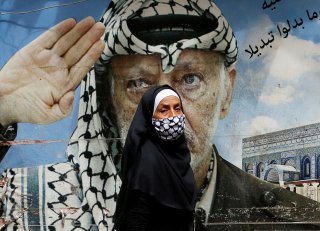 At a time when the pandemic is forcing people to stay at home and practice social-distancing, that is not possible for one of the most vulnerable populations—the world’s seventy-one million refugees, internally displaced persons, and asylum seekers. Having escaped conflict and persecution, they now risk illness and death from the coronavirus. That risk is heightened by a policy regime that focuses largely on refugees in camps, not the almost two-thirds that live in urban areas. But the crisis could provide an opportunity to reform a broken system for the benefit of refugees and host countries alike.

The word refugee has become synonymous with images of Syrians, Afghanis, Sudanese, Central Americans, and other groups huddled in makeshift camps that have become way stations between the homes they left behind and the safe havens they hope one day to find. Supported by the UN system and international nongovernmental organizations, these camps pose a heightened risk for the coronavirus, with a density of living conditions and lack of water and sanitation that makes social distancing and adequate hygiene impossible.

But the 61 percent of refugees who live in urban areas are also at risk, precisely because their situation is so fundamentally different from those in the camps. While these refugees receive some limited assistance from UN agencies and other multilaterals, they largely rely on work to pay their rent, buy food, and support their families. Indeed, a RAND survey of Syrian refugees in Turkey, Jordan, and Lebanon found that 65 to 85 percent relied on income from work as their main source of support. Refugees often work on the lowest rungs of the employment ladder, informally, below minimum wage, and without access to a social safety net if they lose their jobs.

Social-distancing measures during the coronavirus pandemic mean that many of these refugees can no longer work. This has put them in a dire situation because of food insecurity and the need to pay for rent and other expenses. Worse, when they cannot work, they resort to negative coping mechanisms, including reducing the quantity or quality of food, forgoing healthcare, selling personal goods, relying on child labor for additional family income, or having daughters enter into early marriage.

Refugees in urban areas also depend on local public and private healthcare providers, to whom they often have limited access. For example, the over one million Syrian refugees in Lebanon’s urban areas often cannot afford the fees to access Lebanon’s mainly private health-care system. The majority of the 1.6 million Venezuelans in Colombia lack regular immigration status and therefore have access only to emergency medical care. If refugees in urban areas do not have access to testing, treatment, and, ultimately, a vaccine during the coronavirus pandemic, then they could become vectors for transmission, posing risks to themselves and their host nations.

What is needed is a new framework for helping refugees and host countries—both during and after this crisis—that reflects the different circumstances of refugees in camps and urban areas.  In light of the epidemiological, economic, and humanitarian realities, this framework could be based on the fundamental principle that all people within a country’s borders facing the same health crisis should be treated the same, regardless of where they live or their citizenship status. This framework could also reflect the new 2018 Global Compact on Refugees, which urges that host countries should be supported in their efforts to help the refugees within their borders.

Because many refugees, particularly those in camps, are dependent on support from UN agencies, donor governments could help by responding to appeals by the UN High Commissioner for Refugees for an additional $255 million to improve the coronavirus preparedness and response for refugees.

But given that host countries are the main source of both employment and health care for the majority of refugees, bilateral and multilateral donors could also help by providing additional financial and technical assistance directly to host governments. Such assistance, however, might best be conditioned on host countries providing refugees with access to the coronavirus testing, treatment, and healthcare on a par with their own citizens. This would be in the host countries’ self-interest, since denying access to quality healthcare for one group could threaten everyone.

Bilateral and multilateral donors could also provide additional funding to the World Food Program for food assistance to refugees who are unable to work. Since refugees contribute to national economies through both their labor and consumption, improved access to a social safety net—and to work once social distancing is relaxed—would be in host countries’ best interests as well.

Finally, to ensure that refugees have access to a vaccine once it becomes available, GAVI, the global Vaccine Alliance, could ensure that eligible countries, the world’s poorest, include refugees in their requests. GAVI could also consider using its policy flexibility to provide assistance to middle-income host countries, like Lebanon and Colombia if they include refugees in national pandemic plans.

These reforms could be crucial—not only to address this crisis, but also the next one. Conflict and persecution have led to an ever-growing number of displaced people. The impact of climate change, drought, famine, and economic dislocation will only add to their ranks.

Instead of a post-pandemic world characterized by swelling camps, refugees could benefit from equitable access to work, health care and a social safety net. This could not only make their lives safer and better but could also benefit the host countries. In short, instead of allowing the current crisis to exacerbate the harmful impacts of a broken system, this could be an opportunity to remake it.

Shelly Culbertson is a senior policy researcher focusing on refugees at the nonprofit, nonpartisan RAND Corporation. She is the author of The Fires of Spring: A Post-Arab Spring Journey Through the Turbulent New Middle East.