Why Republicans Need to Rally around Trump 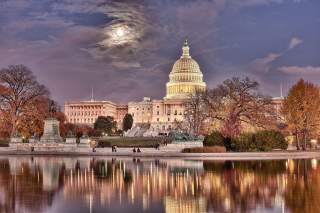 During the 2016 campaign, numerous prominent conservatives opposed the Trump candidacy and warned that its success would be inexorably bad for conservatism.

Some two months into his presidency, rifts between Donald Trump and conservatives are in plain sight. The new president has blamed the recent failure to repeal and replace Obamacare on the conservative House Freedom Caucus. In various presidential tweets, he named and blamed various caucus members and even threatened to fight against the group along with Democrats in the midterm elections of 2018.

Were Trump’s conservative critics correct all along that he is bad for their cause?

While the failure to repeal Obamacare is no doubt a setback for the Trump administration and Republicans in general, conservatives should nevertheless be heartened by the overall progress made and broad direction set by the new president. Unconventional though his presidency may be—and it certainly is, beyond the wildest imagination—Trump has pursued an agenda that is friendly to many of conservatism’s cherished ideals.

Since his inauguration, President Trump has picked a cabinet that many acknowledge is the most conservative in history and nominated Neil Gorsuch, a highly respected conservative judge, to the Supreme Court. Furthermore, he has pursued regulatory reform, border and homeland security and pro-market measures that conservatives have long supported.

While controversies—ranging from Russia’s interference with the 2016 presidential campaign to Trump’s accusations of the Obama administration’s “wiretapping”—have kept pundits and lawmakers busy, far less attention has been paid to the steady stream of White House executive orders and actions that chip away at the excess and absurdity of the federal regulatory state.

Since his inauguration, President Trump has done the following.

• Instructed every federal agency to establish a task force to study regulatory reform and make recommendations for simplifying and repealing cumbersome regulations.

• Required federal agencies to identify two regulations for elimination before issuing a new one.

• Ordered a comprehensive plan for reorganizing the Executive Branch (including by eliminating unnecessary agencies) to improve efficiency, accountability and effectiveness.

• Imposed a hiring freeze (that exempts the military) across the Executive Branch.

Conservatives have long complained about the gargantuan size of the federal government, the cumbersome regulations that stunt job growth and hamper entrepreneurship, and the army of faceless, nameless bureaucrats who waste taxpayer money but are seemingly immune to removal based on performance.

Trump, not known as a conservative, has taken the first steps toward thwarting the stupidity of government excess. Obviously, much more beyond the initial executive orders will be required to enact real, far-reaching regulatory reform. Still, conservatives should be pleased with the progress made during Trump’s first days in office.

Meanwhile, the Trump administration has begun to remove Obama-era financial regulations and economic roadblocks that conservatives have long considered to be burdensome to the market.

Thus far, the administration has enacted the following measures.

• Commenced the rollback of various Obama administration energy regulations, including the controversial Clean Power Plan that restricts greenhouse gas emissions but have been criticized by conservatives for hurting jobs in the coal industry.

• Permitted the construction of the Keystone XL and the Dakota Access oil pipelines, both of which create jobs and deliver crude oil across the United States but stalled under the previous administration.

• Moved to reverse Obama-era financial regulations, including the Dodd-Frank Wall Street Reform and Consumer Protection Act regulations passed after the global financial crisis of 2008 to 2009 that have been criticized by conservatives for hampering lending, harming community banks and stunting economic growth.

Other Obama-era regulations have been targeted as well, with President Trump promising to “remove every job-killing regulation we can find.” These are words that should be music to conservative ears.

Trump’s rhetoric and actions on securing the border and defending the homeland against radical Islamic terrorism have created huge controversies. In many ways, they strike squarely at the core of what matters to conservatives: sovereignty and security. While plenty of Republicans, like Florida Sen. Marco Rubio and Arizona Sen. John McCain, are eager to offer amnesty to illegal immigrants, conservatives in the GOP base see things differently, and expressed their preferences accordingly by voting Trump into office.

Since assuming office, Trump has taken the following actions.

• Authorized the immediate plan, design and construction of “a physical wall along the southern border.” The Department of Homeland Security has in turn solicited bids from vendors for such a wall.

• Ordered the “faithful execution of the immigration laws of the United States,” the stripping of federal funds to sanctuary cities, the hiring of five thousand more Border Patrol agents, and an end to “catch-and-release” for illegal immigrants. Attorney General Jeff Sessions has since then reiterated the administration’s commitment to defund sanctuary cities.

• Put in place temporary restrictions of travel and directed heightened screening and vetting for visa applicants from terror-prone countries.

The construction of the wall no doubt faces numerous obstacles (including funding), while the executive order on travel restrictions is now tied up in court. Nevertheless, these are action items that conservatives in the GOP base overwhelmingly support.

Down the road, there are numerous opportunities for making big changes and inking lasting legislative deals in the Trump era. The administration and congressional Republicans are now pursuing broad-ranging tax reform, a goal all conservatives have considered laudable for a long time. Though the recent failure to repeal Obamacare was disappointing, another compromise may well be possible down the road. Conservatives should remember that such an effort would have never been attempted by Hillary Clinton, Trump’s Democratic opponent in the presidential race.

Certainly, Trump will not follow traditional conservatism on certain policy issues. In particular, he differs significantly from GOP orthodoxy on free trade. On the campaign trail, he repeatedly threatened to impose stiff tariffs on imports from America’s major trading partners (45 percent tariff on imports from China and 35 percent on Mexico). Since assuming office, his administration has withdrawn U.S. participation in the Trans-Pacific Partnership, a free trade pact that free-market conservatives widely supported.

Conservatives will have to take Trump as he is, and attempt to find common ground on the issues where they differ. Whatever their qualms might have been, Trump has proven during his short time in office that he is, in fact, what former Speaker Newt Gingrich described during the election: “a natural ally of conservatism.” He has concluded, as Gingrich has argued, “that bureaucracy doesn’t work, that political correctness is stupid and that American interests as a nation deserves to be protected.” These conclusions fall well in alignment with conservative thought, and conservatives should be glad that the Trump administration has attempted to translate some of them into policy.

Of course, governing requires mundane policy details and actual legislative achievements. The Trump presidency has given America a grand spectacle that is far more captivating in numerous other ways. For instance, when the president recently tweeted that everyone should watch Justice with Judge Jeanine on Fox News and the good judge delivered a strongly worded monologue calling for Speaker Ryan to step down, speculations abound about whether President Trump agreed with Judge Jeanine’s sentiments. The ensuing drama alone attracted more attention than Trump’s entire regulatory reform agenda.

Yet despite all the controversies and all the indignation from the mainstream media, the administration has outlined a blueprint for bold action and reform. Conservatives should not be afraid or ashamed to like it.

Ying Ma is the former deputy director of a pro-Trump super PAC and the author of Chinese Girl in the Ghetto.