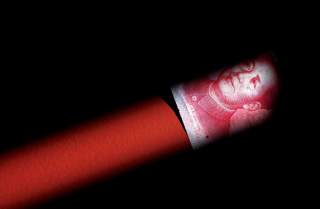 Anti-Chinese sentiments have reached a high pitch as Sen. Tom Cotton (R-AR) suggested that the coronavirus may well be the result of a bioweapon that escaped a lab in China. While Robert B. Zoellick has noted that “the American political class has finally come up with a bipartisan policy: denouncing China.” Zoellick, based on his experience as a former president of the World Bank, deputy secretary of state, and trade representative, has pointed out that China has moved away from its isolationist past; that by 2005 it was a member of several key international organizations, including three large bodies focused on economics (the International Monetary Fund, the World Trade Organization, and the World Bank). China, he concludes, was being integrated into the international system, fashioned by the United States. He suggests that we should treat China as a competitor rather than as an enemy, best by improving our economy, society, and institutions.

Many of the concerns about China becoming a global power and threatening the United States are based on China’s rapid economic growth. It is often stated that the size of China’s economy will soon surpass that of the United States. The size of a country’s economy is a major consideration because it reveals the number of assets that are potentially available for the country’s military. However, statements comparing the size of the U.S. and Chinese economies ignore the fact that China has four times the population of the United States and, hence, its per capita gross domestic product is $18,200, similar to the that of Belarus ($18,900), Turkmenistan ($18,200), and Azerbaijan ($17,500). Meanwhile, the per capita gross domestic product of the United States is $59,800, which is triple that of China. Even if the Chinese economy catches up with that of the United States in overall size, having four times more people to provide for means that China is less able to divert large parts of its economy to the military. One may say that a dictatorship is more capable of squeezing its people than a democracy, as we have seen in North Korea. However, the legitimacy of the Chinese government is largely based on its promise to provide its people ever-growing affluence. Belt-tightening to engage in an arms race—especially in an economy that is slowing down—will not come easily.

Moreover, China faces major social challenges. One reason is that, as a result of its economic growth, the country now has a sizable middle class—with rising demands. Hundreds of millions of Chinese now seek better health care, less pollution, and better schools, which are all costly items. And half of the Chinese population, some five hundred million people, are still quite poor and are eager to get what the other half has gained. Social tensions are rising, as is evident by the large number of demonstrations. Furthermore, because of the one-child policy, the population is rapidly aging, which raises numerous social problems.

There is no question that China has vastly increased its military power over the last decade but the details are often overblown. Each item that China alarmists raise deserves a second look. Thus, much has been made of China’s anti-access/area-denial missiles, but note that these missiles are land-based missiles and have a limited range. They can be used to ward off a U.S. attack but they can hardly be used to attack the United States, Japan, or even Taiwan. China’s militarization of various small islands has received a great deal of attention. However, in a military confrontation, these islands are like marooned aircraft carriers, sitting ducks to be wiped out by pre-targeted American missiles. Frequent references are made to China’s large investments in the Silk Road; however, the resulting roads, rails, and bridges are used by one and all and not monopolized by China. True, they make it easier to trade with China, but most nations involved continue to ally themselves with the U.S. or seek to avoid commitment to either camp. China has very few and only weak allies (other than North Korea). Many of the nations that benefit from Chinese loans and investments are pushing back as they realize that China is seeking to influence their policies.

A high-ranking Defense Department official recently spoke at a DC think tank, where the briefings follow the Chatham House rules (namely, that one is free to quote what one learned but may not name the source nor the venue). The official started by stating that the U.S. strategic posture has changed, downgrading the Middle East (which we seek to largely leave to other powers to contend with) and focusing on China (and Russia), because China poses a major threat to the United States. When he was asked why the United States considers China such a power, given all the challenges cited above, he revealed that “All the presidents I worked under ordered us to ensure that China will not dominate the Western Pacific!” The real issue hence seems to be whether the United States is willing to allow China to gain some power in its sphere of influence or whether it will treat any change in the status quo as a national threat.

Like many nations, the United States is susceptible to the hidden benefits of making an enemy where none exists. Psychologically, such enemies can serve to unite a nation that is deeply divided and mobilize it to excel. Politically, often those who call for rallying around the flag do better than those who call for international cooperation. And economically, there are many corporations that push for large defense outlays. We hence need to guard against these tendencies and remember that we vastly overestimated the threat of the USSR—only to find that it collapsed largely under its own weight.

Amitai Etzioni is a university professor and professor of international affairs at The George Washington University. He is the author of Avoiding War with China. His latest book, Reclaiming Patriotism, was published by the University of Virginia Press in 2019 and is available for download without charge.