Why Sweden Can Handle Its Spending Better Than America 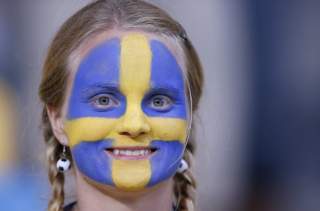 With Bernie Sanders and Elizabeth Warren among the front-runners for the Democratic presidential nomination, Americans have heard more about socialism lately. It’s a vague term that could refer to anything from the rigid central planning of the former Soviet Union to the social democracy of Sweden. American progressives tend to associate their bold ideas, such as Medicare for All and the Green New Deal, with the latter.

It’s true that Americans could learn a lot from Sweden—including how to implement some fiscal discipline.

Sweden is a prosperous country with a large government sector, but is it prosperous because of its brand of socialism? Many Swedish economists, including Johan Norberg and Lars Jonung, would answer with an emphatic “no.” Their interpretation of economic history is that Sweden became prosperous as a result of one hundred years of growth between 1870 and 1970.

That century—characterized by a market economy, not rigid government direction—transformed the Swedish economy from one of the poorest in Europe to one of the richest. After socialist policies became prominent between 1970 and 1990, the economic growth rate decreased. For instance, no large and prominent Swedish firms were started after 1970. Additionally, an economic crisis in 1992-93 forced major fiscal reform away from Sweden’s more extreme Socialist policies.

Sweden has comprehensive health insurance, for example, but Swedes can choose to be treated by private doctors. Since 1992, vouchers have allowed people to choose their children’s schools. Studies showed that Swedish students were taking too long to complete college, so the higher education stipends they receive now come with time limits.

Sweden had a tax on wealth, but along with Germany, the Netherlands, and Austria, it abandoned it. When an extremely high percentage of Swedes—one of the world’s healthiest populations—were claiming sick leave, Sweden retreated from its once-generous policy of paying them 80 percent of their normal earnings. Sweden also has an efficient regulatory process with less red tape than the United States, according to the Heritage Economic Freedom Index.

The 1990s crisis that precipitated much of these positive reforms came as the result of persistently large government budget deficits (more than 10 percent of GDP) and a rise in government debt to 75 percent of GDP. Today, Sweden has an orderly framework with precise limits on government spending, taxation, and borrowing that is monitored by a fiscal council. The initial goal was to reduce the debt-to-GDP ratio by requiring small budget surpluses over the business cycle. As a result, the debt fell to 40 percent of GDP by 2018.

Importantly, these fiscal policies did not prevent Sweden from growing faster than Germany and other major EU countries. The Swedish fiscal approach is not just wishful thinking. It has been consistently and successfully implemented for over twenty years.

Would a Swedish-style fiscal reform be useful for the United States? Fiscal discipline has not been completely absent from U.S. history. From 1790 to 1968, the gross debt-to-GDP ratio fluctuated inconsistently. Only since then has it risen almost continuously. In 1968, it was 31 percent, and by early 2019, it was 104 percent—the largest in peacetime history.

The 2018 tax cuts, as well as the increase in spending and suspension of the Congressional debt limit signed by President Trump in July, added further to the debt. Unlike Sweden, the United States lacks a coherent fiscal policy as neither party demonstrates a commitment to limiting the debt.

Debates continue over how much of a problem our debt really is. My Mercatus Center research with Qingliang Fan and Mehmet Caner presents evidence that recent debt levels have already reduced the rate of economic growth. Not only has Congress resorted to more debt financing, but it has also changed the composition of its budgets in growth-harming ways, switching spending from government investments like infrastructure and basic research to government consumption that redistributes income from one group to another.

Of course, much of this is mandatory, and Congress has dwindling control over its budget. The increases in spending have gone overwhelmingly to Social Security, Medicare, and Medicaid. This leaves little for discretionary spending, which has fallen from 62 percent of the 1968 budget to 31 percent in 2018. Even worse, the Congressional Budget Office projects it to decline to 18 percent by 2049.

Sweden has plenty of experience with socialist policies. It also found a way to achieve fiscal discipline without harming economic growth. Its experience should be informative for both American political parties.

Thomas Grennes is an emeritus professor of economics at North Carolina State University and coauthor of the recent study with Mehmet Caner and Qingliang Fan, “New Evidence on Debt as an Obstacle to U.S. Economic Growth,” published by the Mercatus Center at George Mason University.