Why the Federal Reserve Should Focus on America's Wage Problem 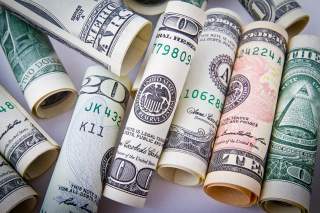 Following the recession in 2001–02, the U.S. recovery saw few jobs gains, earning it the moniker “the jobless recovery.” Certainly, the U.S. economy created jobs, but the number was mediocre. The economy grew, but the employment figures never seemed to keep pace. All recoveries have their disappointments. Unfortunately, the present recovery will be remembered in a similar vein—the wageless recovery.

On the surface, wage growth does not appear too bleak. Recently, gains even appear to have been accelerating. Released monthly by the Bureau of Labor Statistics, average hourly earnings have shifted to a quicker clip—from around 2 percent growth from 2013 to 2015 to more than 2.5 percent today. Without looking beneath the surface, those figures look reasonable.

But this is predominately a façade. After all, workers benefit from wages that rise more than inflation. This increases purchasing power and spurs consumption, driving economic growth. Not to mention wages outpacing inflation makes people feel richer, encouraging risk taking.

“Real” earnings—after stripping out the effect of inflation—have proven to be extremely tepid. Since the beginning of 2010, the average real wage gain has been a paltry 0.5 percent—far less than preferred.

Real wages are a product of wages and inflation, and higher real wages stemming from wage increases and steady inflation pressures are preferred and lead to the best growth outcomes. If wage growth continues to grow at its normal pace and inflation falls, real wages will rise. In this case, context matters.

In late 2014 and early 2015, oil prices collapsed and inflation followed. For the better part of 2014, inflation was growing at close to 2 percent from a year earlier. By early 2015, it was flat. Wages growth moved higher, but only from a trend of 2 percent to 2.5 percent. This combination of near-zero inflation and higher wage growth pushed real wages to near 2 percent. The fastest clip of the recovery—by far.

The acceleration in wages from 2015 forward was the exception to the rules of this recovery. Real wages grew at their fastest clip of any point during the recovery, but, driven predominately by falling inflation, not for all the correct reasons.

At any rate, the pace was not maintained. Instead, inflation picked back up, and wage growth failed to accelerate. Today real wage growth barely sits above 0 percent. In other words, workers’ wages are making little gains.

There are consequences to a lack of real-wage growth. Granted, they are not as obvious as fewer jobs, but there are issues associated with consistently lower-wage growth. Consumer consumption accounts for more than 70 percent of the U.S. economy, and additional expendable income is critical to growth. A healthier economy leads to more people being hired and (eventually) to a tighter labor market and increasing wages. It is a positive feedback loop—where one positive piece feeds another. But one piece appears to be broken.

Given the United States’ heavy reliance on consumption for growth, the tepidness of the current wage pressures is disconcerting. During the rather lackluster growth of 2016, the contribution of consumption to GDP outpaced overall GDP growth in three out of four quarters (in other words, other lines were in aggregate detracting from growth). Consumption picked up the growth slack following the oil collapse and the subsequent decline in business investment.

Now, with unemployment at less than 5 percent, normally there would be wage pressure, eventually followed by inflation pressures. The Federal Reserve would then be forced to tighten and so forth. This time is different. Wages have already failed to surge, and the question is not when but will.

With inflation facing innumerable long-term headwinds, the Fed should consider paying much closer attention to wages and less to overshooting its inflation target. Without a sustained increase in real wage gains, consumption is unlikely to trend much higher. If the U.S. economy is going to accelerate on a sustainable basis, then wages will need to do so as well. This will—or should—be where the Fed focuses its attention.

Even if the Fed attempts to target wage growth more, it will be nearly impossible for them to do so. Wages are more easily tackled from the auspices of fiscal policy. Many of these policies, including infrastructure spending and tax reform, are on the current administration’s agenda. But a timeline is unclear.

Wages matter—especially in an economy so reliant on the consumer to drive its growth. Without real wage gains, workers and families fail to increase their purchasing power—their incomes may increase, but their lifestyle does not. And can that really be considered a recovery?