Why the U.S. and China Could Deliver a Better 2017 for Asia's Economy 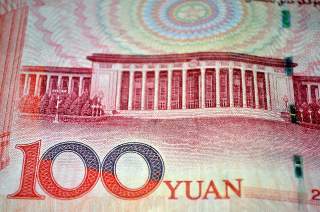 Asia’s Year of the Rooster promises to be a tale of two leaders, with the U.S. and Chinese presidents likely to set the tone in 2017. The relationship between the two top roosters could determine whether Asia can keep crowing over its status as the world economy’s key growth driver or instead lose out to a great-again America.

Recent economic forecasts by organizations including the Asian Development Bank (ADB), the International Monetary Fund (IMF) and the Organization for Economic Cooperation and Development (OECD) point to another year of expansion for Asia, with predicted regional growth in gross domestic product (GPD) of around 5.3 to 5.7 percent in 2017. In contrast, the IMF sees the United States posting 2.2 percent GDP growth next year, while the OECD tips a 2.3 percent expansion for the world’s biggest economy.

But there are plenty of clouds on the horizon for Asia, not least of which is China’s continuing slowdown and the effects of “Trumponomics,” along with rising U.S. interest rates and the spillover effects from a “hard Brexit.”

China: steady as she goes – but mind that debt

China’s communist leadership will be keen to keep the region’s biggest economy on track ahead of its 19th National Congress in the fall. This was reflected in the recent meeting of the Party’s Central Economic Work Conference, which set a key goal for 2017 of stabilizing the economy by containing property and financial risks, rather than tackling structural reform.

This increased focus on short-term stability bodes well for both the Chinese and broader Asian growth outlook in 2017, albeit at greater longer-term risk. The OECD and ADB both project 6.4 percent GDP growth for the world’s second-largest economy next year in their most recent updates, which, while a decline from the 6.7 percent experienced in 2016, represents a significant improvement in sentiment from January’s market meltdown.

Still, significant threats to China’s ability to meet these expectations remain. Interest rate hikes in the United States and souring relations with the incoming president-elect, exacerbated by a controversial phone call between Trump and the Taiwanese president, which may potentially result in a trade war, could derail both the country’s and the region’s economic optimism.

Beijing’s failure to seriously reform its zombie state-owned enterprises also runs the risk of a 1990s-style Japan bust. Chinese debt now exceeds 250 percent of GDP, and with its debt mountain growing at a 30 percent annual rate, a hard landing may lie ahead when the party finally ends.

Japanese Prime Minister Shinzo Abe gave the president-elect a set of golf clubs at their meeting, Trump’s first with a foreign leader after winning the poll. Abe has plenty of reasons to thank the billionaire businessman, with Trumponomics already delivering a rising dollar and falling yen, which has seen Japanese stocks surge and exporter profits and wages along with it.

Should the yen’s recent depreciation continue, the world’s third-largest economy should achieve stronger growth than the recent forecasts of around 1 percent GDP expansion in 2017, ensuring Abe remains the nation’s most popular leader in recent decades.

The downside for Japan is the risk of getting caught in the fallout should Trump follow through on promises to hike tariffs on Chinese imports. Any renewed bout of global instability, such as increased tensions in the South China Sea, could see investors driving the yen higher again in their search for safe haven assets, which would further undermine Abenomics.

India’s shock decision to demonetize 86 percent by value of the physical cash in circulation severely damaged business investment and credit demand, each of which was forecasted to strengthen across late 2016.

However, the short-term pain inflicted upon the nation’s banks, businesses and consumers is likely to result in long-term, widespread gain, thanks to improved access to bank finance for private investment and greater public infrastructure spending due to improved tax revenues.

While the ADB revised down its India 2016 GDP growth rate forecast from 7.6 percent to 7 percent, its projection for next year is for a much improved 7.8 percent growth in GDP, making India the world’s fastest growing major economy.

On the downside for the South Asian powerhouse are risks from external shocks, including rising U.S. interest rates and a further slowdown in China. New Delhi will also have to keep a watchful eye on regional issues, including the Beijing-proposed China-Pakistan Economic Corridor, as superpower rivalry heats up in the Indo-Pacific.

Forecasters remain bullish on Southeast Asia, with the growing middle classes of Indonesia, Malaysia, the Philippines, Vietnam and Thailand pushing regional GDP growth to 4.5 percent in 2016 and a similar pace is expected in 2017.

However, higher U.S. interest rates have already rocked Asian markets and run the risk of a massive capital drain out of emerging economies. With estimates that 80 percent of outstanding bonds from emerging market borrowers are priced in dollars, continued dollar strength could prove extremely costly to the region’s private borrowers, thereby crimping private investment.

Added to the risks are spillover effects from any further slowdown in China, the threat of increased protectionism and the potential for a “hard Brexit” damaging export markets in Europe.

But after the shock-heavy, mischievous Year of the Monkey, Asia will be grateful for a little less of the unexpected in 2017, and the two big roosters could well deliver.