Why Is Trump Raging About the Supreme Court’s Tax Decision? 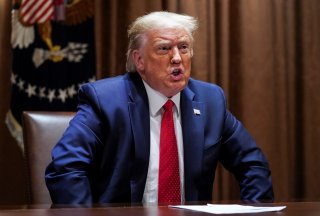 In a turn of events that has enraged President Donald Trump, two of his Justice appointees, Neil Gorsuch and Brett Kavanaugh, ruled against the president in twin landmark Supreme Court decisions Thursday morning. Trump declared that the rulings were “not fair” and part of a “political prosecution.” Trump also attacked Senate Judiciary Committee chairman Lindsey Graham for allegedly failing to pursue his enemies, including former President Barack Obama and former Vice-President Joe Biden, with sufficient avidity: “No Republican Senate Judiciary response.” His responses are likely to have the perverse effect of drawing more attention to a topic that he has sedulously sought to bury: his tax returns.

The Supreme Court ruled that Trump must release eight years of his financial records to New York District Attorney Cyrus R. Vance Jr., but blocked the Democratic House committee-led subpoenas that called for an investigation of hush-money payments. “We reaffirm that principle today and hold that the President is neither absolutely immune from state criminal subpoenas seeking his private papers nor entitled to a heightened standard of need,” Chief Justice John Roberts wrote for the majority opinion in the case with Vance. This directly contradicted Trump’s stand. Trump’s lawyers argued that the president has “absolute immunity.”

New York prosecutors were jubilant. “This is a tremendous victory for our nation’s system of justice and its founding principle that no one – not even a president – is above the law. Our investigation, which was delayed for almost a year by this lawsuit, will resume, guided as always by the grand jury’s solemn obligation to follow the law and the facts, wherever they may lead,” Vance said in a statement. Despite the 7-2 legal defeat for Trump, Vance likely won’t see the records before the presidential elections in November and the public won’t either, according to Norman Eisen, special counsel to the House Judiciary Committee during Trump’s impeachment trial and senior fellow at Brookings Institution. “It was a good day for the rule of law all in all, even if we now face some delay in accountability for Trump,” Eisen told The National Interest. The reaction from some conservatives was that the rulings are no big deal. Writing in National Review, Andrew McCarthy observed, “As a practical matter, although these cases go down as legal losses for the presidency, the Court’s remand back to lower courts ensures that the wrangling will go on for months — until long after Election Day. That’s a big political win for the president.”

The New York grand jury could vote to indict Trump before the election in November. In addition, Trump likely faces significant legal difficulties in the future, especially if he loses in November. Domenico Montanaro even speculates that his entire fortune could be at risk. But a former federal prosecutor suggests that any indictment in coming months is most unlikely and indeed that Trump has won the political battle. According to him, “the Court’s opinion gives prosecutors broad power to subpoena a president’s private papers. In the short term, the opinion most likely lets Trump run out the clock. He does not have any viable challenges to the subpoenas. But his lawyers can come up with something and, unless all parts of the courts system are highly motivated, the Manhattan DA will not get these records before the election.”

In the decision involving House committees, Trump won 7-2, with the case now being sent to a lower court for a deeper examination. Although the outcome seems like a political win for Trump, the congressional subpoenas are being referred for further review. Democrats are trying to make political hay out of the rulings. “For far too long, President Trump has shown utter contempt for this principle. He has refused to turn over documents to Congress with no legitimate legal basis, repeatedly blocked witnesses from testifying even when subpoenaed, attacked independent Inspectors General for doing their jobs, failed to cooperate with the nonpartisan Government Accountability Office, publicly criticized independent judges for rulings he disliked, and pressured prosecutorial decision-making to benefit himself, his friends, and his allies,” Representative Carolyn Maloney (D-NY), chairwoman of the House Oversight and Reform Committee, one of the three committees that subpoenaed Trump’s accounting firm, Mazars USA, said in a statement.

But the House Democrats were reproved by the Court. “The House’s approach fails to take adequate account of the significant separation of powers issues raised by congressional subpoenas for the President’s information. Congress and the President have an ongoing institutional relationship as the ‘opposite and rival’ political branches established by the Constitution,” Roberts wrote for the majority opinion.

Here, too, Trump was not satisfied to pocket the win. Instead, he went on the attack. “The Supreme Court sends case back to lower court, arguments to continue. This is all a political prosecution. I won the Mueller Witch Hunt, and others, and now I have to keep fighting in a politically corrupt New York. Not fair to this Presidency or Administration,” Trump tweeted. Requests for Trump’s tax returns have been advocated since his presidential campaign in 2016. Trump is the first president to not publicly release his tax returns since President Richard Nixon.

The case involving Vance is looking into centers on illegal payments made to women who claim to have had an affair with the president. Michael D. Cohen, Trump’s former lawyer, is serving jail time for the role he played in these silenced interactions. Vance’s office issued a subpoena to Mazars USA.

In the case involving the congressional committees, the House Oversight and Reform Committee is investigating the president’s financial records from Mazars USA. The House Financial Services and Intelligence Committees issued subpoenas last year to Trump’s lenders: Deutsche Bank and Capital One. The Mazars decision means that Congress has the right to financial and other information from the president, but there is much more to do on remand to apply the new test the Court established.

If Trump’s initial fury is anything to go by, he will continue to denounce the court, particularly as he heads to an outdoor rally this Saturday in New Hampshire. “This is about PROSECUTORIAL MISCONDUCT. We catch the other side SPYING on my campaign, the biggest political crime and scandal in US history, and NOTHING HAPPENS. But despite this, I have done more than any President in history in first 3 1/2 years,” Trump tweeted. Even as Trump depicts himself as a victim, however, Biden is emphasizing that he has released his tax returns for several decades and alleging that Trump is the one guilty of corruption. The longer Trump focuses on his own taxes, the more he will help Biden turn away attention from his son Hunter’s role in Ukraine and back onto the president himself.