Why Turkey and Israel Are Back on Speaking Terms 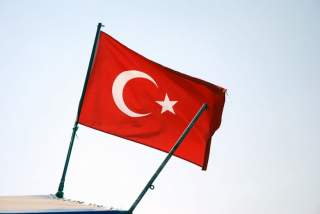 Turkey and Israel are reported to be on the verge of reestablishing full diplomatic ties after more than half a decade. This will have implications for the Syrian conflict, natural gas exports and Saudi-Israeli relations. The history of how Israel and Turkey had such a deep falling out goes back seven years. In January 2009, at a World Economic Forum meeting at Davos, members of an international panel were waiting to wrap up and get to dinner when Prime Minister Recep Tayyip Erdoğan demanded to respond to Israel’s President Shimon Peres. Taking off his simultaneous translation earphones, he told Peres, “Maybe you are feeling guilty and that is why you are so strong in your words. You killed people. I remember the children who died on beaches.”

A little over a year later, on May 31, 2010, nine Turkish activists from IHH Humanitarian Relief Foundation were killed during an Israeli commando raid on the Mavi Marmara cruise ship that was trying to break Israel’s blockade of the Gaza Strip. Erdoğan ordered the Turkish ambassador to leave the Jewish state immediately, claiming the raid was contrary to international law and tantamount to “inhumane state terrorism.”

Relations between the two countries cooled severely. Given Turkey’s relationship with Hamas and the Muslim Brotherhood president Mohamed Morsi in Egypt, it seemed to be growing closer to groups that were traditionally hostile to Israel. Hamas and Israel have fought three wars in Gaza since 2009, and Turkey has demanded Israel lift its blockade of the small strip. However, in the last year, things have taken a dramatic turn. Returning from a trip to Saudi Arabia, Erdoğan told reporters that Turkey “needs” Israel and asserted that Israel needed Turkey, “a fact of the region.”

In April the Anadolu news agency, which is close to the Turkish government, reported that the foreign ministry undersecretary Feridun Sinirlioğlu was in London to meet an Israeli team led by Joseph Ciechanover, a special envoy of Israel’s Prime Minister Netanyahu. “The teams made progress towards finalizing the agreement.” On June 13, sources told Anadolu that Turkey would be appointing a new ambassador to Israel, as if it was a matter of routine. But there was nothing routine about it. The normalization agreement was supposed to include long-term Turkish demands at compensation for the deaths in 2010, as well as a decision about Gaza. Netanyahu had consented to another Turkish demand in 2013 by issuing an apology of sorts in a phone conversation with Erdoğan. President Barack Obama was reported to have a close role in encouraging the conversation to take place.

Israel has always sought to maintain good relations with the Turks, and the two countries had enjoyed relatively warm relations since the 1950s. Turkey was the first Muslim country to recognize Israel. As a powerful non-Arab state in the region and NATO member, Turkey was aligned with Israel during the Cold War. Several founders of the state of Israel were educated in Istanbul, and there was an affinity between the two country’s national movements.

The rise of the AKP in Turkey’s 2002 elections changed the diplomatic playing field. New faces in Ankara were less interested in Israel and more interested in a new regional paradigm that would see rising Turkish influence. Turkey sought to mediate between Israel and Syria over the Golan Heights in 2009. Erdoğan was shocked by Prime Minister Ehud Olmert visiting him in 2009 and then going to war in Gaza, rather than concluding a deal with Syria. Hürriyet noted that Erdoğan was “personally offended” and felt humiliated. It was in this context that Erdoğan sat with Peres at Davos and accused him of killing Gazans.

When IHH planned to send hundreds of activists to Gaza and acquired a four-thousand-ton vessel with capacity for one thousand passengers, there was ample time for Turkish authorities to intervene, and some members of Turkey’s foreign ministry tried to stop the voyage from turning into an incident with Israel. A Turkish source knowledgeable of the incident says he thinks the Marmara affair was a blunder that Israel and Turkey both caused, and he blamed Israel’s Defense Minister Ehud Barak for wanting to “teach the Turks a lesson.” The resulting deaths irrevocably harmed relations. “It is like a precious vase, broken—which can be put back together but is not the same.” I spoke with former Turkish foreign minister Yaşar Yakış in 2014 and he asserted that the countries have many converging interests in the region. “They are the only two countries with proper democracy . . . they have interest in cooperation.” Other Turkish officials at the time seemed keen on renewing relations if Israel could come to some agreement with the Palestinians and be more flexible on Gaza.

Reuters recently reported that in March of 2016, Energy Minister Yuval Steinitz met Erdoğan in Washington. “The meeting . . . discussed the war in Syria, Iran’s presence there, terrorism—and natural gas.” Reuters claimed that the issue of Israeli exports of natural gas to Turkey were an essential piece of the puzzle because Turkey has been weaned of Russian gas since their relations strained over Syria.

The larger picture is the regional chaos that has unfolded since the break in relations in 2010. The Arab Spring in 2011 brought Morsi to power in Egypt. and when rebellion broke out in Syria, Turkey hoped that the Syrian rebels, whose more Sunni Islamic ideology tended to meld well with Turkey’s own AKP, would push Bashar al-Assad from power. But the rebels faltered, Islamic State took over part of Syria, and the United States and UK decided not to bomb Assad in 2013. Turkey continues to support Syria’s rebels, but it knows Assad will not fall. Morsi was pushed from power in 2013 in what Turkey considers a coup.

Since 2014, therefore, Turkey has been searching to renew ties with Israel. Saudi Arabia’s tensions with Iran and the United States after the Iran deal in 2015 have made the Saudis, who are close to Erdoğan, encourage rapprochement with Israel. This is part of a new regional reality, where those countries, along with Qatar and Jordan, fear spillover from Syria and Iraq.

Renewed ties between Israel and Turkey will be helpful for the region, as they both have strong economies and democratic frameworks, as well as some mutual interests in Syria and Iraq. Whether renewed ties will mean cooperation on issues is unclear; the symbol of the broken vase is likely to prevail. Israeli tourists used to flock to Turkey—some of that may return, as well as discussions over natural gas as an economic force for renewed ties. Israel is not going to lift the blockade of Gaza anytime soon, but Turkey will likely press for increased aid to the strip via the port of Ashdod.

On June 20, Israel’s Minister of Intelligence and Transportation Israel Katz announced that there were plans for an artificial island near Gaza to facilitate trade, and according to reports, they were looking for investors. Perhaps the Turks would like to play a role in such an unlikely scheme.