Why Updating the Department of Homeland Security's Acquisition Systems Matters 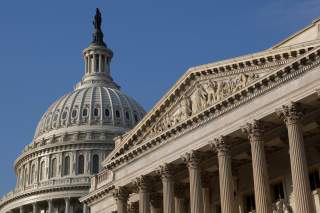 Reauthorizing the Department of Homeland Security

The Department of Homeland Security (DHS) has made progress in strengthening its management functions. However, a 2017 Government Accountability Office report stressed the department must continue “to show measurable, sustainable progress in implementing corrective actions and achieving outcomes,” including in acquisitions.

As part of the discussion about reauthorizing DHS, the Congress might want to consider how to improve acquisitions. Rather than focusing exclusively on the steps in the acquisition process, that discussion could also include consideration of pre and post-acquisition activities such as requirements generation, research and development, and lifecycle support. In fact, the foundations for developing successful programs and capabilities begins well before and continues long after the acquisition is completed.

Early development of user requirements remains essential to successful acquisitions. Research and development activities provide useful opportunities to learn about possibilities, experiment with concepts and refine system requirements. Users become better consumers through R&D activities, can better define their requirements and will likely have a final product that better reflects their operational needs.

While DHS conducts limited research, every component is involved in development. Only the Science and Technology Directorate, the Domestic Nuclear Detection Agency, and U.S. Coast Guard conduct basic and applied research. But development includes gaining a knowledge or understanding of the "materials, devices and systems, or methods" to be involved in the acquisition. It also includes developing prototypes and new processes as well as the validation of the system in a simulated and operational environment. In effect, the R&D and acquisition systems overlap with operational requirements as the glue that binds them together.

Research, development and acquisition are not necessarily sequential and the interactions between them continually evolve for each program or capability being developed. For example, in the Biowatch Generation 3 program, an acquisition program designed to improve the nation’s system for detecting a biological attack, it was determined that the technology had not matured to the level required to meet the system requirements. The result was the 2014 cancellation of the acquisition program by Secretary Jeh Johnson and a return of the program to the early R&D phases.

DHS programs such as the Joint Requirements Council (JRC) and the Integrated Investment Lifecycle Model reflect the department’s desire to manage critical requirements and build better acquisition programs. Integrated Process Teams (IPTs) were established in 2015 to “focus its research and development (R&D) efforts to develop technology solutions that address the most critical needs.”

However, the relationship between the JRC and IPTs remains ill-defined and challenging to manage in practice. Both include component representatives, with the JRC bringing requirements forward for certification and the IPTs for R&D priorities. However, they are not aligned and are at times out of sync.

In short, several departmental staff elements have roles in the DHS acquisition system which are not fully coordinated or synchronized. DHS Science and Technology has primacy on R&D and uses the IPTs to identify R&D priorities. The JRC—under the direction of the deputy secretary—has the responsibility “to help inform investment priorities and identify, develop, and approve department needs.” The Under Secretary for Management manages the formal acquisition process. The transitions, and in some cases, disconnects, between the organizations within this larger capability development process create programmatic risk. New legislation could be useful in firmly codifying the relationship between the JRC and IPT, and where they should reside in DHS.

Accounting for the breadth of R&D that is ongoing within the components has been a source of concern over the years with Congress requesting greater insight into R&D activities. An elevated role for R&D at the front end of all major acquisitions would provide a forum for addressing this issue.

Aligning requirements, research, development and acquisition priorities has the potential to greatly improve operational effectiveness and reduce the programmatic risks within DHS acquisitions. Identifying greater incentives for developing well defined requirements and conducting R&D (both prior to and during the acquisition process) could result in better technical and operational outcomes.

Many of the parts for aligning requirements, research, development and acquisition are in place, but have not been harmonized. Legislation that reinforces these efforts could serve to formalize the relationships, align departmental and component priorities and improve the department's management functions in acquisition.